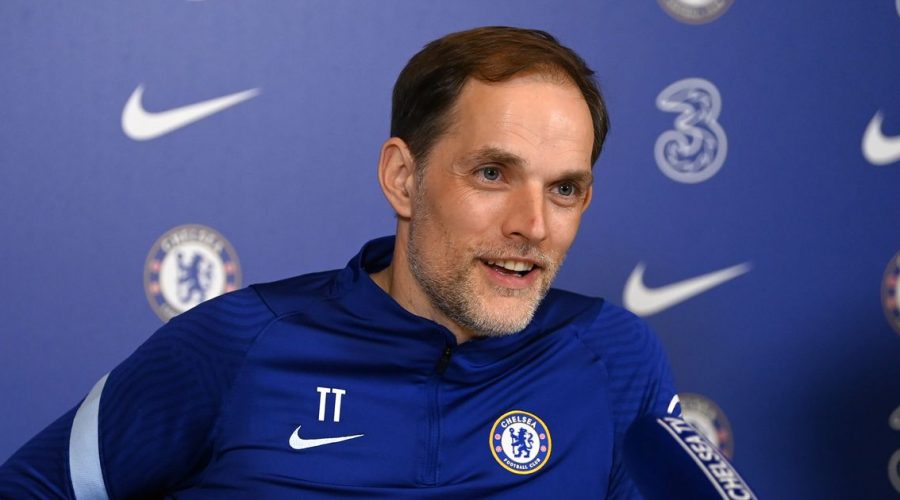 Thomas Tuchel has hinted that he has a different game plan for Chelsea in their Premier League clash against Liverpool.

The Blues can move four points clear of the champions and into the top four with victory at Anfield, sitting fifth in the table – one point and one place ahead of the Reds.

While they have remained unbeaten with their new boss, they have only faced one top-four rival in Manchester United, who they drew 0-0 with at Stamford Bridge.

Tuchel has stuck rigidly to a defensive set-up with three in the back line, two defensive midfielder and flying full-backs.

But his comments on the match and desire to extend the gap between Chelsea and Liverpool in the battle for a top-four finish saw Tuchel imply he could opt for a more attacking style of play.

Speaking in his pre-match press conference, the Blues boss said: “We know about the constellation but we still have 12 matches to go.

“So it will not be the end of the race for the top four but it is a big importance and in the way we play this.

“I hope we can show up with the same mentality and attitude in all the tough challenges that we have faced so far, and there have been a lot.

“This week brings it up quite to the highest level you can imagine. Atletico, Man United, Liverpool and Everton for the race for the top four and in my opinion this race will go up to the end of the 12 games we play.

“Tomorrow is an important fixture. We have a chance to keep the difference and this is what we play for.”

Tuchel arrived last month to replace Frank Lampard, having taken the west London side to ninth in the table. While the Blues are back in the Champions League race, they have only scored 10 goals in their nine games under the German.

But his clash with compatriot Jurgen Klopp, who the 47-year-old wants to emulate i n his time with the London side.

You can see the expected XI for Chelsea against Liverpool at Anfield here.

READ MORE:Tuchel's past four games vs Jurgen Klopp's Liverpool and what can help Chelsea