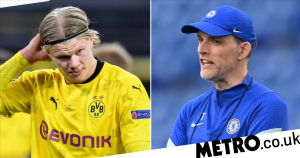 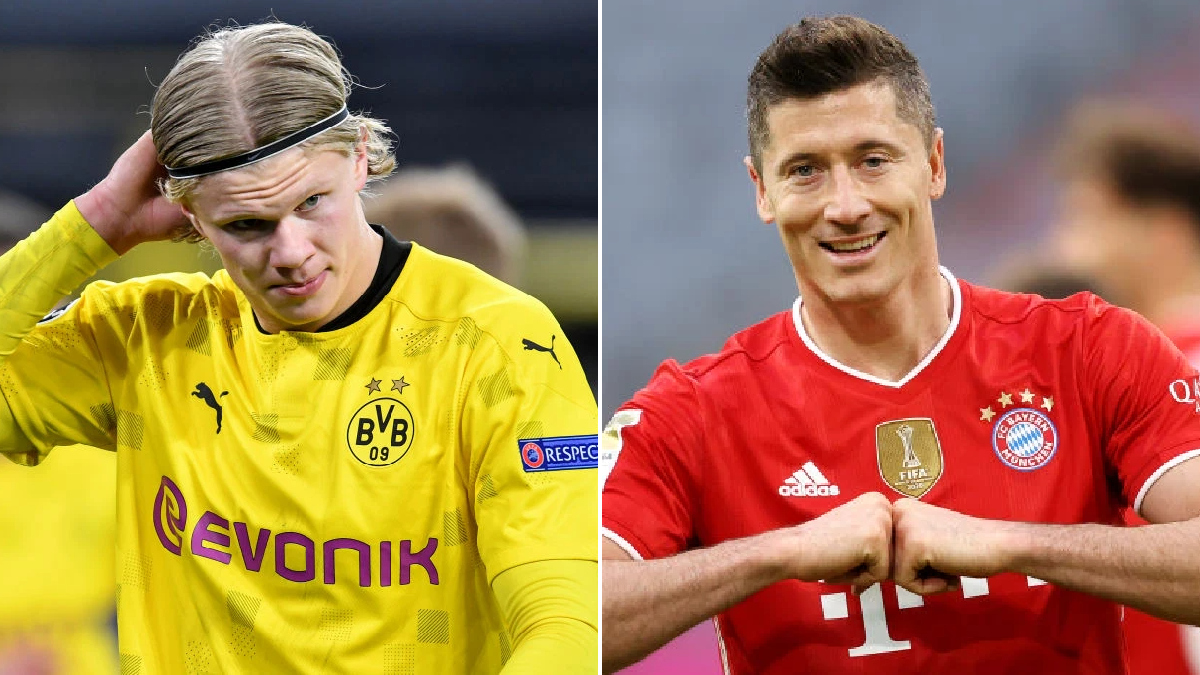 Chelsea are losing hope of signing Erling Haaland this summer and have instead turned their attention to trying to prise Robert Lewandowski away from Bayern Munich, according to reports.

The Champions League holders are eager to bring in a prolific new number nine, with Timo Werner having struggled in front of goal, and had made Haaland their number one target.

But Borussia Dortmund are playing hardball over a fee and it would take an offer of £175million to land the forward, and even then the German club are adamant he is not for sale.

That has forced Chelsea to return to the drawing board and, according to The Sun, they have now revived their interest in Bundesliga top scorer Lewandowski.

Despite turning 33 next month, Tuchel now regards the experienced frontman as ‘his best option’ in a difficult transfer market and could be the ideal signing to finish the hoard of chances his side created last season.

But Lewandowski is contracted to Bayern until 2023 and the German champions are reluctant to let him leave, with a bid of £50million required to land the Pole.

The former Dortmund striker is said to be keen to test himself in the Premier League and would relish a move to west London, while Bayern are described as ‘not unsympathetic’ to his desire for a new adventure.

A move for Lewandowski would represent a big departure from Chelsea’s transfer strategy in recent years, having targeted young, emerging players yet to enter their peak years and only handing one-year deals to players over the age of 30.

The Blues would need to make Lewandowski their highest-paid player at the club, but he could provide exactly the kind of firepower they have been missing – in the short-term at least.

A bid of £50m could be enough to turn Bayern’s head, with the club conscious of his advancing years, and the money could be put towards their own move for Haaland next summer when a £68m release clause becomes active.