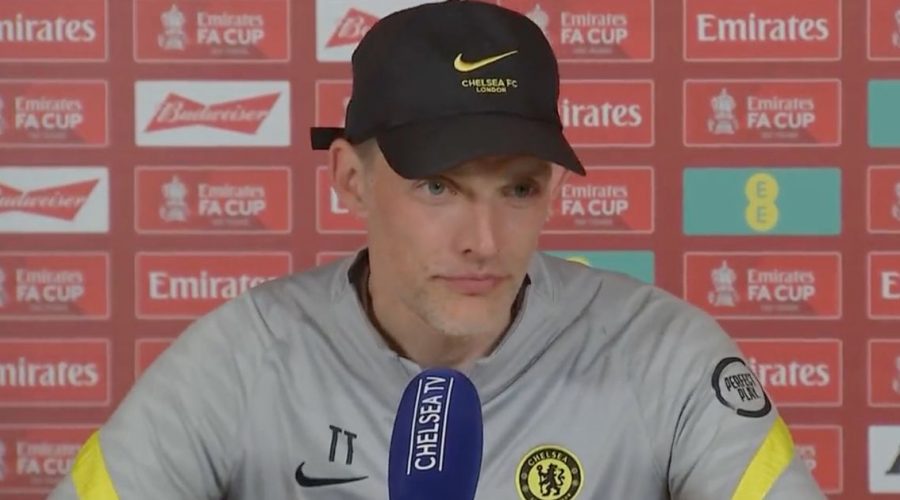 Chelsea boss Thomas Tuchel has revealed the first team players and staff have bought extra tickets out of their own money to ensure academy players and their families can attend the FA Cup final on Saturday.

Sanctions from the government are still placed upon the club while Todd Boehly waits for his £4.25billion takeover to go through. And it meant that with more important costs to cover, the Blues were unable to provide complimentary tickets to their youth players, which has become tradition for whenever they reach a domestic final.

But the senior players and staff were determined to make it happen, with some Cobham graduates now prominent members of the first-team squad. And Tuchel revealed Chelsea’s stars made the classy gesture of dipping into their own pockets to fund their tickets.

“That’s what we did. It’s a big competition. It is one club,” Tuchel said when asked if reports were true. “Normally the club would buy these tickets to provide it for the players’ parents of the academy so we stepped in and bought the tickets for them.

According to Goal, it was star midfielder Mason Mount who played a key role in arranging the tickets for the group of youngsters. The 23-year-old also had help from several other graduates in the squad which could include Trevoh Chalobah, Ruben Loftus-Cheek and Reece James.

It means academy director Neil Bath will be able to distribute tickets for the future generation to see the current crop of stars in action on Saturday evening. And it seems like a fair outcome after some players from the development squad — such as Lewis Hall, Jude Soonsup-Bell, Harvey Vale and Xavier Simons — contributed to their FA Cup third round victory over Chesterfield Town.

HAVE YOUR SAY: Will Chelsea exact revenge on Liverpool and win the FA Cup? Comment below with your score predictions.

The Blues will play Liverpool at Wembley as Tuchel’s men look to win their third trophy of the season, having already clinched the UEFA Super Cup and Club World Cup. It will represent a rematch of the Carabao Cup final in March, which Liverpool won in a tense penalty shootout.

However, there is not expected to be room for the next generation as Tuchel looks likely to name his strongest side possible for the clash. The German has already hinted he could start Romelu Lukaku and Kai Havertz together after the Belgian's return to form with three goals in two games.

"I can play both, although they lacked a bit of a perfect fit together," he added. "It’s very likely that’s it’s one of the two but we will not give the line-up today," he added. "Romelu played and scored lately, he did everything to stay on the pitch and it will be our final call tomorrow morning."