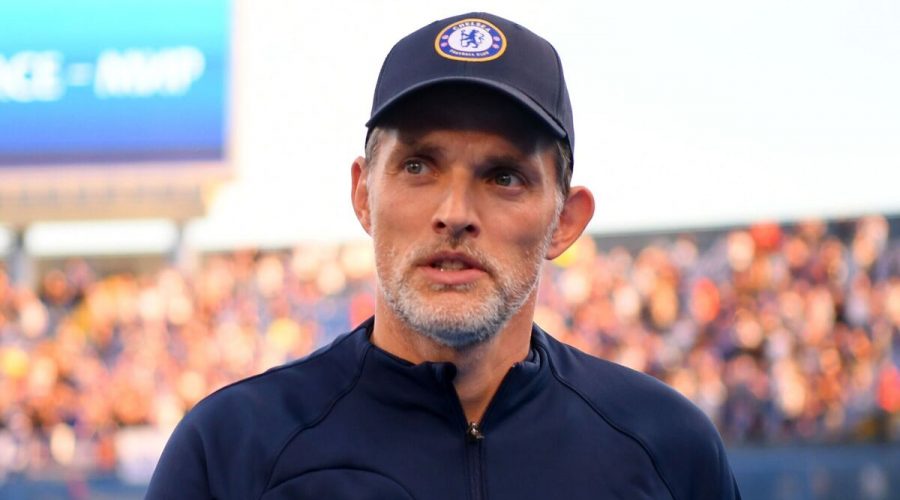 Chelsea vs Crystal Palace in pictures

Former Chelsea boss Thomas Tuchel has been tipped to snub Tottenham if they part company with Antonio Conte. Former Premier League marksman Darren Bent believes the German would be more likely to return to Stamford Bridge, adding that he could land virtually any top job in world football.

Tuchel had a whirlwind spell at Stamford Bridge, beating Manchester City in the Champions League final after just a few months at the helm before being given his marching orders after a year and a half. The German inspired an instant turnaround after replacing Frank Lampard and clinched the Club World Cup alongside his European success.

The former Borussia Dortmund and Paris Saint-Germain boss was still in charge during co-owner Todd Boehly’s summer transfer blowout, but he was curiously sacked shortly after deadline day with Graham Potter placed in charge of an expensively-assembled squad.

Things haven’t gone to plan since, with Potter already facing questions on his future as Chelsea sit 10th in the Premier League table. Spurs boss Conte is under similar pressure with results stalling since the World Cup.

Reports indicate that Tuchel would be keen to take over at the Tottenham Hotspur Stadium if Conte is axed, but Bent, who scored 25 goals in 79 matches for the Lilywhites, believes that the German may be aiming higher than his former club.

“I don’t think he would be [interested], Thomas Tuchel,” Bent told talkSPORT. “No. I could see him potentially going back to Chelsea at some point. Not necessarily straight after Potter but I can’t see him wanting to go to Tottenham. I know there are a couple of managers that have [gone from Chelsea to Tottenham].

“But I think Tuchel – and I’m not saying Spurs aren’t a big club – would be looking at the top echelons of clubs. Realistically, he could go to Real Madrid, Bayern Munich. Most clubs around the world he could go to because his pedigree and body of work speaks for itself.”

The top job at Spurs could be available in the summer even if Daniel Levy doesn’t dismiss Conte, with the Italian’s contract up at the end of the season. Tottenham have the option to extend his stay for another 12 months but fans have been left underwhelmed by recent performances, which have left them trailing fourth-place Newcastle.

Tuchel is currently thought to be enjoying a break from football after a high-pressure stint at Stamford Bridge and the Evening Standard claim that he is not in contact with any potential suitors.

The 49-year-old supposedly enjoyed his 18 months living in London and was linked with the England job before Gareth Southgate’s future was decided. If he returned to management with either Spurs or Chelsea, his former backroom team would be available to join him, with the exception of analyst Benjamin Weber who has since taken up the role of sporting director with SC Paderborn.

January 20, 2023 Soccer Comments Off on Tuchel ‘could go back to Chelsea’ and ‘not interested’ in Spurs job
NFL News