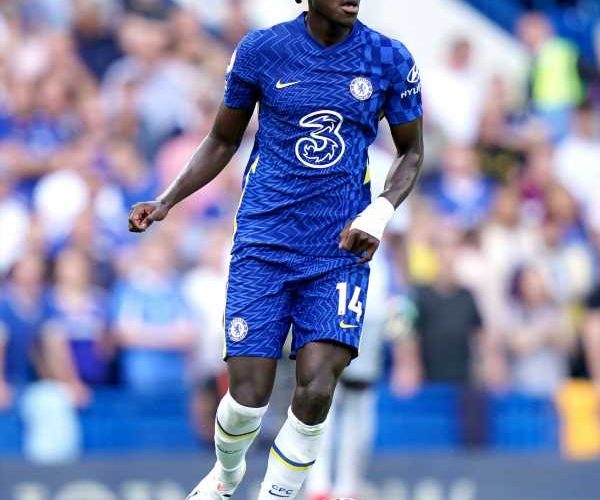 Academy graduate Trevoh Chalobah is determined to remain in Chelsea’s team after being left in tears by a stunning goal on his Premier League debut.

The 22-year-old, who has been with the club since the age of eight, sealed Saturday’s resounding 3-0 success over Crystal Palace with a fine second-half strike from distance.

Chalobah was an eye-catching inclusion in Thomas Tuchel’s starting XI for the top-flight opener, retaining his place ahead of a host of international stars after impressing in the midweek UEFA Super Cup triumph over Villarreal.

“When I first started pre-season my aim was to impress the manager, day in, day out,” he told Chelsea’s website.

“He said I did well in the pre-season, but I was a bit surprised to start the Super Cup, but it shows my work has paid off.

“He has given me the opportunity and I have taken it with both hands. It’s important in football to stay consistent, stay grounded, stay hungry and always want more.

“It’s been a long-held dream to play for this club.”

Chalobah was on loan at French side Lorient last season following similar spells with Ipswich and Huddersfield.

He began in a back three alongside Andreas Christensen and Antonio Rudiger, with Thiago Silva and Kurt Zouma joining England defenders Reece James and Ben Chilwell and Euro 2020 winner Emerson on the bench.

Speaking about his 58th-minute goal, Chalobah said: “My shooting is not really good but sometimes you can hit the ball and be surprised!

“I couldn’t believe it. I didn’t know what to do. I just dropped to my knees and I was crying, really. It was an amazing moment for me and my family.”

The pre-match talk had centred on the £97.5million club-record signing of Romelu Lukaku who was unavailable to due to quarantine rules.

Marcos Alonso’s free-kick and a close-range finish from Christian Pulisic set Chelsea on course for a routine victory.

Having managed three goals in a game for only the second time in his reign and with Lukaku poised to be involved at Arsenal next Sunday, Tuchel wants his team to be more clinical this campaign.

“We are well aware of the, let’s say, problem, or about the situation (of scoring goals),” said the German.

“It was hard for us to convert all the chances we created. We tried to help with the addition of Romelu Lukaku to our squad.

“In the Premier League it will stay super hard to score so we are happy to get three goals.

“We can still improve in the last third, we have to get a bit calmer and more clinical still. We will not stop pushing and looking for solutions.”

Eagles captain James McArthur accepts it will take time to implement Vieira’s methods and called for improvement ahead of next weekend’s meeting with newly-promoted Brentford.

“We weren’t quite at the races. We weren’t happy with the performance and they punished us,” the midfielder told the Eagles’ website.

“They were on it, we weren’t and it was a bad day at the office for us.

“We know we need to be better, we need to make sure we put it right next week.

“There’s been positive signs over the way we tried to play throughout pre-season. We tried to work on our identity of playing. And we’ll keep building on that.”