Follow the latest updates live from the summer transfer window as Premier League clubs look for last-minute reinforcements ahead of the new 2020/21 season, which kicks off this Saturday afternoon. Manchester United’s move for Sergio Reguilon is being held up by Real Madrid’s desire to have a buy-back clause inserted into any deal, with the Spanish right-back wanted by officials at Old Trafford.

Arsenal are set to receive an offer from Aston Villa for in-form goalkeeper Emiliano Martinez, with a deal being targeted in time for their first game of the season, while Manchester City are facing renewed efforts from Barcelona in their attempt to sign centre-back Eric Garcia, who wants out of the Etihad after expressing his decision not to sign a new contract.

Liverpool striker Rhian Brewster is wanted by a number of clubs including Villa, Sheffield United and Brighton, with the Anfield club also looking to insert a buy-back clause in any deal, while Leicester City look set to win the race for Bournemouth midfielder David Brooks despite competition from Manchester United and Liverpool. Follow the live updates below.

Bournemouth midfielder David Brooks looks destined for a return to the Premier League in the coming weeks, following the club’s relegation to the Championship.

The Wales international has been linked with both Manchester United and Liverpool as a potential alternative to their priority targets, but it seems a move to Leicester City is the most likely scenario to unfold this summer.

The Manchester Evening News reports that the 23-year-old looks set for a move to the King Power Stadium, even though he has been valued by Bournemouth at more than £35m. 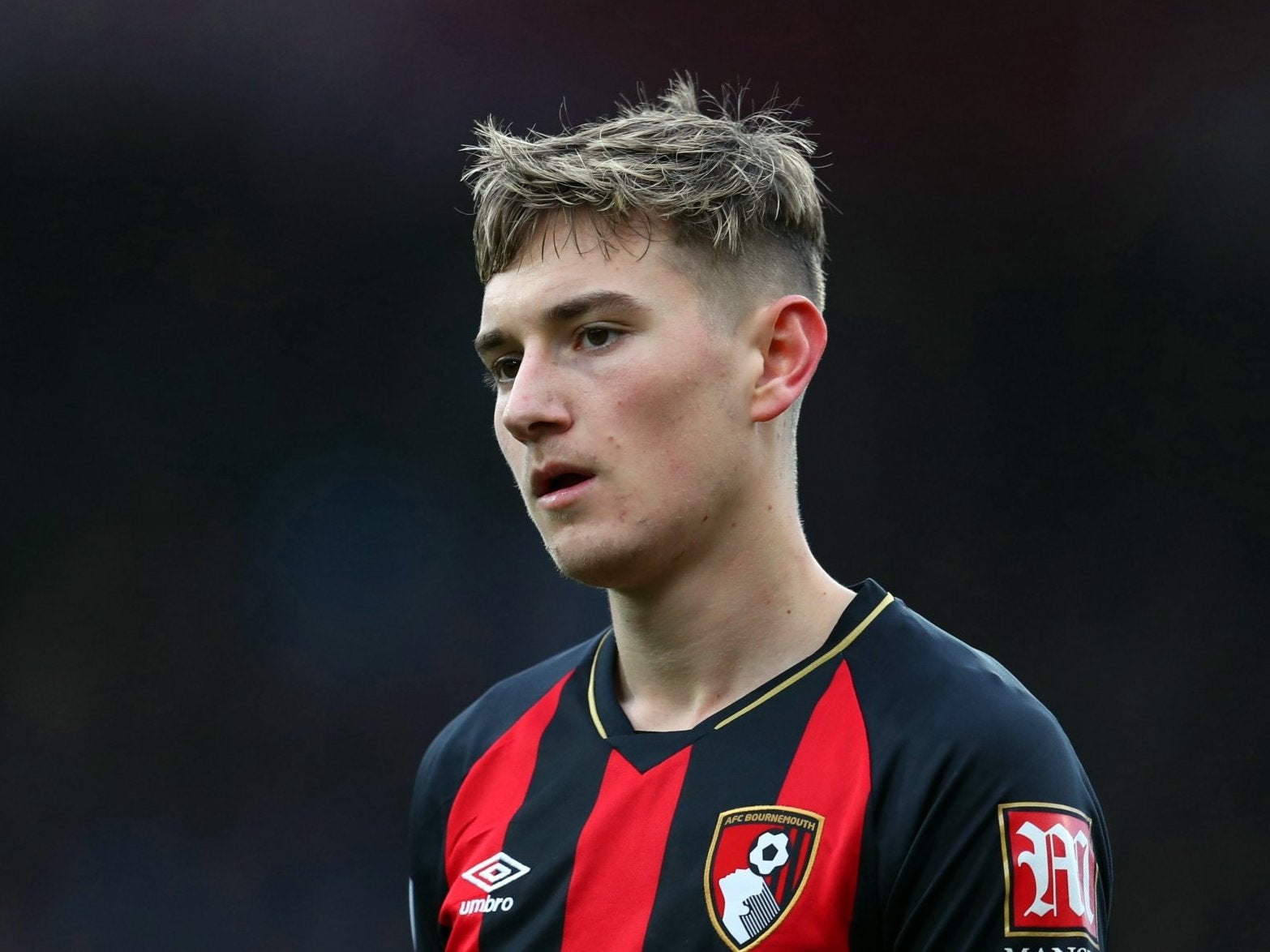 The Wales striker is attracting widespread interest  across the Premier League, and it seems that Liverpool are open to letting him leave the club on a permanent move – on one condition.

The club want to insert a buy-back clause in any deal, according to Sky Sports, which could trigger a £20m offer from Aston Villa.

But while that is good news for Villa, the bad news is that both Brighton and Sheffield United are keen on his services and could look to rival any offer that arrives at Anfield. 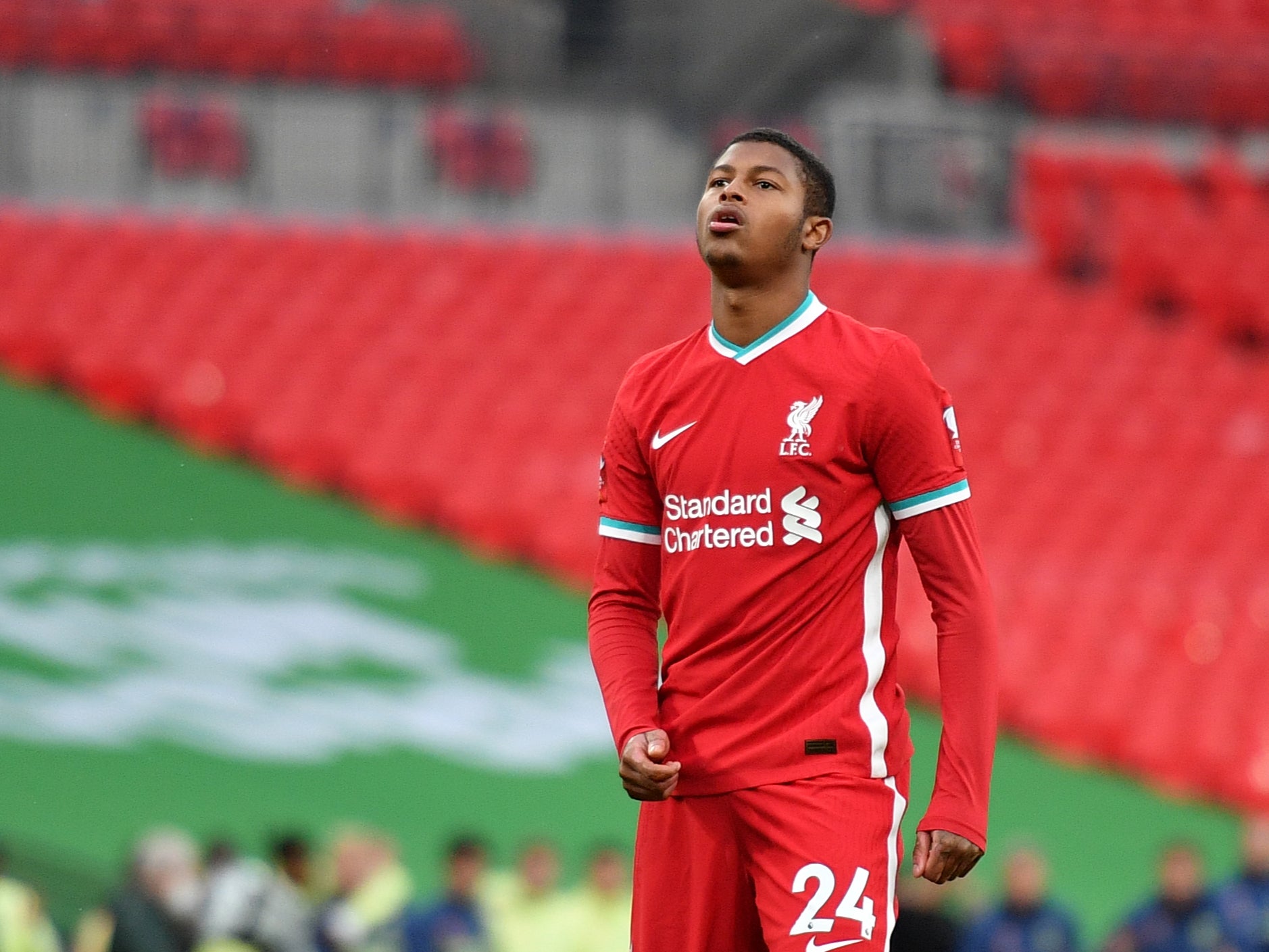 Barcelona continue their efforts to sign Georginio Wijnaldum this summer, with the Liverpool midfielder into the final year of his contract at Anfield.

But the Premier League champions have not given up hope of keeping the Dutch international in the form of. anew contract just yet.

The Independent’s senior football correspondent Melissa Reddy can reveal that Jurgen Klopp will sit down with Wijnaldum in the coming days to discuss his future and attempt to talk him into staying, with Liverpool reluctant to lose a player who was crucial to their title assault last season. 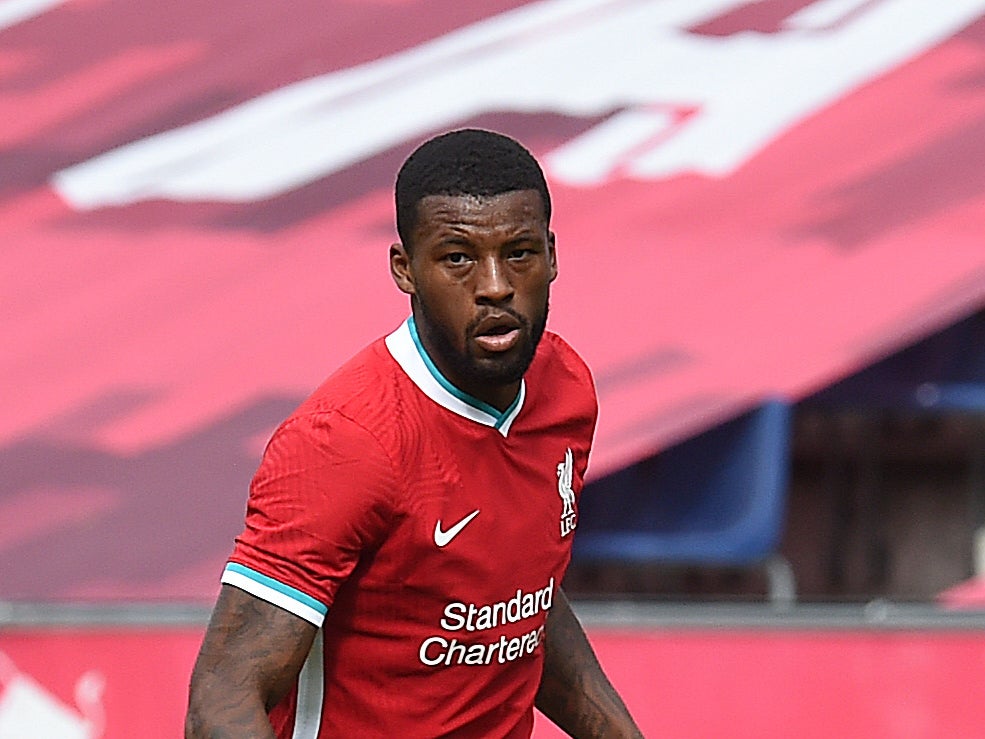 Emiliano Martinez is currently in the form of his life since stepping in for Bernd Leno, with the Argentina goalkeeper helping the club clinch the FA Cup last season and starring as man of the match in last week’s Community Shield triumph over Liverpool.

But there is a distinct possibility that the 28-year-old will not even be an Arsenal player by the end of next week, with Aston Villa targeting a move for Martinez in the coming days.

The Independent revealed last month that Villa want to sign Martinez for around £10m, and the Daily Mail adds that Villa will ramp up their efforts to sign him this week in order to have him between the sticks for the Premier League season-opener against Sheffield United on 21 September. 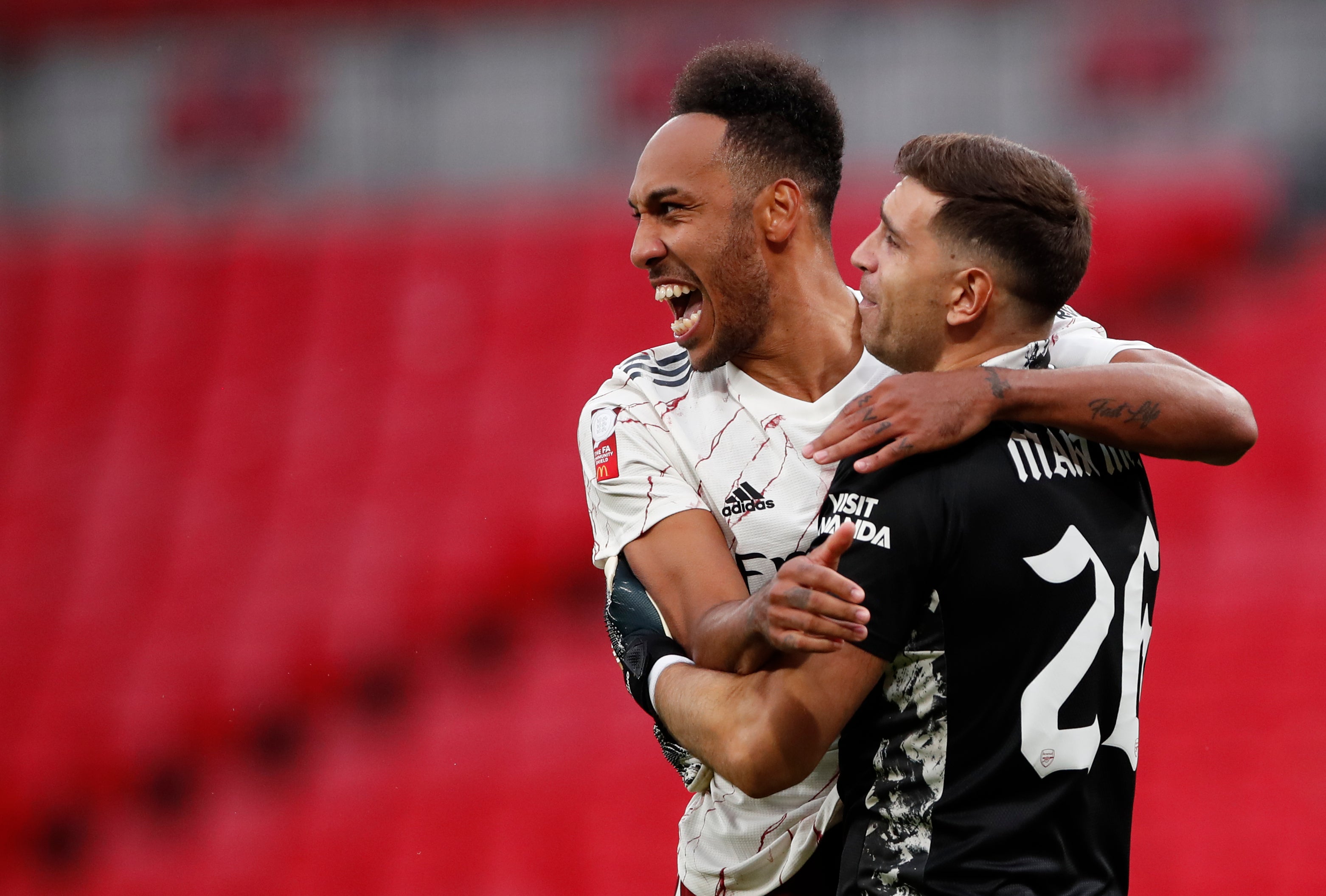 We begin the day at Old Trafford where Manchester United are growing frustrated with the lack of movement in their transfer business.

The delays in doing any deal for Jadon Sancho have been well documented, with Borussia Dortmund unwilling to budge on their £108m valuation, but it is not that pursuit that is top of the headlines this morning.

Instead, it is the move for Real Madrid defender Sergio Reguilon, who is wanted by United to strengthen their full-back reserves in a deal that could be worth around £27m for the 23-year-old.

However, Madrid are holding any successful talks up as they want a buy-back clause inserted into his new contract, according to The Mirror, which would enable the Spanish club to re-sign him if he proves to be a success in the Premier League. 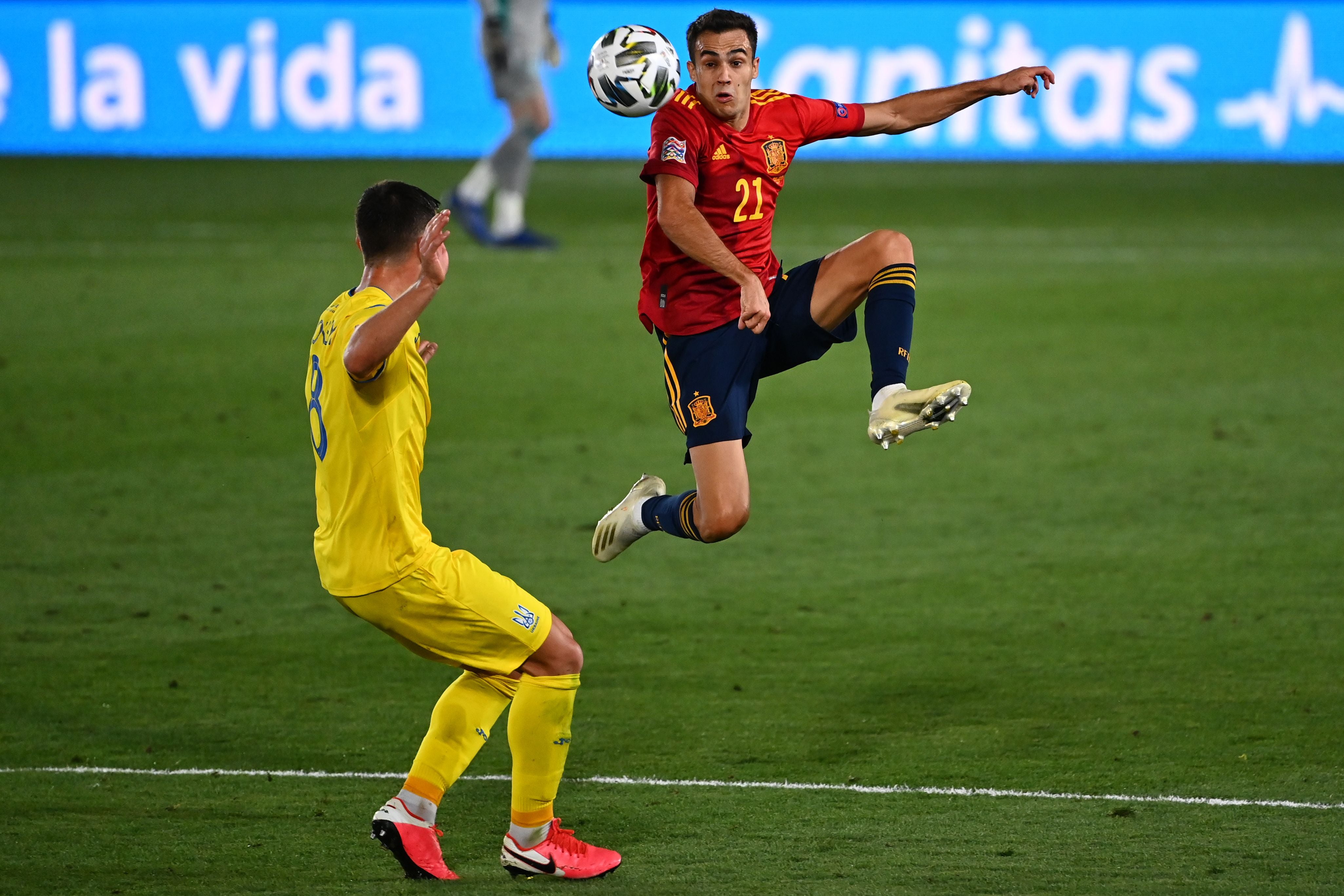