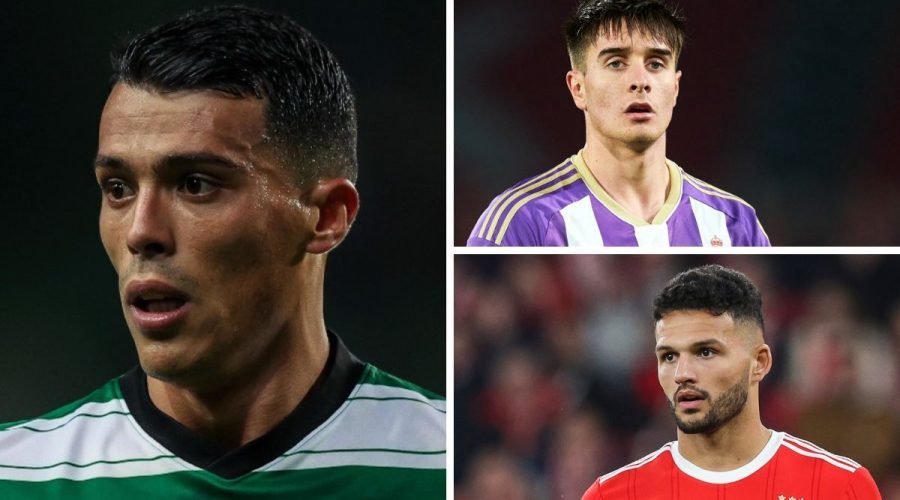 There are just six days of the January transfer window remaining and many clubs from across the Premier League and elsewhere are starting to wrap up their business in the mid-season market. The likes of Chelsea, Arsenal and Manchester United have already welcomed some new faces over the last few weeks but could still be poised to add further quality to their ranks before the all-important deadline at the end of this month.

Chelsea have spent over £150million on player recruitment in January alone but are said to be considering a late swoop for Sporting full-back Pedro Porro, who is also believed to be a priority target for Tottenham. The north Londoners have been in talks regarding a move for Porro in recent days but now seemingly face the possibility of seeing their plans wrecked by Chelsea if the Blues decide to firm up their interest between now and the end of the window.

Arsenal, meanwhile, are thought to be chasing a move for Real Valladolid youngster Ivan Fresneda and could be set to make him their third winter signing after the recent arrivals of Leandro Trossard and Jakub Kiwior. United have also been linked with a handful of big-name players since bringing in Wout Weghorst on loan from Burnley earlier this month, although it remains to be seen if the Red Devils will act to make further improvements to their squad before the window slams shut.

Chelsea are weighing up a late move for the services of Sporting full-back and reported Tottenham target Pedro Porro before the end of the January window.

That’s according to the Evening Standard, who claim that Chelsea are ‘tracking’ the 23-year-old as they seek injury cover for Reece James.

Tottenham have already seen a number of bids knocked back by Sporting but have agreed to meet with the Portuguese club this week in order to finally thrash out a deal.

Hello and welcome to Express Sport‘s live coverage of the latest transfer news and rumours from across the Premier League and elsewhere.

There are still plenty of deals left to be done with just six days until the January window slams shut, with the likes of Manchester United, Arsenal and Chelsea among the clubs to have been linked with a number of potential targets in recent days.

We’ll be on hand to keep you updated with the biggest stories throughout the day, so stay tuned…