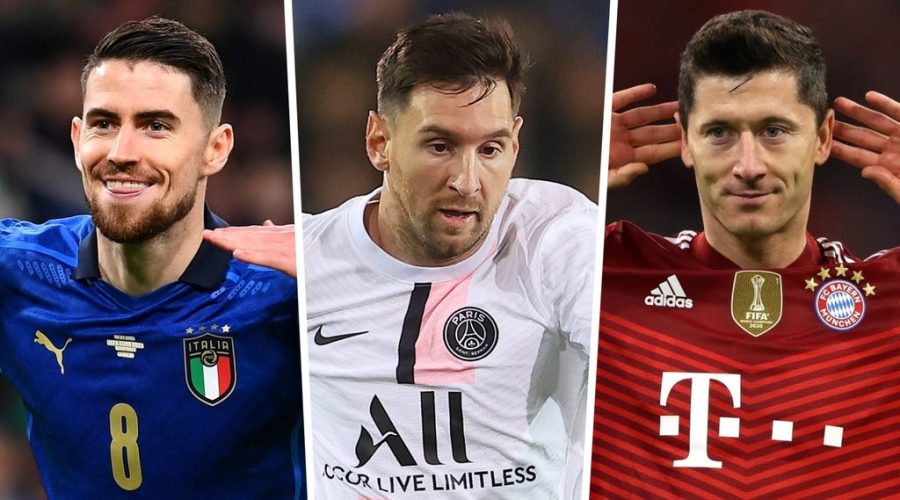 Team of the Year (TOTY) is always one of the biggest promotions on the EA FIFA calendar and there are 80 players in the running to make this year’s FUT Team of the Year.

Voting officially opened on Monday, Jan. 10 and runs until Jan. 17 with the results expected to be announced shortly after.

Here’s everything you need to know about FIFA’s Team of the Year, how it works, when it’s announced and why it’s good news for gamers.

What is the EA FIFA Team of the Year?

The 11 players chosen in the Team of the Year as well as a 12th player voted by the fans will be among the highest-rated players in the game until the next edition of the game (FIFA 23) is released.

As a result, these players are hugely popular and many people save up their packs to open them during the Team of the Year promotion in the hope of packing one of these elite players.

This was last year’s TOTY and 12th player with over 10 million fans submitting votes according to EA Sports:

According to FUTZone, a reputable source for information on FIFA 22 promotions, the Team of the Year squad is expected to be released beginning on Friday, Jan. 21.

The Team of the Year is not typically released at once, with batches of players unveiled during the course of the week before the full TOTY and the 12th player are all available in packs at the end of the promotion.

The finalists trickled in between Friday, Jan. 7 and Sunday, Jan. 9 with voting officially opening on Monday, Jan. 10. Here’s the timeline:

FUT Team of the Year finalists

There is a total of 80 players on the various positional shortlists (see below), but only 11 will make the final Team of the Year with a 4-3-3 formation used.

Among the likely inclusions are Robert Lewandowski, who finished 2021 with more goals than any other player, while Lionel Messi lifted the Ballon d’Or.

Gianluigi Donnarumma or Edouard Mendy are both contenders for the goalkeeper spot, with Donnarumma possibly having the edge after being named Player of the Tournament at Euro 2021 and winning the Yashin trophy.

Manchester City defenders Ruben Dias and Joao Cancelo are strong candidates to be part of the back line, while N’Golo Kante will be a popular selection as one of the midfielders after his Champions League heroics.

Mohamed Salah’s strong start to 2021-22 should be enough to make the starting XI, but if not, he is likely to be included in the vote for the 12th player.

Team of the Year SBCs and upgrades

In addition to the Team of the Year and the 12th player, additional upgraded players will be available through Squad Building Challenges (SBCs) and Objectives.

These are usually TOTY Flashback players, celebrating players who were either in previous Team of the Year squads, or else TOTY Moments players, which are awarded to players who had significant and memorable moments throughout the year.

These SBCs are usually available for a limited time only, while there also tends to be a special SBC for the TOTY kit which can only be redeemed during the Team of the Year promotion.