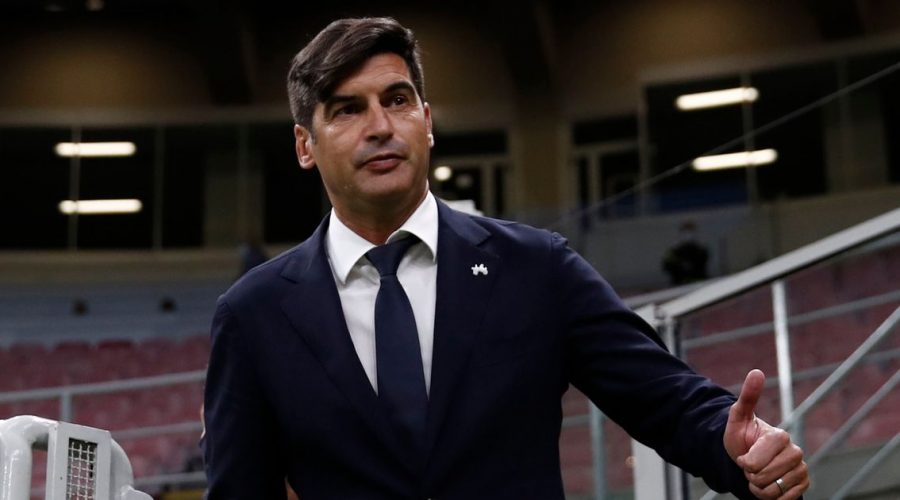 After the European Super League furore and the decision to ditch Jose Mourinho, Spurs have tried and failed to land the likes of Antonio Conte, Mauricio Pochettino, Brendan Rodgers, Erik Ten Hag and Julian Nagelsmann – to name but a few.

Mourinho pinched the Portuguese's job in Rome following his Spurs dismissal, with the Serie A outfit finishing seventh this season.

And a dugout swap now looks on with Spurs' new director Fabio Paratici apparently keen to bring Fonseca in from the cold.

But is the 48-year-old's ability to get a job done with minimal money or fuss the reason Levy and Paratici have opted for this candidate?

Fonseca has never had a magic money tree at any of his clubs.

Since 2013, the former centre-back has managed Porto, Pacos Fereira, Braga, Shakhtar and Roma – and has always kept a lid on his spending.

Fonseca's stint at Roma saw him make a profit of £21m with some fancy financial footwork.

Kostas Manolas was sold to Napoli, Patrik Schick to Leverkusen and Luca Pellegrini to Juventus for combined £72m.

Should Tottenham hire Paulo Fonseca this summer? Let us know in the comments section

The coach spent three years at the Ukraine outfit, with £13m Gremio man Tete as his biggest signing.

Meanwhile, Shakhtar made roughly £47m from Manchester United's purchase of Fred alone in 2018.

Fonseca lasted less than one season at Porto back in the 2013/14 campaign but still managed to sell James Rodriguez and Joao Moutinho to Monaco for a combined total of £60m.

However, during his brief stint at the Portuguese giants, Fonseca only spent roughly £30m on players.

Spurs have been hit hard financially due to the Covid-19 pandemic, with huge repayments still due on their plush new 63,000-seater stadium.

Conte's decision to leave Inter Milan was based on the fact the club's owners wanted to sell a host of first-team players to raise capital.

And it is likely the Italian would have demanded a handsome budget to spend on players upon arrival at Tottenham. Something fans can't see Levy being on board with.

And his appointment is unlikely to get fans back on side after months of discontent on and off the pitch.

June 10, 2021 Soccer Comments Off on Tottenham’s reason for pursuing Paulo Fonseca is clear – but fans won’t like it
NFL News