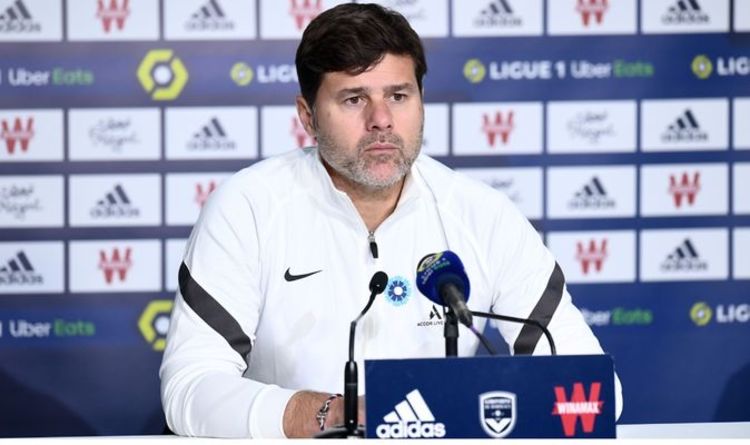 Mauricio Pochettino led Tottenham from Europa League qualification contenders to a Champions League final in just five seasons at White Hart Lane. Despite being sacked only six five months after losing to Liverpool in Madrid, the Argentine is still held in high regard in north London – especially given the chaos that has followed his tenure. Express Sport takes a look at the turmoil that has ensued on the second anniversary of his departure.

Jose Mourinho replaced Pochettino as manager following his horror ending at Manchester United in order to steady the ship – and he did so by leading the Lilywhites from 14th to sixth by the end of the season.

But a poor run of form resulting in Spurs dropping from first to seventh in just twenty games in the following campaign led to his sacking before the Carabao Cup final against Manchester City after 15 months at the helm.

Ryan Mason became interim boss and did ok with four league wins from six, but Nuno Espirito Santo was ultimately chosen ahead of him as the next permanent boss.

Three wins from three in the Premier League meant that fans were initially impressed with their new boss, especially with a superb win over league holders Manchester City.

Ex-Chelsea boss Antonio Conte was appointed just a day later, and Spurs fans will be hoping for someone to finally take them to the next level.

The European Super League drama back in April was met with disgust by football fans across the world after the elite of European football tried to distance themselves from the very integrity of the game.

Tottenham were one of the 12 teams involved in the scandal, leading to outrage from fans of not just other teams, but their own too.

It won’t be forgotten so quickly that these teams tried to break away from the English footballing pyramid, especially when the Spurs side that tried to enter represents a far cry from the team that reached the Champions League final.

Spurs also courted controversy when the coronavirus pandemic first hit too, with chairman Daniel Levy forced into an embarrassing u-turn over their decision to use the government’s furlough scheme following criticism.

Pochettino’s men didn’t see many ridiculous results in his time as Tottenham boss, bar the amazing Champions League run they endured in 2018-19. Yet since his departure, the club have had some insane scorelines – both good and bad.

A 6-1 win over Man United at Old Trafford represented Tottenham’s biggest ever win at the Theatre of Dreams and was sweet revenge for Jose Mourinho after his sacking less than two years prior.

Yet this would be their only spectacular win; a 5-4 loss to Everton in the FA Cup after heading into the interval 3-2 down was the most goals in a Spurs FA Cup game this side of the century.

And to top it off, their 3-0 loss in the Europa League at Dinamo Zagreb was enough to put a huge nail in the coffin for Mourinho’s tenure – remarkable given that Zagreb’s manager was in jail at the time.

Gareth Bale’s return was fairly remarkable, but also seemed a formality given how little he had been playing at Real Madrid before his move.

Harry Kane’s saga over his transfer move to Manchester City is a different story, with the striker expressing his desire to move to the Etihad Stadium under Pep Guardiola.

The Tottenham captain handed in a transfer request, backtracked on his word and is now set to stay at Tottenham for the time being – under Pochettino, this may not have happened.

Antonio Conte’s arrival has brought about a new level of intrigue over signings and play-style as the Lilywhites look to get back to the glory days they endured under Pochettino.

And with a new stadium to boot, it could well be the start of a new prosperous – and less bizarre – era for the Lilywhites.