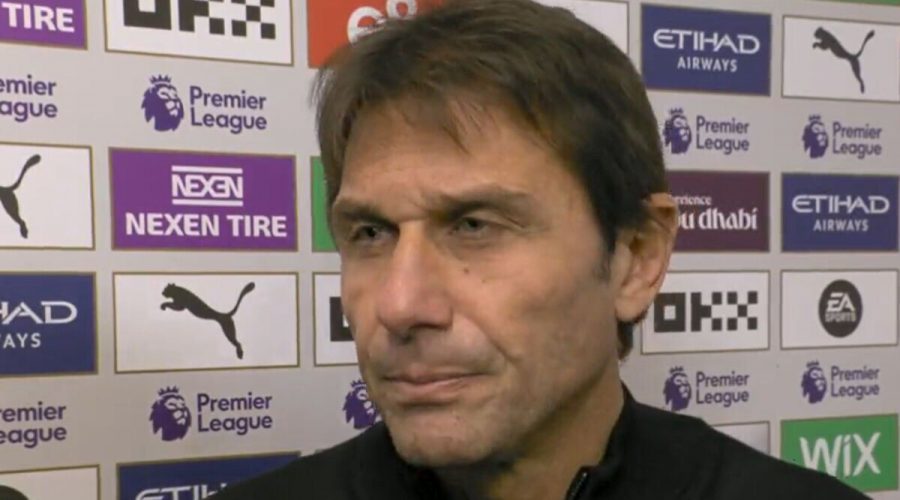 Tottenham manager Antonio Conte revealed to reporters that his team’s capitulation against Manchester City was the first time in his managerial career that one of his sides conceded four goals in one half. The Spurs boss is under mounting pressure after a disappointing run of Premier League form following the World Cup.

“I think that I have to analyse very well the game,” explained the Italian. “If I have to compare this game with last season, we played much better today. The performance was good. We played with personality, we created problems for Manchester City.

“Last season we played for a long period in our box to defend the result, then one counter attack and two goals from the back. Today we were really brave. Last season we were a bit lucky and this season we had a massive chance at 2-2. The game changed totally and the mental aspect at 3-2.

“Compared to last season we are conceding too many goals. Four goals in the second half, it’s the first time in my career one of my teams has done this. We have to continue to work and try to do our best.”