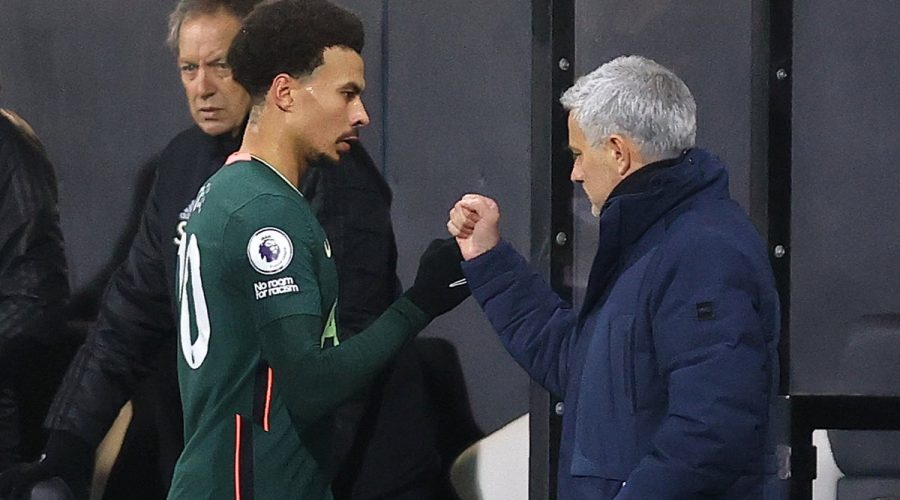 Spurs were lucky to escape Craven Cottage with all three points after Josh Maja’s equaliser was cruelly ruled out for handball.

Jose Mourinho’s side are in eighth place in the league, some eight points clear of Palace.

The Eagles are undefeated in their last three, although their last two matches – against Fulham and Manchester United – have ended goalless.

The fixture will kick-off at 7:15pm GMT at the Tottenham Hotspur Stadium.

The match is live on Sky Sports Premier League and Main Event with coverage starting from 7pm GMT.

Serge Aurier could return after missing the win at Fulham with a sore calf, but Giovani Lo Celso will miss out. The Argentine could return in the Europa League next week.

After more than a month out with a hamstring problem, Wilfried Zaha is set to return for Palace. However, James McCarthy (groin), Nathan Ferguson (knee), Nathaniel Clyne (muscle), James Tomkins (eye), Mamadou Sakho (thigh), Tyrick Mitchell (muscle), and James McArthur (calf) are all out,

Tottenham have found some form of late, and I expect them to win against a Palace side that are struggling for goals, even with Zaha back in the team. 2-0 Spurs.