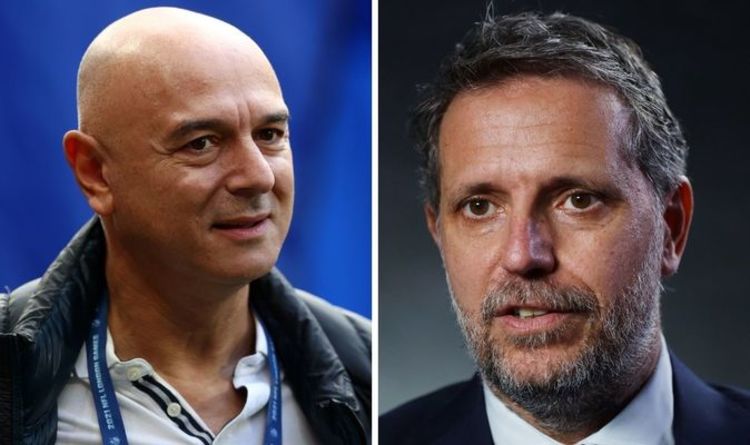 Tottenham manager Antonio Conte could be set to oversee big changes at the club with Fabio Paratici undertaking a huge ‘overhaul’ of the club’s scouting network. Spurs have been pushing to regularly contend at the top of the table in previous years.

Mauricio Pochettino managed it during his time in charge, bringing the club to within one victory of a historic Champions League triumph.

Nuno Espirito Santo was brought in this past summer to help revive the club after a disappointing league campaign last year.

But a disastrous start to the campaign saw Nuno sacked after just 10 league matches in charge.

Conte has now taken over after initially being the club’s top target in the summer.

It’s also a chance for Conte to work with Paratici again after the pair joined up at Juventus previously.

The relationship worked wonders as Juventus embarked on a run of nine consecutive Serie A titles.

And Paratici is now beginning to make his mark at Tottenham behind the scenes, according to Football London.

It is claimed that Spurs’ managing director of football wants to completely ‘overhaul’ Tottenham’s scouting network.

Paratici is reportedly hopeful the changes will bring Tottenham in line with the best clubs in Europe.

He has supposedly teamed up with technical performance director Steve Hitchen, where a number of new roles are set to be created.

The hope is that Conte will have the best people in position to find him exactly what he wants in the transfer window.

It appears as though chief scout Brian Carey will remain in place, but adverts have already been put up online for new positions at the club.

Under Daniel Levy, Tottenham’s spending in the transfer market had been hit and miss with some success.

The signing of Son Heung-min back in 2015 was arguably the best of the lot with the South Korea international proving to be a superstar in north London.

But there have also been large sums spent on the likes of Vincent Janssen, Tanguy Ndombele and Roberto Soldado among others who have failed to make an impression at the club.

Paratici’s change in approach behind the scenes will undoubtedly come as a huge boost to Conte in what he wants from the transfer market.

The Italian head coach has predominantly got what he wanted from club owners in the transfer market in the past.

At both Inter Milan and Chelsea, he spent record amounts and Tottenham are also in a position where investment is needed to bring them back up the table.