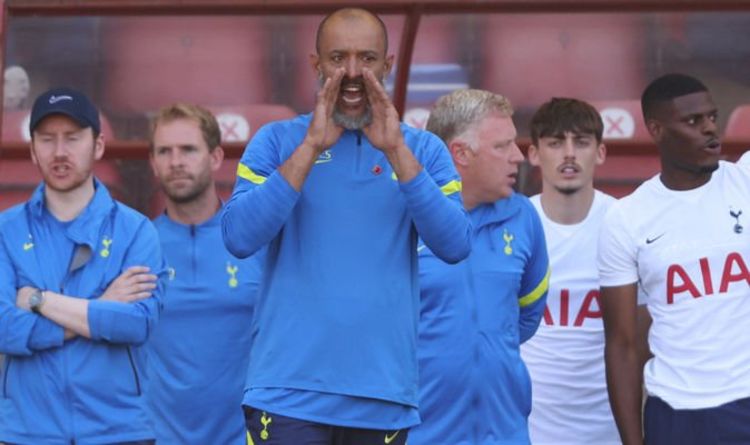 Former Tottenham midfielder Paul Stewart has urged the club to sign Brighton centre-back Lewis Dunk. New manager Nuno Espirito Santo is yet to get off the mark in the transfer window this summer, and defence could be one of the key areas with a number of ins and outs a distinct possibility.

The likes of Serge Aurier are believed to be unfavoured by the new management, whereas Toby Alderweireld has reportedly expressed his desire to leave the club.

Bologna defender Takehiro Tomiyasu looks to be closing in on his move to north London, although that should not encourage Nuno to rest on his laurels with regard to getting bodies through the door.

Stewart told This Is Futbol: “Dunk would be ideal. I’ve said it from the start of last season because he has impressed me, and he’s a goal threat as well.

“Not only is he a commanding centre-half, but he’s a goal threat, and they’re hard to come by.”

The 29-year-old is valued at around £20million, however the Seagulls could demand even more for him due to his relative importance to the side.

Arsenal, Spurs’ north London rivals, have been linked with Dunk in the past, although they now seem to have focused their attention on his Brighton team-mate, Ben White.

The England international is set to join for £50million in the coming days, with everything but the formal announcement reportedly sewn up.

This does pose an issue for Brighton boss Graham Potter, who would need several defensive targets of his own if he was to be convinced to let Dunk leave in the same window.

Funnily enough, Spurs’ Joe Rodon was one of the names mentioned earlier this summer, so the Welshman could yet enter the fray if director of football Fabio Paratici pursues the deal.

Dunk has spent his whole career with Brighton, sticking with them on their admirable journey from League One to the Premier League.

Since arriving in the topflight, the Brighton-born defender has been virtually ever-present during their four seasons.

As Stewart mentions, the 6ft 4in centre-back has also established himself as an aerial threat from set-pieces, bagging eight league goals in the past two campaigns alone.

Next term will be a big one for Potter who will look to improve on the 16th place finish they managed last time out.

For Nuno and Paratici, it has been plenty of talk and very little action so far this summer as they look to get off the mark.

The likes of Nicolo Barella and Houssem Aouar are just two of the latest candidates thought to be perking the interest of the Tottenham hierarchy, but so far their arrivals sheet remains empty.

With a transfer saga looming large upon Harry Kane’s return from his post-Euros break, there is a sense of urgency around the pair upping the ante and bringing in new faces over the coming weeks.