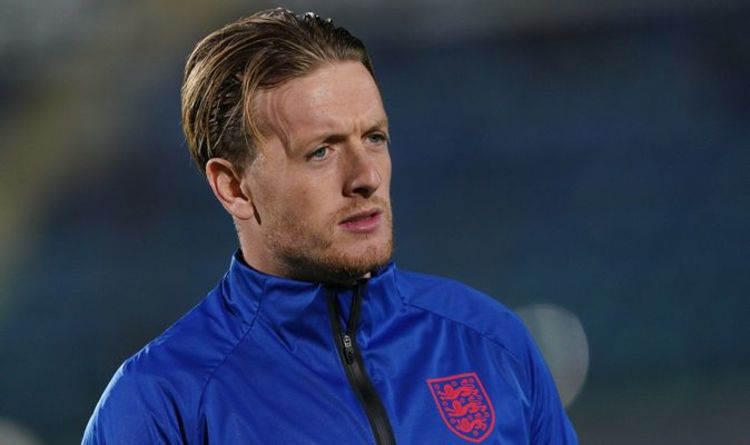 Tottenham boss Antonio Conte is reportedly looking to sign Everton goalkeeper Jordan Pickford to replace Hugo Lloris ahead of next season. The current Spurs captain will be out of contract in the summer and is yet to sign a new deal in north London, suggesting that the addition of a new man between the sticks could soon emerge as the club’s main transfer priority.

Pickford is said to be near the top of Tottenham’s list of targets, according to The Telegraph.

It is claimed that Conte’s preference would be to sign a homegrown goalkeeper to assume the No 1 role or compete with Lloris if the Frenchman eventually signs a new contract at the club.

However, Pickford still has two years left to run on his current deal with Everton and remains a crucial member of the side under Rafa Benitez.

The Merseyside outfit would undoubtedly be looking to make a profit on the £25million they paid to land him from Sunderland back in 2017.

With that in mind, Express Sport takes a look at three alternative options for Spurs as they go in search of a new goalkeeper in time for next season.

JUST IN: Manchester United have let Cristiano Ronaldo down ahead of Watford

Spurs have been linked with a move for Onana, who will be a free agent in the summer as things stand.

The 25-year-old has missed the last nine months of action after being hit with a doping ban, but is said to be among the names under consideration in north London.

He is a good distributor with his feet and would likely fit into Conte’s system as a result of his ability to move the ball effectively.

However, a number of other Premier League clubs are said to be keen on Onana, suggesting that Spurs would face a battle to secure his signature on a free transfer.

Raya was reportedly a target for Spurs over the summer before Pierluigi Gollini joined the club on a season-long loan deal from Atalanta.

The Spaniard made a stunning start to the season with Brentford before picking up a serious knee injury that will keep him sidelined until the second half of the campaign.

He could soon emerge as an option for Spurs once again due to his incredible shot-stopping ability and impressive distribution.

However, it remains to be seen whether Brentford would be willing to let go of Raya if they manage to secure Premier League survival this season.

Johnstone could also be available on a free transfer in the summer, with his deal at West Bromwich Albion set to expire at the end of the season.

The 28-year-old was linked with Spurs during pre-season but ultimately stayed at The Hawthorns to aid his side’s hopes of an immediate return to the Premier League.

He would represent a dependable choice between the sticks for Conte’s side, who have shipped 16 goals in the Premier League since the beginning of the campaign.

The West Brom stopper already boasts plenty of top-flight experience and could be primed to thrive at Spurs in a similar way to Aaron Ramsdale at Arsenal if he joins the club next year.