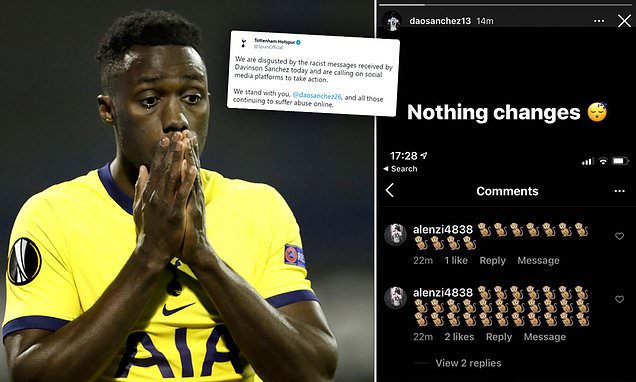 Sanchez posted a screenshot to his Instagram story of comments from a user displaying several monkey emojis. The Colombian wrote ‘nothing changes’ with a sleepy-faced emoji on the post.

The 24-year-old lost possession in the build-up to Newcastle’s opening goal. 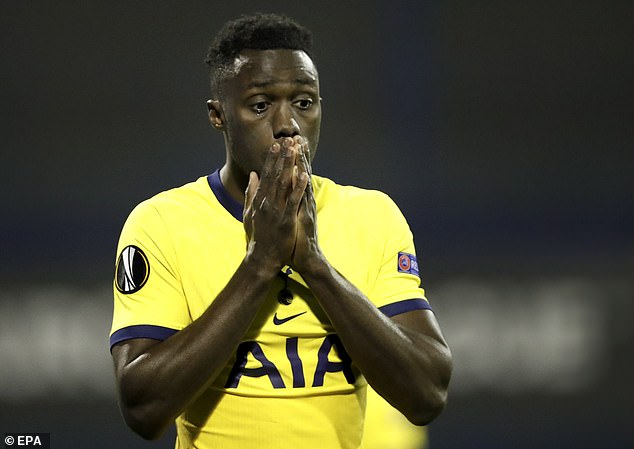 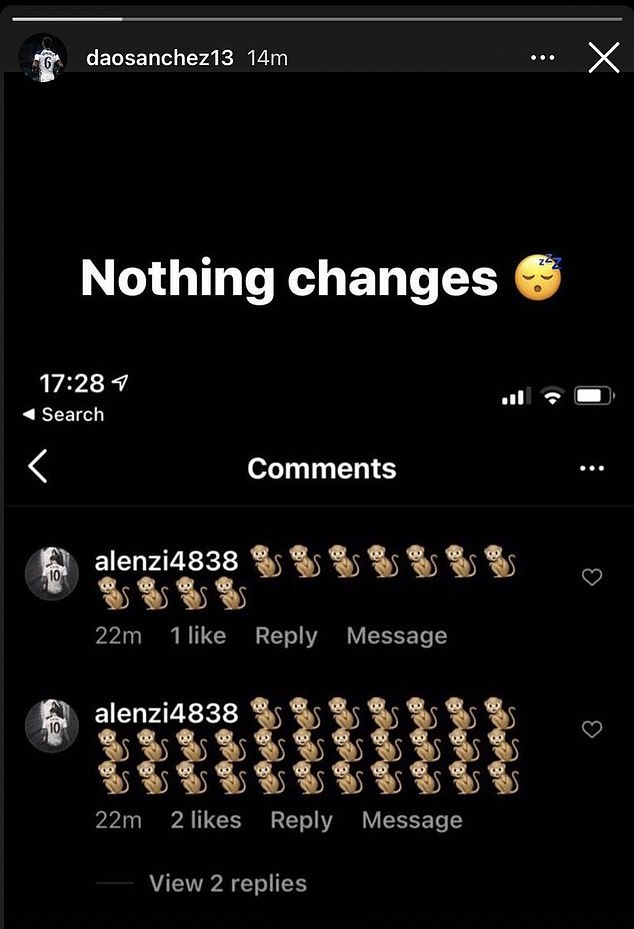 Sanchez, 24, posted a screenshot of several monkey emojis sent to him on Instagram

In a statement on Twitter, Tottenham wrote: ‘We are disgusted by the racist messages received by Davinson Sanchez today and are calling on social media platforms to take action.

‘We stand with you (Sanchez) and all those continuing to suffer abuse online.’

The incident is one of several that have occurred recently. Earlier the same day West Brom’s Callum Robinson was targeted with racial abuse on Instagram following his two goals in the Baggies’ shock 5-2 win over Chelsea.

In an exclusive interview with Sportsmail, Thierry Henry explained his decision to deactivate his social media accounts because of the abuse he receives.