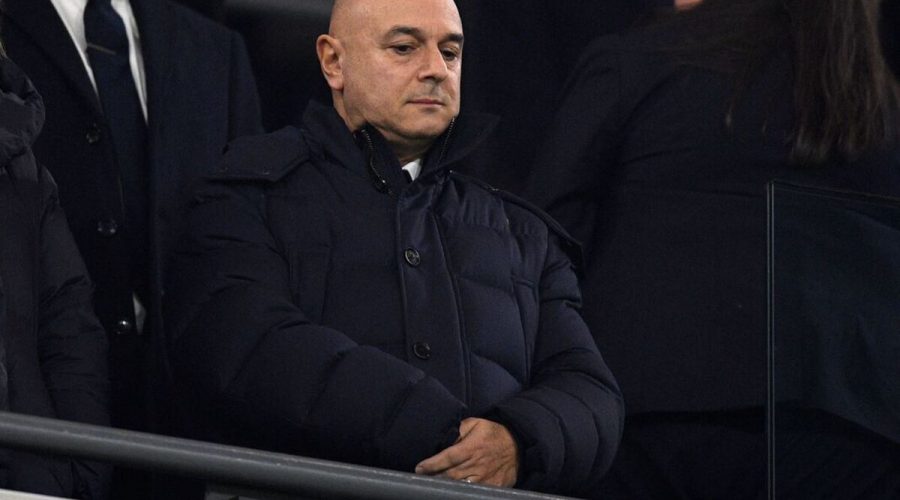 Tottenham are desperate to complete transfer business before the January window slams shut and could acquire two top targets by completing a firesale of five outcasts. Spurs have underwhelmed in the Premier League this season, with the 4-2 defeat by Manchester City leaving Antonio Conte’s side five points adrift of fourth place.

Conte is known to want to strengthen his squad. A new wing-back and an attack-minded player are believed to be high on the Italian’s agenda as he plots to improve his options for the second half of the campaign.

Former Manchester City wing-back Pedro Porro and Roma star Nicolo Zaniolo are understood to be of interest to Spurs. Porro, who now plays for Sporting Lisbon, has a release clause of £40million, while Roma could allow Zaniolo to depart for around £35m.

Spurs can raise the funds for those transfers by selling five outcasts, and still have some money left over. Chairman Daniel Levy is in discussions over several deals and the North Londoners could be one of the Premier League’s busiest teams in the final 11 days of the transfer window.

Davinson Sanchez could be the first to depart. The centre-back has started only six Premier League games this season, deputising for Conte’s preferred back three when any of them are absent.

JUST IN: Pep Guardiola walks out on interview after scathing rant at City stars

The Colombian was once a £30m arrival from Ajax, widely expected to become one of English football’s best centre-backs. Now aged 26, the promise shown at a young age has not materialised and Spurs could now cash in with just 18 months remaining on Sanchez’s contract.

Statistics and data website Transfermarkt believes that Spurs could recoup most of the money they paid for Sanchez in the summer of 2017. They value him at around £25m, making him one of the most valuable fringe players at the Tottenham Hotspur Stadium.

Academy graduate Oliver Skipp could also leave as part of the fundraising activity. The midfielder has struggled to fit into Conte’s plans, finding himself behind Rodrigo Bentancur, Pierre-Emile Hojbjerg and Yves Bissouma in the pecking order for the central midfield positions.

Skipp’s value is £15m, and a mid-table Premier League club looking for a young midfielder with plenty of potential could stump up that fee. The same could be said for winger Bryan Gil who, after appearing to work his way into Conte’s plans after the World Cup, has since been returned to his previous role as a substitute.

Gil could cost a buying club £9m and has been linked with a return to Spain, where he spent the second half on loan at Valencia. Spurs paid Sevilla £21m to sign the 22-year-old 18 months ago, and could now cut their losses to make sure they can improve their squad in January.

If Conte wants the 23-year-old Porro, he might need to sell one of his wing-backs. Emerson Royal is valued at £30m and selling the Brazilian would pay a large chunk of the fees needed for Porro and attacking midfielder Zaniolo, with the total for the five players amassing £91m.

It is clear from Spurs’ post-World Cup form that they need new players. Relinquishing some of their deadwood would be an excellent place to start.