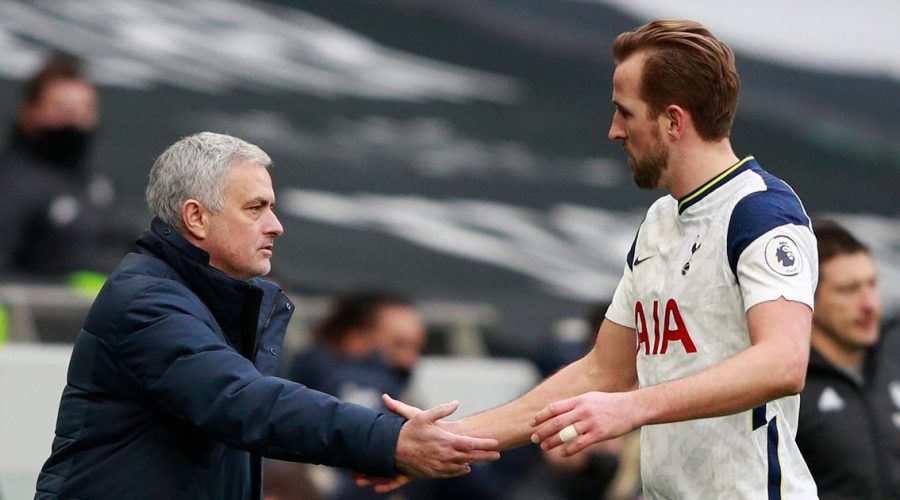 Tottenham boss Jose Mourinho could get a late boost to his starting XI from captain Harry Kane in the north London derby.

Spurs are looking to complete a first Premier League double over Arsenal for 29 years.

And they come into the fixture with some strong form, remaining unbeaten in their lat five games.

The latest was a 2-0 victory over Dinamo Zagreb to take charge of their Europa League round-of-16 fixture.

But Mourinho was given a scare in the last 10 minutes when captain Kane went off holding his right knee after winning a foul.

The manager, though, has been confident of the top-scoring forward’s availability for the north London derby.

He said this week: “I hope so and I believe so. You know, it’s a big match.

“I think only a big problem would stop him from being there, which I don’t think it is. But let’s see the reaction but hopefully, he’ll be fine.”

It would see the man with 26 goals lead the line for Spurs, with record-breaking striker partner Son Heung-Min on the right wing.

With in-form striker Gareth Bale on the opposite side, Mourinho has decision to make in the attacking midfield.

Del Alli continued his comeback in the win over Zagreb while Lucas Moura has consistently brought an attacking threat.

With David Luiz and Gabriel Magalhaes putting in a strong performance for the Gunners in their 3-1 win over Olympiacos, the Brazilian’s creativity may put him ahead.

Pierre-Emile Hojbjerg came off the bench in the Europa League but would sit alongside Tanguy Ndombele in front of the defence.

This has been marshalled well by Davinson Sanchez and Toby Alderweireld for three of the last four games in front of Hugo Lloris.

While Sergio Reguilon’s place at full-back is secure, Mourinho has another decision to make on the right.

Matt Doherty is available, having been regularly used in the league, while Serge Aurier has been getting back to action.

READ MORE:Eric Dier's warning to Tottenham over Arsenal rival who has gone 'under the radar'