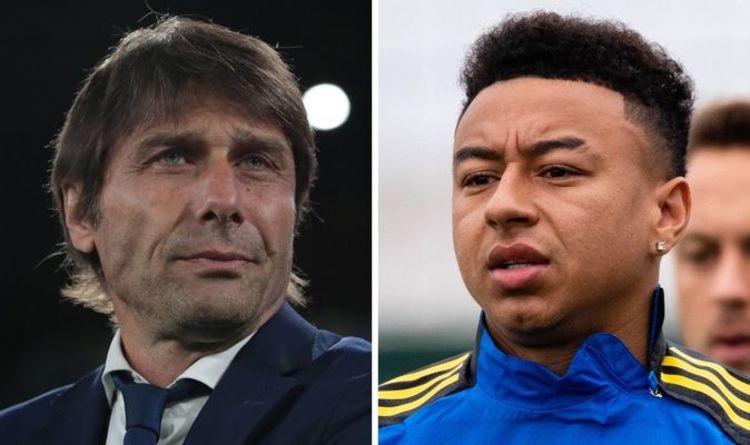 Tottenham manager Antonio Conte is keen on signing Manchester United playmaker Jesse Lingard on a free transfer, according to reports. The 28-year-old has struggled for first-team minutes at United this season and is said to have no intention of signing a new deal at Old Trafford before the end of the campaign.

Lingard will be out of contract ahead of next season and is yet to strike an agreement with United over the possibility of an extension.

He has played just 63 minutes of Premier League football since the beginning of the season and is believed to be frustrated over his lack of action under Ole Gunnar Solskjaer.

The United boss previously insisted that Lingard would have an important role to play this season, but it seems as though he has gone back on his word in the months since.

The Warrington native has only racked up eight appearances in all competitions despite excelling while on loan at West Ham United during the second half of last season.

It seems as though Lingard’s time at Old Trafford is now all but over, with the midfielder believed to be keen on finding a new challenge ahead of next season.

JUST IN: Chelsea ‘make contact’ over Wesley Fofana as Leicester set out demands

He will be able to negotiate a pre-contract agreement with a foreign club from January, but a number of Premier League clubs have also been credited with an interest in his signature.

Tottenham are leading a queue of top-flight clubs in the race to take Lingard on a free transfer in the summer, according to ESPN.

The report claims that Spurs, Newcastle United and Everton have all been keeping tabs on the England man, who has decided not to entertain any further contract offers from United, in recent weeks.

He is said to be desperate to join a club at which he will start on a weekly basis in order to work his way into contention to make Gareth Southgate’s squad for the upcoming World Cup in Qatar.

West Ham United have also registered an interest in signing Lingard on a permanent basis after his hugely successful loan spell at the London Stadium last season.

However, it remains to be seen whether the Hammers will be able to snap him up at the expense of Spurs, with Conte seemingly an admirer of the former Birmingham City loanee.

It is also claimed that Lingard could even ask United for another temporary spell away in January as he runs down his contract at Old Trafford, but it remains to be seen whether this request would be accepted.

Solskjaer was quizzed on the midfielder’s situation on Friday and doubled down on his stance that Lingard will have an important role to play between now and the end of the season.

“Jesse is training really hard, really well, and he’s ready and available for me,” the United boss told reporters.

“He’s definitely disappointed he’s not played more, of course. But with regards to contract situations, I’ve not been in the talks very closely.

“So for me Jesse’s still a big, important part of this squad. He gives energy and quality to the group every day.”