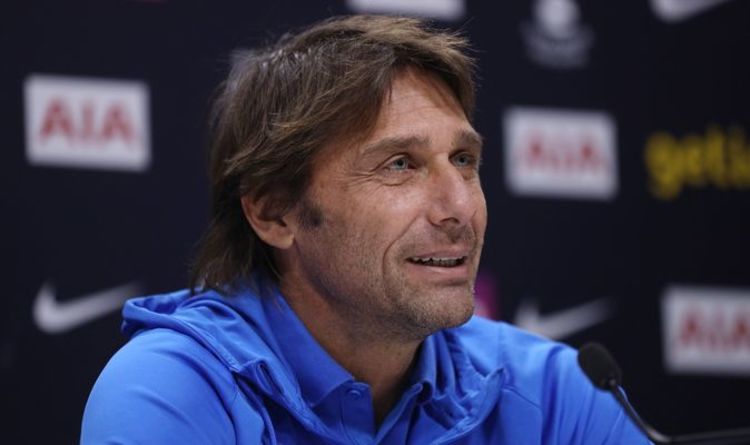 Tottenham manager Antonio Conte has revealed that he has been speaking with Fabio Paratici and Daniel Levy in order to discuss the club’s planned recruitment strategy for the January transfer window. The north Londoners are yet to make any signings this month but have been linked with a handful of potential incomings as well as a few exits in recent weeks.

The likes of Adama Traore, Todd Cantwell and Jesse Lingard are reportedly among the possible signings under evaluation at Spurs as they look to bolster their ranks in time for the business end of the season.

Meanwhile, a number of players have been tipped to leave the club before the end of the month, with Steven Bergwijn said to be a target for Dutch heavyweights Ajax.

Dele Alli, Harry Winks and Tanguy Ndombele have also been linked with mid-season exits after struggling to impress over the course of the campaign.

Although Spurs are yet to make any moves, Conte has hinted that Paratici and Levy are well aware of his desire to bring in additional reinforcements after a recent meeting to establish their transfer plans for the weeks ahead.

“It was a good meeting,” the Italian boss told a press conference on Tuesday.

“The owner and Paratici, they started together at the start of this season and I came in halfway. A good meeting to speak and to tell them my thoughts about the the two months I spent in Tottenham.

“I can give a lot of work to the club that I worked with in the past and in the present. The last word is always for the club.

“I spoke to the club. I had my thoughts about the situation and I think this is the most important thing and then the club has to decide the best way to go.

“I don’t have expectations. I’m a coach and we have to solve many problems and for me the best possible way is to get the best out of my players and improve my squad.

“This is the only way I can go to improve the situation and the squad, then the club know very well our situation.”