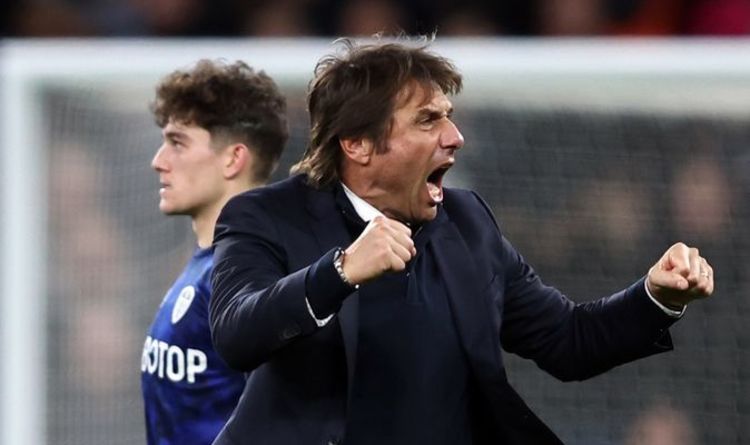 Antonio Conte has revealed a change of game plan at half-time sparked Tottenham Hotspur’s comeback win over Leeds United. Tottenham scored twice in the second half to stop the rot in the Premier League and topple Marcelo Bielsa’s side 2-1 in north London.

Conte’s men were flat in the first half as he looked to mark his first Premier League home game as boss with three points.

And they were made to pay on the brink of half-time, with Daniel James tapping in an opener at the back post.

But Spurs came out fighting after the break, and Pierre-Emile Hojbjerg levelled the scoring on the hour mark.

Sergio Reguilon was then quickest to react to Eric Dier’s post-bound free-kick to prod the hosts in front with 20 minutes left on the clock.

JUST IN: Tottenham star Reguilon details ‘worst week of my life’ under Conte

After full-time, Conte explained that he made tactical changes before the second half to counter Leeds’ intensity, which was the key to Spurs’ comeback win.

He told Sky Sports: “[The mood compared to at half-time is] totally different because, in the first half, we struggled a lot physically, with the intensity and also tactically.

“Their men put on a lot of pressure every time we had the ball. Before the game, I was a bit afraid to know the physical conditions of the [Tottenham] players after three weeks and if they were able to play the whole 90 minutes with the intensity of the second half.