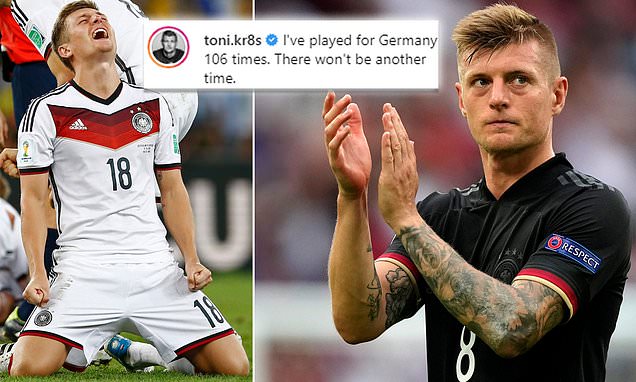 The 31-year-old played every minute at this Euros but found himself on the wrong side of the result against an inspired England at Wembley earlier this week.

Kroos has now decided that after 106 caps won for his country he is finished with international football and will play no part going forward for Hansi Flick’s side. 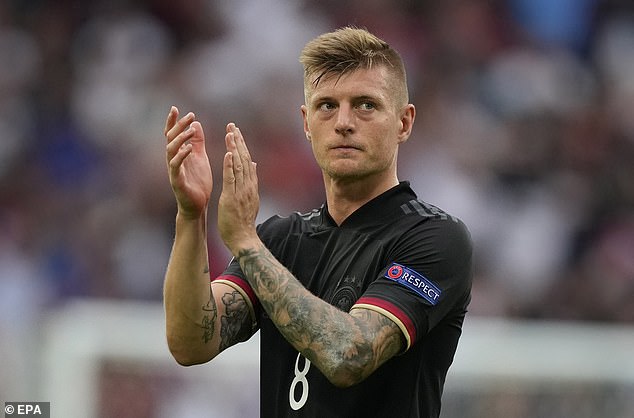 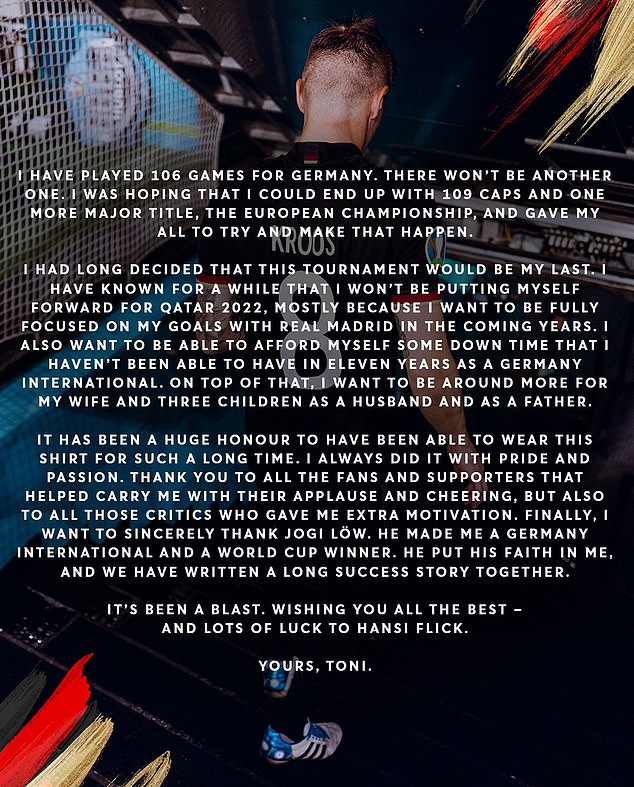 ‘I’ve played for Germany 106 times. There won’t be another time,’ Kroos said in a statement posted on social media.

‘I would have dearly wished, and I gave everything again, that there would have been 109 internationals in the end and that this one big title, the European Championship, would have been added at the end.

‘I had made the decision to quit after this tournament for a long time. It had been clear to me for a long time that I would not be available for the 2022 World Cup in Qatar. 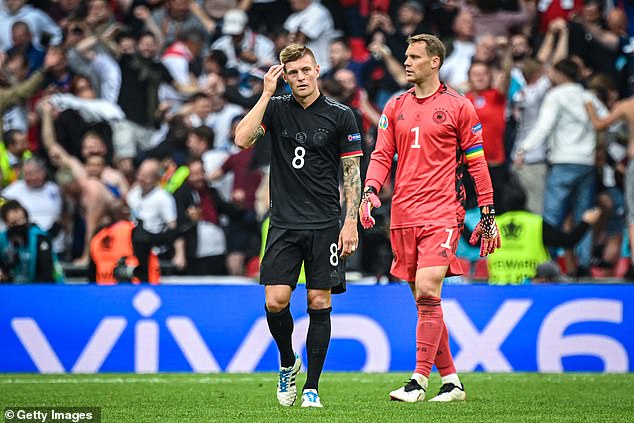 ‘Mainly because I want to focus fully on my goals with Real Madrid for the next few years. In addition, from now on I will deliberately allow myself breaks that have not existed as a national player for eleven years.

‘And moreover, as a husband and dad, I would also like to be there for my wife and three children.

‘It was a great honour for me to be able to wear this jersey for such a long period of time. I did it with pride and passion.

‘At the very end I would like to say thank you very much to Jogi Low. He made me a national player and world champion. He trusted me. We have written a success story for a long time.

‘It was an honor for me, doing it well – and good luck and success to Hansi Flick.’ 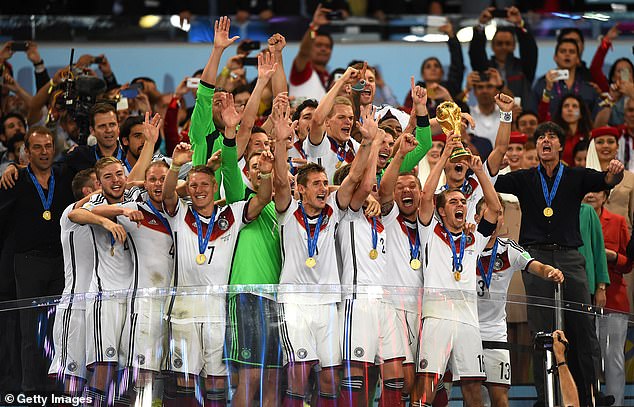 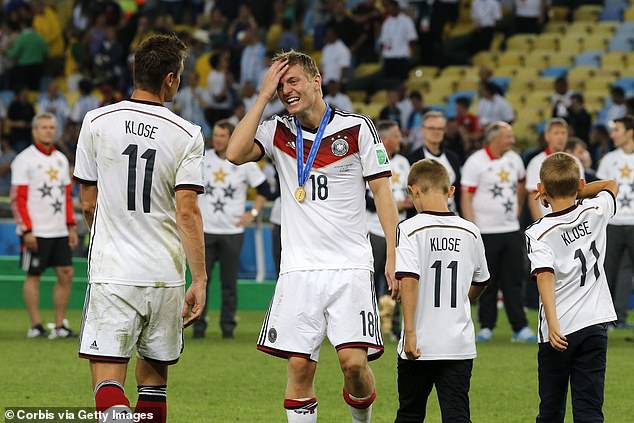 Kroos made his debut for Germany back in 2010 and eyebrows have been raised at his decision given he is just 31 and has many years left at club level.

With the World Cup in Qatar next year – due to the Euros being delayed 12 months due to the Covid pandemic – many expected players to stick around for another run at an international trophy.

But for Kroos, who won the World Cup in Brazil in 2014, he wants more time with his family and also to give himself the best chance of extending his club career.

Kroos departs the international team with 17 goals and 19 assists as his contribution.

He will be best remembered for a stunning free-kick against Sweden at the 2018 World Cup in which it was considered as one of the goals of the tournament.