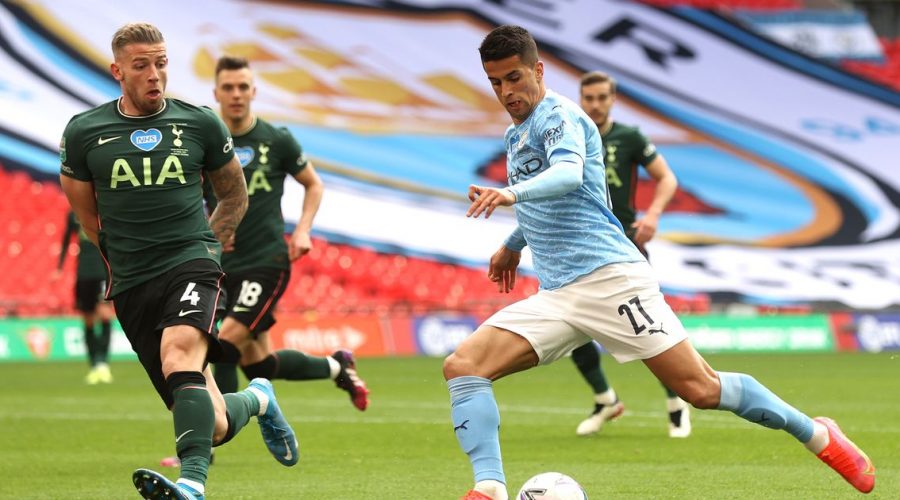 The Tottenham squad suffered an increasingly fractious relationship with Jose Mourinho before he was eventually sacked last Monday.

The Portuguese frequently called out his players for their poor defending and lack of heart, with several players were either shunned entirely or rotated in and out of the team.

But those members of the Spurs team who Mourinho looked down on began to prove him wrong in the Carabao Cup final against Manchester City.

Ryan Mason’s side gave everything as they faced wave after wave of City attack, holding out firm until Aymeric Laporte headed in the winner with nine minutes to go.

The Frenchman had found it difficult to be given consistent game time under Mourinho, not impressing enough to earn the right back spot full-time.

Despite that Ryan Mason handed him a start at that position after playing the full 90 minutes against Southampton.

Aurier had a tough task, with Phil Foden and Raheem Sterling taking up positions down his side of the pitch.

But the 28-year-old was solid, with the highlight of his match being a goal-saving tackle when Sterling was through just three minutes into the final.

Winks was another who was not trusted by Mourinho, but unlike Aurier the Englishman barely ever even made the bench under the Portuguese.

That has changed under Mason, with Winks earning a start following a 17-minute cameo in the defeat of Southampton.

With City producing wave after wave of attack, the 25-year-old played an important part in defensive midfield to help Spurs keep their shape.

It was a gutsy defensive performance from Tottenham, with City camped in their opponent’s half for much of the match.

At the heart of that performance was Alderweireld, who has spent a significant amount of time on the bench this season.

But he defended heroically against City, blocking their only shot on target of the first half onto the post when Sterling looked certain to score.

The Dutchman continued in the same vein after the break, marshalling the Spurs backline to help limit the number of shots on Hugo Lloris’ goal.