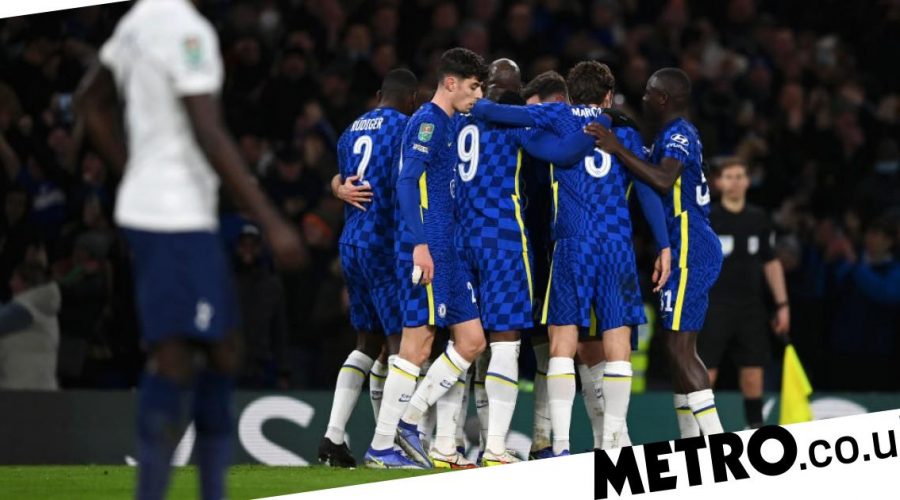 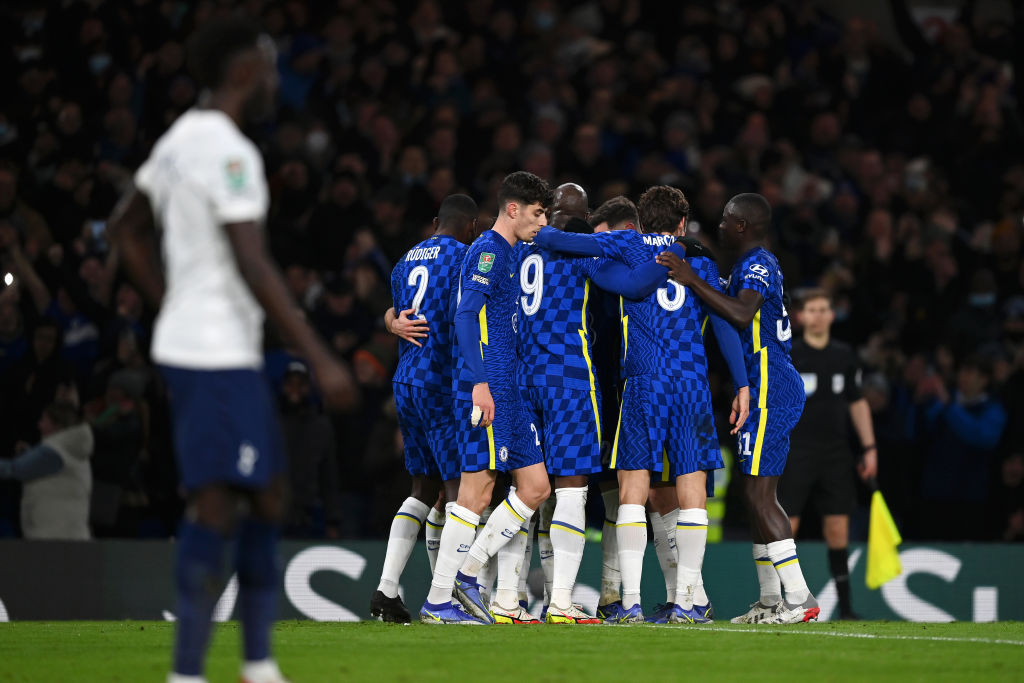 Chelsea have control of their Carabao Cup semi-final showdown with Tottenham after sealing a first leg victory at Stamford Bridge.

Errors at the back saw the Blues take a 2-0 lead inside the opening 35 minutes with Kai Havertz opening the scoring before Ben Davies inadvertently put past his own goalkeeper.

Tottenham rallied in the second-half but the Blues are now just 90 minutes away from booking another trip to Wembley.

Metro.co.uk assesses the biggest talking points from an entertaining evening at Stamford Bridge.

A truly awful first-half for Tottenham was underlined by the two calamitous errors from the visitors that largely cost them the game.

After such steady improvement at the back – Tottenham have kept six clean sheets in Conte’s 11 games in charge – Chelsea’s press rocked them early on with Emerson Royal’s pass out from the back pounced upon by Marcos Alonso.

While Havertz was credited with the goal, the deflection it took off Davinson Sanchez added insult to injury.

Chelsea’s second came in even more disastrous circumstances, Japhet Tanganga’s attempt to head clear from a free-kick nodded straight into the path of Ben Davies who diverted past Hugo Lloris.

The manner in which Tottenham gifted the game to the hosts will no doubt infuriate Conte more than anything.

Saul Niguez has had three rather non-eventful appearances in this competition before tonight but it was his his two aborted starts in the Premier League that raised major concerns.

Hauled off at half-time against Aston Villa and Watford, the Spaniard looked out of place and off the pace in those outings, but a hugely improved showing tonight suddenly gives Thomas Tuchel another fine midfield option for the second-half of the season.

The on-loan midfielder oozed confidence, helping dictate the tempo in his preferred midfield role, completing 34 of 35 passes in the first-half.

A superb tackle on Heung-min Son drew applause from his manager, following it up with another inch-perfect challenge on the same man in the second half that brought roars of delight from the home crowd.

Perhaps most encouragingly, the 26-year-old maintained that level and focus in the second-half when Spurs finally woke up. Saul appears to have finally arrived at Chelsea.

Lukaku still has work to do

A day on from his grovelling apology, Romelu Lukaku was straight back in the starting XI with immediate attention on how the Stamford Bridge crowd would welcome his return after a damaging few days.

As his name was called out, the reaction was mixed. No roars of support, no boos either, suggesting last week’s wounds haven’t quite healed yet.

Had the Belgian fired home in the opening minute after shrugging past Matt Doherty, the mood around him might have improved a bit more rapidly. But the endeavour in tonight’s performance will have satisfied many of his doubters.

While there is work to do after last week’s explosive interview, Lukaku appears eager to impress and put it all behind him.

Despite Chelsea’s control, Tottenham will feel the tie is still alive ahead of the second leg in north London next week.

While they managed the game expertly in the second-half, a third goal would surely have killed off the tie for the Blues with Timo Werner and Lukaku missing chances to do just that.

January 5, 2022 Soccer Comments Off on Three things we learned as Saul shines while errors cost Spurs against Chelsea
NFL News