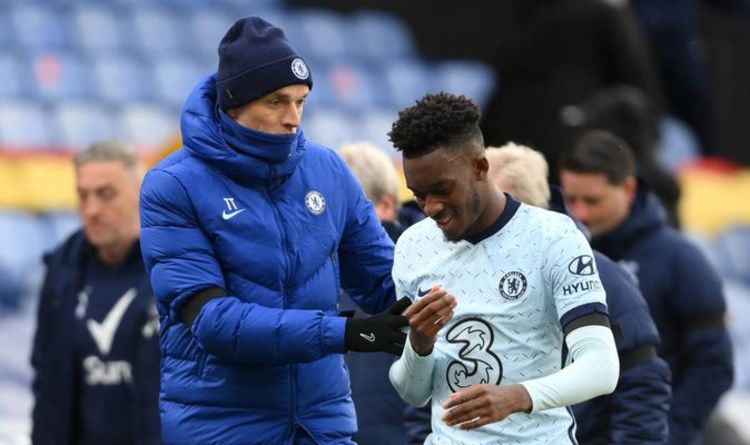 Chelsea boss Tuchel has admitted it was “impossible” to let Hudson-Odoi go over the transfer window after starring against Aston Villa on Saturday.

The forward was heavily linked with a loan to Borussia Dortmund, who had agreed personal terms with the youngster for the season.

However, Tuchel blocked the move and cited the fact that he needed him in his squad ahead of a long and gruelling campaign.

Despite not playing in the first three matches of the Premier League, Hudson-Odoi started at right wing-back with Reece James suspended.

And the 20-year-old was a brilliant addition to the team, forcing Villa back and also fulfilling his defensive duties despite it not being his preferred position.

Hudson-Odoi showed his versatility, too, when he did make the switch to his favoured role on the left wing before coming off to a rapturous applause of the Stamford Bridge crowd.

Tuchel has admitted he had private talks with the winger after a failed move to Dortmund, which the player was keen on doing in order to get a full season of football under his belt.

But the Blues boss called sanctioning a transfer “impossible” after stating how important the youngster is to the team.

“We have spoken. It was a very easy decision for me to make on the last day of the transfer period,” he said.

“We cannot let a player who is in the 18/19 man squad leave. He is able to play as a right wing-back, a left wing-back in the two ten positions.

“He knows the group, we know him very well. There was no chance to say yes on the last day.

“For him personally, it may have been a good opportunity but for us and our targets that we want to achieve, it was simply impossible. It was an easy one for me actually.”