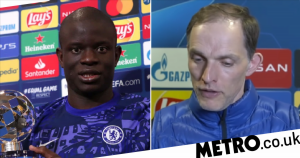 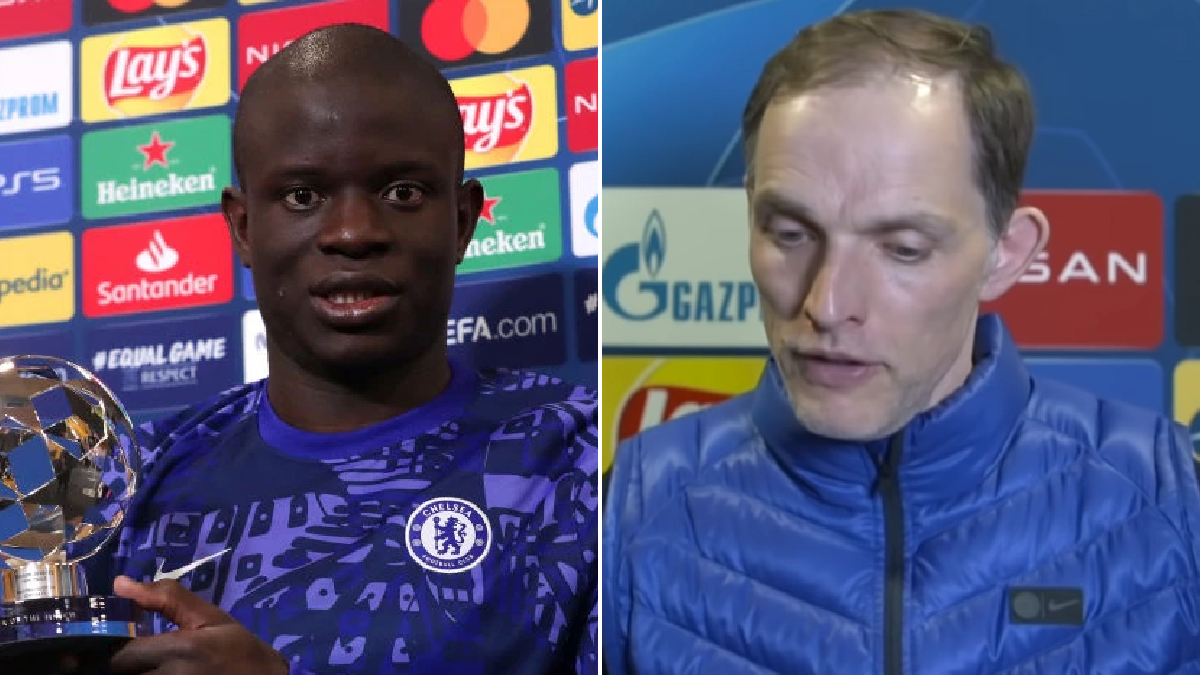 Chelsea boss Thomas Tuchel has added his voice to the praise for N’Golo Kante’s performance against Real Madrid though felt the Frenchman lacked cutting edge in the final third and could have been even more decisive.

The midfielder was named Man of the Match for his all-action display at the Alfredo Di Stefano Stadium on Tuesday night in the first leg of Chelsea’s Champions League semi-final, with the Blues taking a 1-1 draw back to Stamford Bridge.

However, despite acknowledging Kante’s strong display, Tuchel felt he wasted a number of attacking opportunities while he was also disappointed with some of midfield partner Jorginho’s decision-making.

‘He could have been even decisive in front of the goal, he was driving at the back of the midfield from Real. But a very, very strong performance.

‘It’s a pity that we don’t have Kova [Mateo Kovacic], because Kova is still more or less the same type of player, driving with the ball, and could have been very important.

‘You can see that Jorginho is very, very tired and a bit overloaded. You feel this in the decision-making, in some easy ball loses.

‘I blame nobody because I felt that from the mental point of view, the physical point of view, coming from West Ham – crucial game, away game – second day after the match you have travel and everything, you arrive here and the next pressure is on.

‘So I don’t blame nobody, but it was like this, we could have used one more day to be a bit more clinical.’

Chelsea threatened to steamroller Real Madrid in the first half but were let down by some profligate finishing and Tuchel sounded slightly regretful that his side are not returning to west London with a first-leg lead.

‘We could have perhaps decided this game in the first half an hour when we were playing so strong.

‘It’s half-time and we’ll have to fight for every centimetre and every advantage that we want to have and we need to fight and deserve it.’