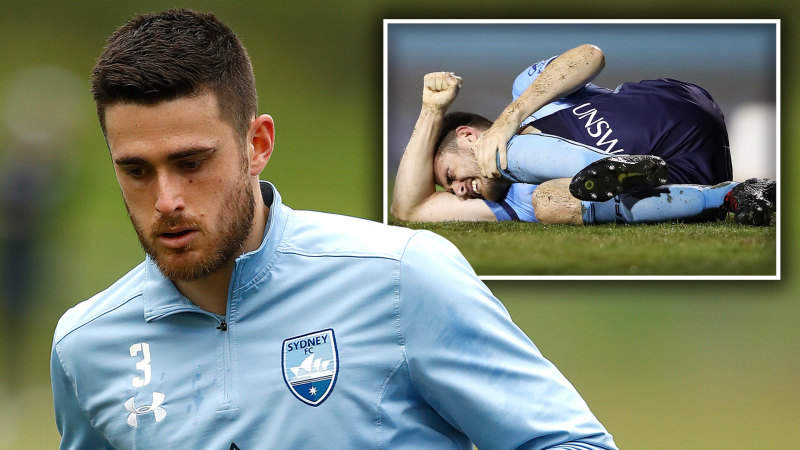 Ben Warland has three A-League winners medals in his cabinet at home. However, in each of those successful finals series, he didn’t so much as step onto the field.

The young Sydney FC defender already has a silverware collection greater than most who have ever played in the competition but there is a sense of absence when he looks at his honours. Throughout all of his triumphs, Warland has only ever been either a spectator or an unused substitute in a career that’s been blighted by as many long injury spells as titles. 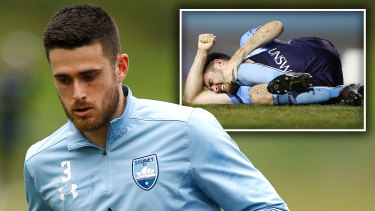 Fourth time lucky: Ben Warland has three winners’ medal but injuries denied him playing in any of those grand finals. Credit:Getty

His first title, with Adelaide United in 2016, was one he watched from the stands. As a youngster just coming through with the Reds, he didn’t make the cut for the final match day. His career accelerated quickly thereafter, earning him a move to Sydney FC in 2018 where he was injected immediately into the starting team.

However, a broken foot, then a ruptured anterior cruciate ligament suffered in his comeback consigned him to more than a year without A-League football. It saw him miss the 2019 grand final while complications following the knee reconstruction meant Sydney’s successful 2019-2020 campaign was one he watched entirely from the bench.

“It was hard. The first one at Adelaide, I was still young. It was my first or second year as a professional footballer but I was disappointed not to be involved as much as I would’ve liked to be,” he said. “With Sydney, I played a bit throughout the year but then unfortunately I did my knee so that kept me out for the rest of the season and I missed the final in Perth. Last year, coming back from my knee and then with the COVID break, I didn’t get on the park but we had a lot of experience and quality players.”

On the eve of yet another semi-final series, Warland finds himself in Sydney FC’s starting line-up. The loss of Ryan McGowan to Socceroos duty has opened the door for Warland to regain the starting position he looked to have secured three years ago, before his horror run of injuries.

“I have been starved for game time this year but it’s made me more hungry to show I’m capable of filling this position,” Warland said. “I have missed out on quite a bit of football. I have been pretty blessed and successful although I haven’t played any minutes in a grand final, I would love to be a part of one.”

On Saturday night, he will face the club where he began his career and will be looking to make-up for lost time. The Sky Blues host Adelaide United at Netsrata Jubilee Stadium with the prize of a grand final berth on offer. Sydney are on the cusp of a third successive title – something not achieved in Australian football in 29 years. For his teammates, it’s a chance to create another historic milestone. For Warland, it’s an opportunity to claim a winners’ medal he can say is really his.

“It’s made me more hungry to show I’m capable of filling this position,” he said. “You look back at the injuries and it makes you tougher and stronger mentally going into another finals series. It makes you wanting to be a part of this finals series so much more. Missing out due to injuries isn’t good, you don’t want to wish it on anyone but it’s made me fit and firing for this series. I am really excited.”

July 2, 2021 Soccer Comments Off on The Sydney defender who has three A-League winners medals, but has never played in a grand final
NFL News