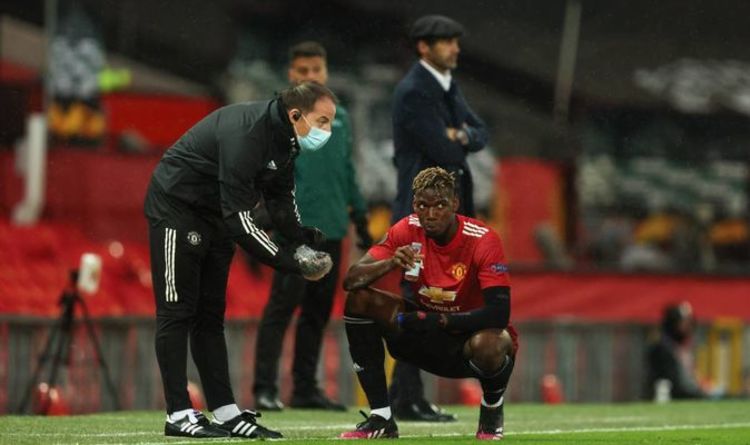 Man Utd: Solskjaer to do all he can to convince Cavani to stay

Paul Pogba was one of Manchester United’s many stand-out performers in their demolition of Roma on Thursday night. United thrashed the Italian side 6-2 at Old Trafford in the first leg of their Europa League semi-final to take one step into next month’s final.

Edinson Cavani and Bruno Fernandes both scored twice as Ole Gunnar Solskjaer’s side ran riot in the second half, but Pogba’s performance was also noteworthy.

It was the French midfielder’s strength, dribbling and vision which enabled Cavani and Fernandes to combine to open the scoring and he was a constant threat for the hosts.

Having put in a fantastic performance on the left of United’s midfield, Pogba got the goal he deserved when he stooped to head in Fernandes’ cross midway through the second half.

Mason Greenwood came off the bench to add further gloss to the score line and give United a huge advantage going into the second leg in Rome next Thursday.

After scoring his sixth goal of the season for United, Pogba was chosen to give interviews to the assembled media at Old Trafford last night, but there was something he had to do first. 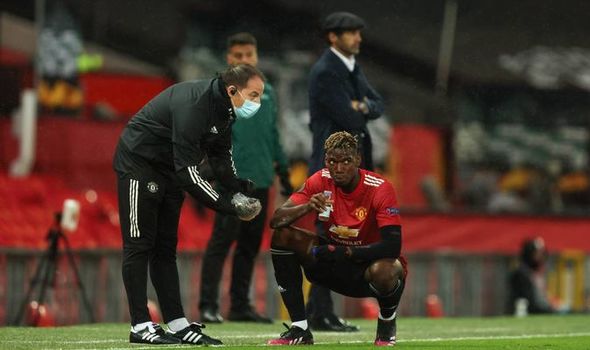 “At FT, he quickly ate, then reappeared for media interviews, sipping an energy drink. All this with a massive smile. I asked how he manages fasting and playing. He looked up, pointed and said ‘Allah helps us!’”

Pogba’s mother practiced Islam when Pogba and his two brothers Mathias and Florentin were growing up but she did not raise her three sons to be Muslim.

However, the 28-year-old came to the religion later in life through friends and is observing the holy month of Ramadan between April 12 and May 12, meaning he cannot eat or drink during daylight hours.

“Islam is not the image that everyone sees, terrorism,” Pogba told The Times’ Life Times podcast in 2019. “What we hear in the media is really something else. It’s something beautiful.

“It made me change, realise things in life. I guess, maybe, it makes me more peaceful inside. It was a good change in my life because I wasn’t born a Muslim, even if my mum was. I just grew up like that, respect for everyone.

“It came because I have a lot of friends who are Muslim. We always talk. I was questioning myself in a lot of things, then I started doing my own research. I prayed once with my friends and I felt something different. I felt really good.

“Since that day I just carried on. You have to pray five times a day, that’s one of the pillars of Islam. It’s something that you do. The meaning why you do it, you ask forgiveness and be thankful for everything you have, like my health and everything.

“It’s really a religion that opened my mind and that makes me, maybe, a better person. You think more about the afterlife.

“This life has a test. Like when I’m with you, here. Even if you’re not a Muslim, you are a normal human. You have a human relationship and respect you for who you are, what religion you are, what colour and everything.

“Islam is just this – respect of the humanity and everything.”