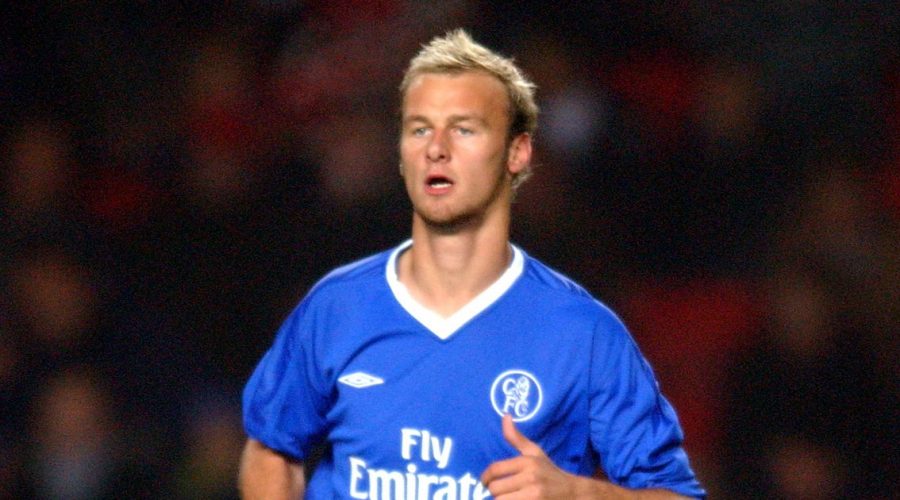 You may have to whisper it to Frank Lampard, but playing for Chelsea under Jose Mourinho doesn’t necessarily mean you will walk into a top managerial role. Just ask Steve Watt.

Watt made his professional debut for the Blues in 2005, featuring against Scunthorpe United in the FA Cup.

The former defender made his Premier League bow at the end of the same season, replacing Jiri Jarosik late on at Newcastle.

It could have been the start of a dream career for Watt, but he would not feature for Chelsea again and is now, at the age of 35, a manager in the depths of non-league.

“You always want longer than what you got, but I always joke to people that it’s a minute or two longer than a lot of people get at that level,” Watt previously said of his Premier League debut.

“I am just pleased I played that little part in the Premier League and it’s something that can never be taken away from me.

“It was great that my family could experience with me what we all worked so hard to do – to play in the Premier League.

“It worked out to be a perfect ending to the season and a perfect way for me to make my debut at that level.

“I look back on some great moments: I’ve won leagues, I’ve had promotions. I’ve got some great memories from my career, but you can’t look beyond making two appearances for Chelsea at that time, with that squad, with the players that were there.

“To play 90 minutes for that team and to make a Premier League appearance, I would have to put that at the top of my achievements.”

Watt went on to play for the likes of Swansea, Ross County and Grimsby Town.

His time in south Wales saw him learn from the likes of Claudio Ranieri, Brendan Rodgers and Roberto Martinez, though he’s not taken any of those into his managerial career.

Now with Hythe Town in the Isthmian League South East Division, Watt was previously at the helm of fellow Kent side Margate.

He had said: “I’ve been fortunate enough to have worked with some fantastic names and I’ll take something from them all.

“From the intricate planning and attention to detail of Mourinho to the man-management skills and emphasis on togetherness of Jay Saunders at Maidstone, I’ll take a little piece of each.

“What they all have in common though is that football is their life. You have to be dedicated at what you do and be prepared to go that extra mile if you want to succeed.”

And while he’s now plying his trade in the eighth tier of English football, Watt has no regrets on his playing days.

He added: “I wasn’t too hopeful about my career, but I think I developed at the right time.

“You always hope you’ll get a chance in an FA Cup game. I remember Mourinho coming up to me and asking if I wanted to play for him at the weekend.

“I assumed I was just going to be involved, I didn’t think I was going to start, but then John Terry found out for me that I was actually starting.

“It ended up with me being involved in a lot more squads. Even though it didn’t get me a lot more game time, I was travelling for Champions League games, which was a great experience for me.”

January 11, 2021 Soccer Comments Off on The non-league manager who made debut in Premier League under Jose Mourinho
NFL News