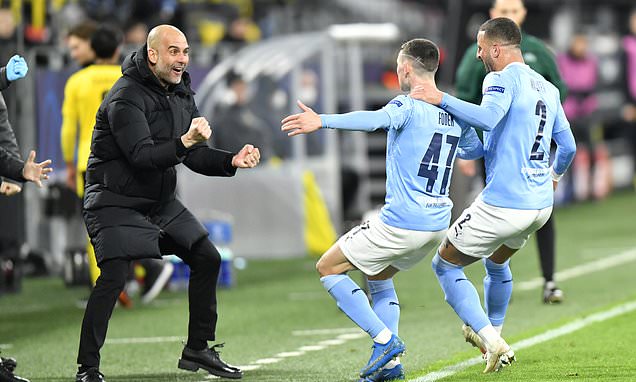 Pep Guardiola’s side attack with more impetus, move possession with extra zip, and that is perfect for Phil Foden… the lifelong fan, link to ‘old Man City’ and reluctant superstar came of age in Champions League semi-final win

It is the sort of image, bursting with raw emotion, which will follow Phil Foden. A snapshot in time. An enduring picture of the growing bond between manager and player.

Foden seems to score the biggest goal of his Manchester City career every few weeks. Wednesday night’s against Borussia Dortmund was the latest.

It flew in and he ran and ran, then ran a bit more before reaching a bouncing Pep Guardiola on the touchline. The pair embraced, exchanging words, before they were mobbed by the majority of City’s squad and backroom staff. 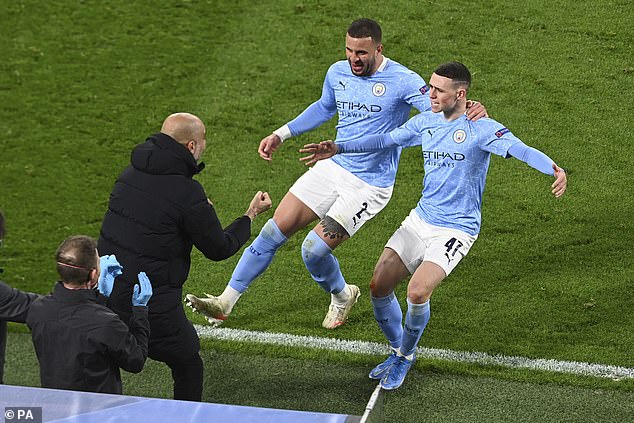 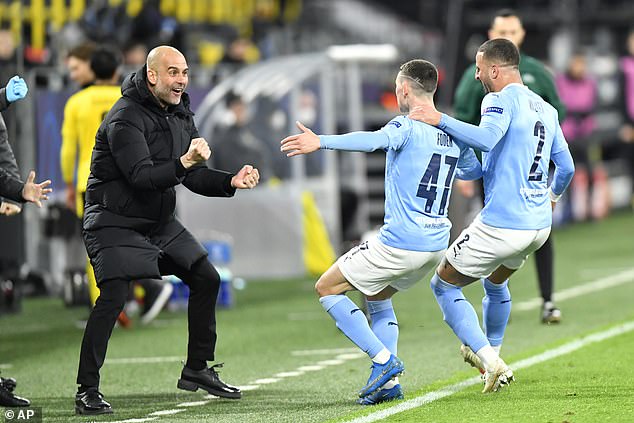 The corner routine, engineered back to Foden on the box’s edge, had been practised in training the day before the game. So there was obvious delight that a bit of homework done on Dortmund paid dividends. It’s nice when a plan comes together.

Nicer still that a young fan who offers a link to ‘old City’ — before Sheik Mansour’s takeover and the ascent to the elite — was the man to break Guardiola’s quarter-final hoodoo.

It is easy to forget that only five months ago, criticism of the way in which City’s boss was handling their finest academy talent still existed.

The perception remained that Foden must leave on loan for the good of his career. The 20-year-old and his club shunned every opportunity for a temporary move — and there were plenty of offers from some very big clubs.

Ahead of Saturday’s FA Cup semi-final with Chelsea, only Kevin De Bruyne has registered more goal contributions (goals and assists) than Foden’s 22 this season.

If they are to achieve the unthinkable and win the Quadruple, then City will have 12 games to go. There is a chance for him to become the club’s most productive player at the end of a historic campaign. 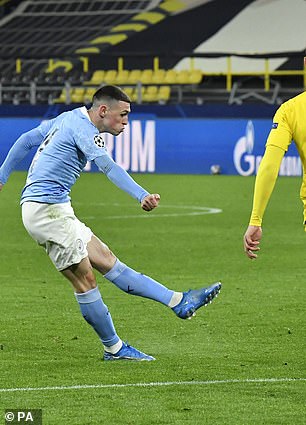 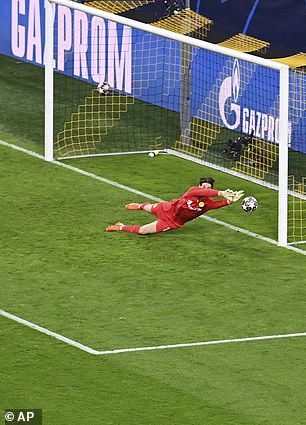 And as the pictures resurfaced on Thursday of Foden as a City mascot in the Etihad tunnel, holding Martin Petrov’s hand and gazing up in awe at Vedran Corluka, it is hard not to will him on. Amid the riches engulfing the sport, his story feels purer.

He is the reluctant superstar. Not long ago, Foden realised that even relative anonymity is now impossible. He cannot head out on his bike to let off steam without fans waving and shouting to him.

The tweet sent by his social media company in the immediate aftermath of beating Dortmund — seemingly throwing down the gauntlet to Paris Saint-Germain’s Kylian Mbappe ahead of the semi-final — did not feel authentically Foden and was not indicative of his personality. It was later deleted after threatening to sour the evening. 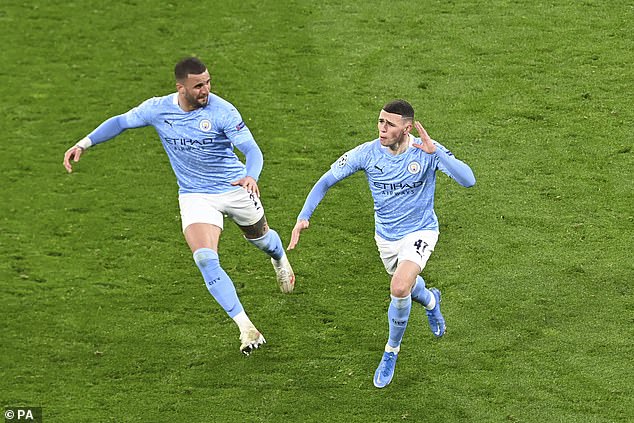 An overzealous tweeter could not ruin Foden’s night, though. City are impressed that he thrives on the big occasion.

In important games, Guardiola’s side attack with more impetus, move possession with extra zip, and that is perfect for Foden, bringing to mind something said by a City source earlier in the season.

‘Only a small number of players can always push the ball in the right direction while choosing the best option the majority of the time,’ they said. ‘Phil has that.’ 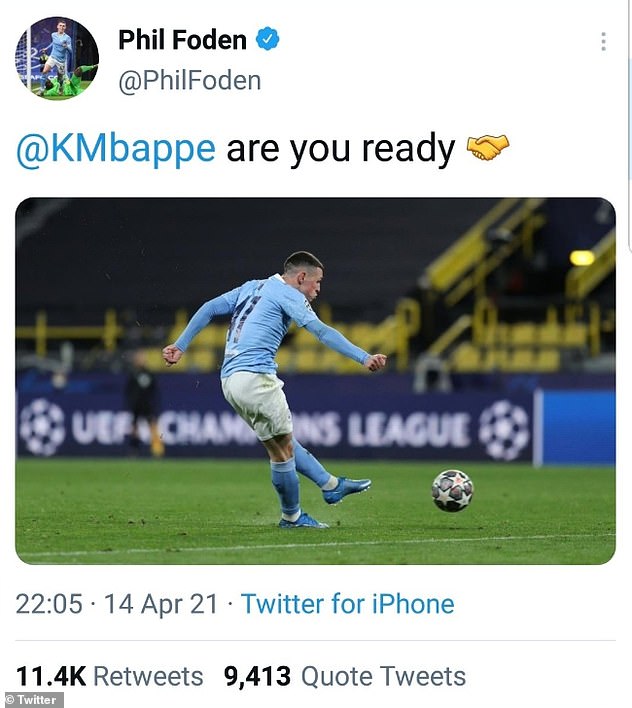 Foden was furious with the tweet sent without his approval, which tagged Kylian Mbappe

That sums up why Guardiola adores him. The extra intensity of City’s passing unlocks Foden, whose instinctiveness and drive with the ball at his feet are now matched with extra intelligence when the game is slower.

Guardiola has spent much of this season developing the England international’s decision-making. In essence, he has taught Foden how to play at different paces. He has absorbed Guardiola’s messages to the extent that Raheem Sterling is now struggling for game time.

One of the toughest aspects of the last three years is that Foden has had to assert himself among a group of megastars.

Aware of how good he could be, Guardiola has also been hard on him at times. That all looks worth it right now.

April 15, 2021 Soccer Comments Off on The night Foden came of age: Pep's patience pays off in Dortmund
NFL News