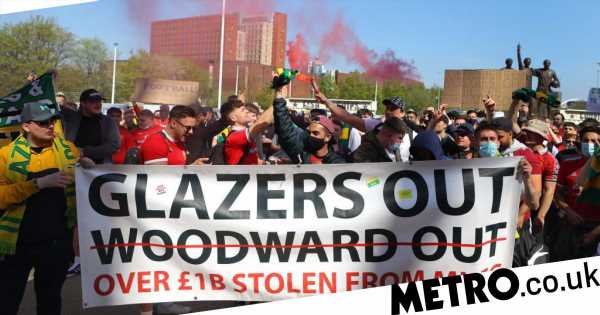 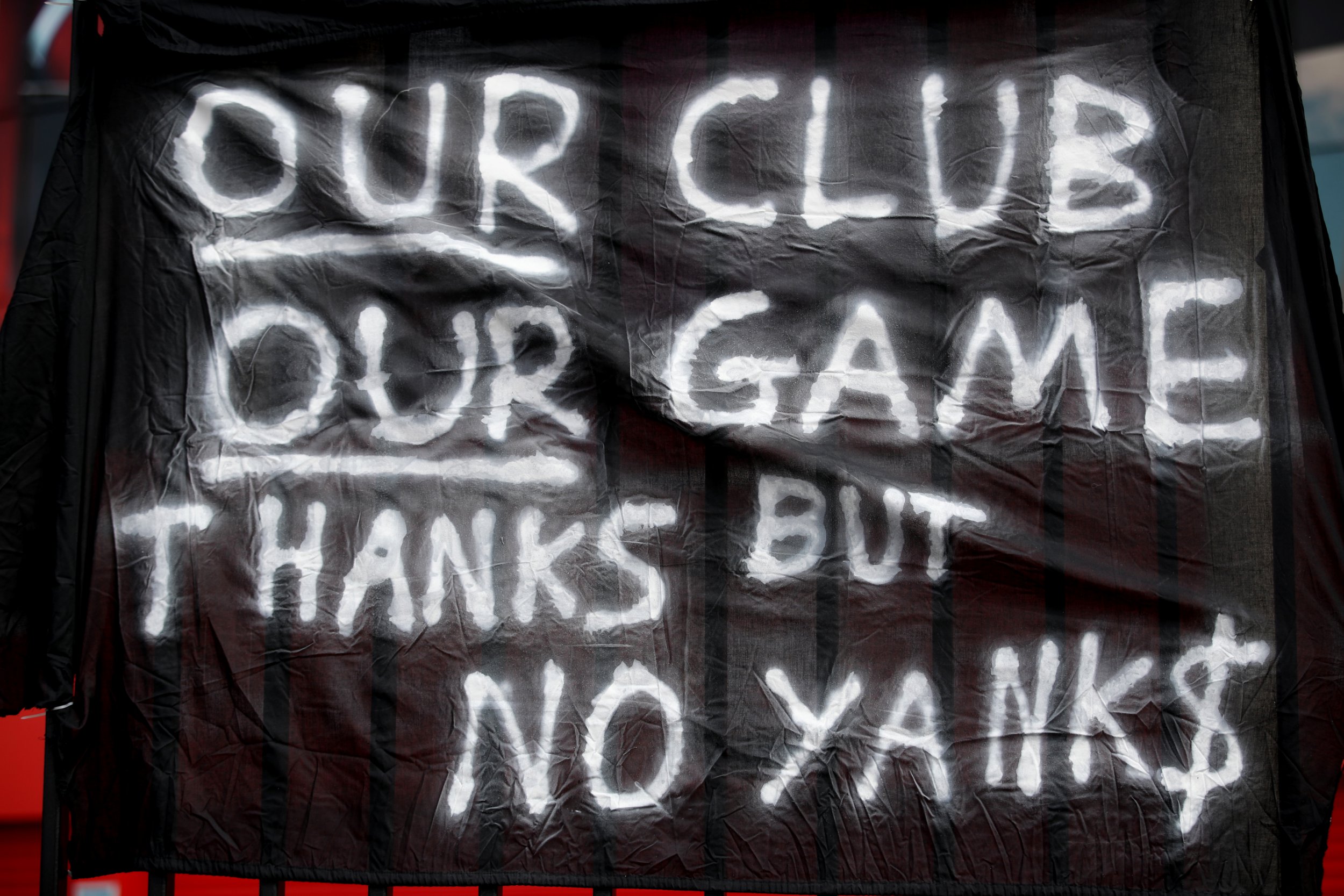 Supporters may have been locked out of football grounds for more than a year but their voices are being heard loud and clear by those who run our national sport.

If the so-called ‘Dirty Dozen’ clubs behind the European Super League thought empty stadiums would provide them with a free pass to push through their controversial plans, they were given a rude awakening this month.

Indeed, with time on their hands and the ability to watch every game home and away in the comfort of their own home, it feels as though — for better or worse — supporters’ opinions are being heard like never before.

And with fan power having been credited with turning plans for the breakaway league to rubble within 48 hours of the 12 clubs going public with their project, those voices are only going to get louder.

We may never know how influential the Chelsea fans who blockaded their team’s bus before the game with Brighton were in changing the course of football.

What is certain is the scenes outside Stamford Bridge will go down in history, as fans who had turned up to protest at the Blues’ ESL involvement were told Chelsea would not be joining the breakaway. The other five English clubs — and project as a whole — fell like a pack of cards before the night was out.

But if the ‘big six’ thought a U-turn and a grovelling apology from owners would draw a line under the affair, they were seriously mistaken.

None of the English rebels has escaped public protest from their own fanbase — ‘Sack the Board’ placards were even visible among 2,000 Manchester City supporters at the Carabao Cup final.

There have been protests outside Arsenal, Tottenham and Liverpool, whose manager Jurgen Klopp said: ‘When I see the pictures now, the last few days, Arsenal and the Chelsea stuff, I really think you have to calm down.’

Klopp may have to get used to it, however. A handful of Manchester United followers took their objections to the club’s training ground and the protests, which are likely to continue outside Old Trafford for their home game with Liverpool on Sunday will undoubtedly be heard within it.

The pressure has been cranked up the most at Arsenal — oddly the club with most to gain from any European Super League given their descent into Premier League mediocrity.

While the usually reclusive John Henry at Liverpool and Joel Glazer at Manchester United filmed a video and wrote an open letter respectively, fellow American businessman Stan Kroenke lived up to his Silent Stan persona, the Gunners’ grovelling apology signed off by ‘the Arsenal Board’.

The scenes outside the subsequent 1-0 home defeat to Everton were especially colourful, with an effigy of Kroenke being hung outside.

The protesters inspired the Danish billionaire Spotify owner Daniel Ek to mull a takeover offer along with club legends Thierry Henry, Dennis Bergkamp and Patrick Vieira. The Kroenkes may insist they ‘are not selling’ but Ek and his cohorts are unlikely to be silenced.

It is not just at the big teams where fans are making their voices heard — although there can be few clubs that haven’t had a gaggle of noisy souls gathered outside in the car park to berate their board at one time or another.

With Southend on the brink of back-to-back relegations which will see them drop out of the Football League for the first time since 1920, fans gathered before their home game with Leyton Orient to rail against owner Ron Martin.

You hear managers complain turbulence off the pitch can filter through to what happens on it but Shrimpers boss Phil Brown used it to his advantage last weekend, taking his players out to meet fans before kick-off.

‘There were a lot of people outside who care for the club but if they watched the performance they have to say there’s a lot of people inside the ground who care a lot too,’ said Brown after a 2-1 victory earned a stay of execution.

Save our Southend has organised another campaign for their final game of the season, while former striker Stan Collymore has got involved to try to get Martin to listen to Shrimpers fans.

People power on the rise

Membership of the Swindon supporters group Trust STFC has mushroomed in recent weeks as discontent at owner Lee Power’s stewardship of the club grows.

It is not just relegation straight back to League Two that has disgruntled fans — more a series of court cases and legal disputes which have seen Power threaten to place the Robins into administration, the club having been called ‘hopelessly insolvent’ by a High Court judge.

Power wants to sell to an American company, while Trust STFC is backing minority shareholder Clem Morfuni in his attempts to buy the club.

It is a struggle that echoes those which led to Bury’s demise and pushed the likes of Wigan and Bolton to the brink. The County Ground may currently be off limits to fans but the slogan #FanPowerNotLeePower has become a common sight online and in the town.

With games behind closed doors, the role of social media has never been more influential in keeping fans in the loop, as the situations at Swindon and Arsenal — who have also seen a surge in supporters trust memberships — show.

And it is not just fans who have been big on the ‘socials’. Manchester United’s Marcus Rashford used his Twitter feed to change government policy on providing free school meals in his bid to end child food poverty as many players have found their voice.

But just as that campaigning zeal has moved online, so has the racial hate, with Rashford one of many players to have been targeted by the bigots this season.

Football this afternoon embarks on a self-imposed four-day social media blackout to make a stand.

If fans are feeling more empowered, it begs the question how else they can come together for good?

Could they finally force football into a change where all the riches are not concentrated in the Premier League, take a stand over kick-off times, or even fight against VAR?

And at a time when supporters’ angst appears to be reaching new heights, there is one form of protest clubs will fear more than any other.

After a year of not going to matches, it may just be that a large number of us have found something else to do at 3pm on a Saturday (or 8 o’clock on a Monday night) or have simply got out of the habit of going to games.

And if it is no longer possible to watch every Premier League game on TV, there will undoubtedly be others who pull the plug on their television subscriptions.

Either through apathy, disinterest or deliberate direct action, supporters keeping their money in their pockets would be certain to grab the attention.

Protests may get the owner’s ear but the most effective form of fan power would be voting with their feet.

How to get your Metro newspaper fix

Metro newspaper is still available for you to pick up every weekday morning or you can download our app for all your favourite news, features, puzzles… and the exclusive evening edition!

April 30, 2021 Soccer Comments Off on The demise of the European Super League shows fan power can bring about change
NFL News