The problems currently engulfing Manchester United are widespread but it all starts with the back four.

Jose Mourinho wanted defensive reinforcements in the summer and did not get them.

Can a case be made for United’s defence? Sportsmail finds out. 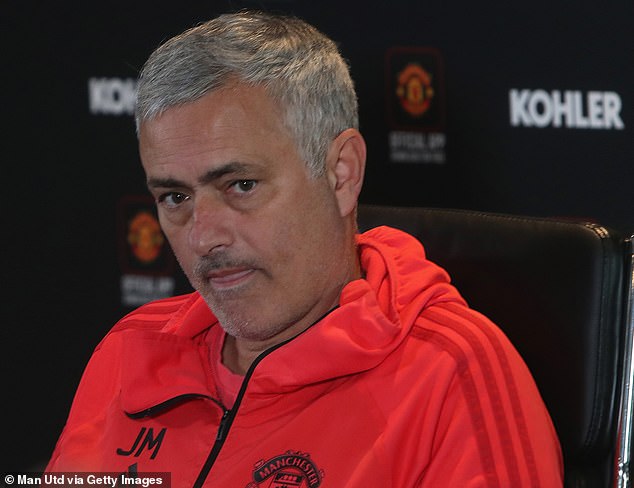 The former Aston Villa left winger Ashley Young is Manchester United’s current right-back and captain, which sums up where the club is at the moment.

Right-back, like so many areas, remains an unsolved problem. When United paid £19m for Porto’s Diogo Dalot in the summer, Mourinho declared that they had signed the best young right-back in Europe. The problem is that we have hardly seen him.

While injury has hampered, Dalot has made just two appearances and so the jury must remain out. He was brought in to provide competition for Antonio Valencia, another converted winger. 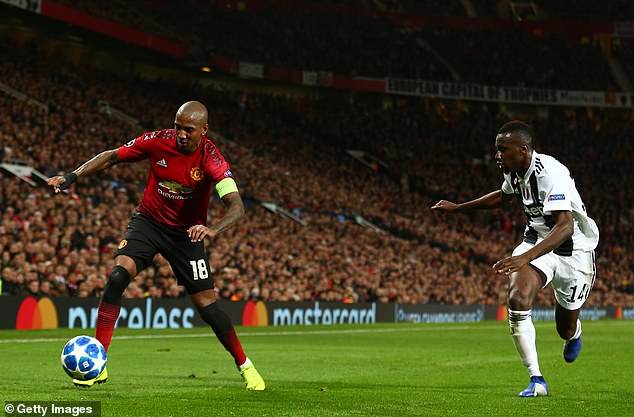 Ashley Young is the United captain at present, which sums up where the club is

The 33-year-old ex-Wigan man has not been seen since the Valencia bore draw at the start of the month but Mourinho says that is down to complicated surgery ‘on his mouth’, rather than him liking an Instagram post calling for the manager’s removal.

Speaking of social media blunders, what of Matteo Darmian? The Italian, who bizarrely tweeted that he was looking forward to the Champions League just two days after a Champions League fixture (me neither) has not featured in the last 12 matches, despite being on the bench six times, and would appear to be on his way out. 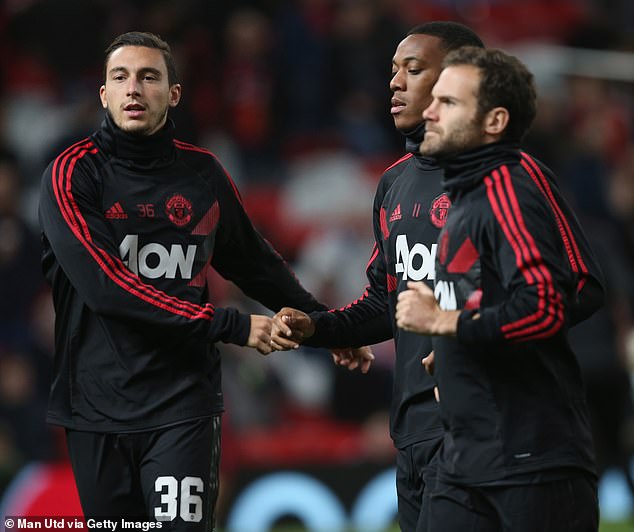 Word from Old Trafford is that Eric Bailly was a virtual unknown to the club’s growing scouting department, and that he was something of a manager’s special.

While they would never say it publicly, officials may well think of Bailly when Mourinho is whinging about not being able to sign defensive targets in the summer.

Despite a promising start the big Ivorian, who cost £30m from Villarreal in 2016, has not been a success. Bailly was last seen being unceremoniously hooked after just 19 minutes with United 2-0 down to Newcastle and Mourinho seemingly on the brink.

Instead of bringing on Victor Lindelof, another firmly believed to be a Mourinho man, the manager introduced Juan Mata and dropped Scott McTominay into the back four in what represented a damning indictment of two of his own signings which pretty much underlined the current dysfunction.

To his credit, Lindelof – a £31m summer arrival from Benfica – put in arguably his best performance in a United shirt in the Juventus defeat and showed signs that perhaps all is not lost. There is, however, a long way to go. 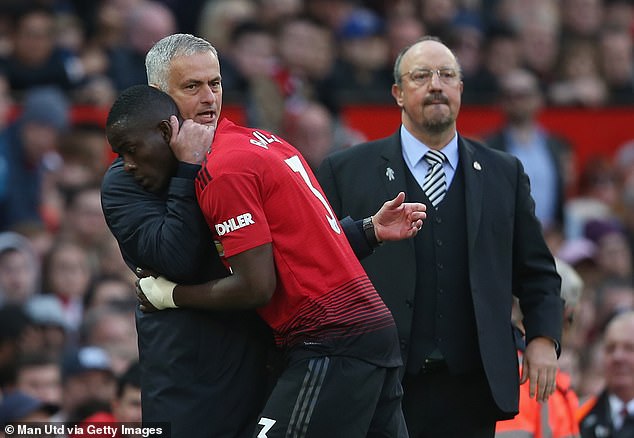 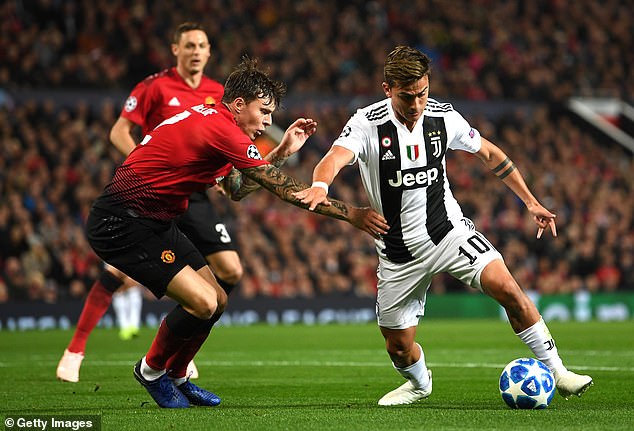 Phil Jones is still only 26, which is difficult to believe, and appears to be at another crossroads. Last seen missing (and then getting dug out for) the penalty which saw United crash out of the EFL Cup at home to Derby, the former Blackburn man who reminded Sir Alex Ferguson of the great Duncan Edwards has endured a miserable season so far and injuries continue to stifle his progress.

Chris Smalling is probably the only central defender at the club functioning anywhere near full capacity and has been a regular since making his bow in the 3-0 home thumping by Spurs.

The Londoner, who joined the club back in 2010, would appear to be the only central defender that Mourinho can rely on, despite the new additions he has overseen.

His budding partnership with Lindelof may well make or break United’s year. Mourinho is right – reinforcements are needed – but if his signings had performed then that would not be the case. 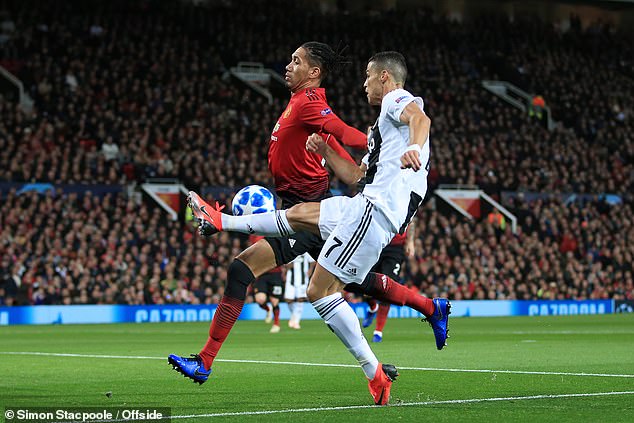 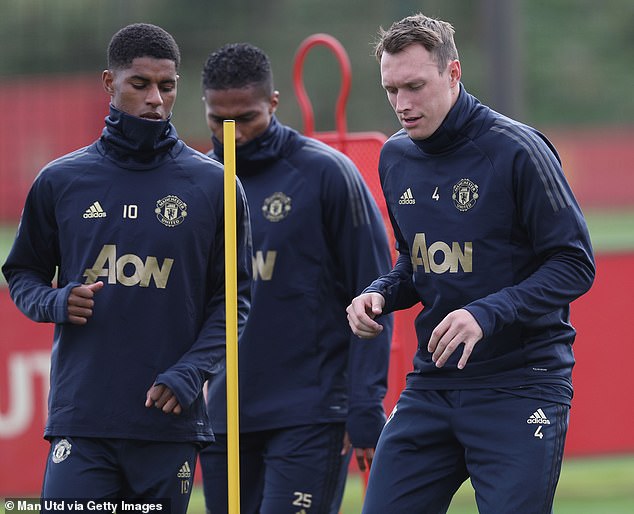 When United handed Luke Shaw a new, five-year contract earlier this month, they committed to paying him around £49.2m.

Think about that figure for a moment. This is a player who, rightly or wrongly, has been accused of complacency in the past. How he will react to this largely unjustified windfall is yet to be seen.

To his credit Shaw, who has had horrendous luck with injuries, has been one of few positives this season, giving glimpses that he may be about to fulfil the potential he showed at Southampton. 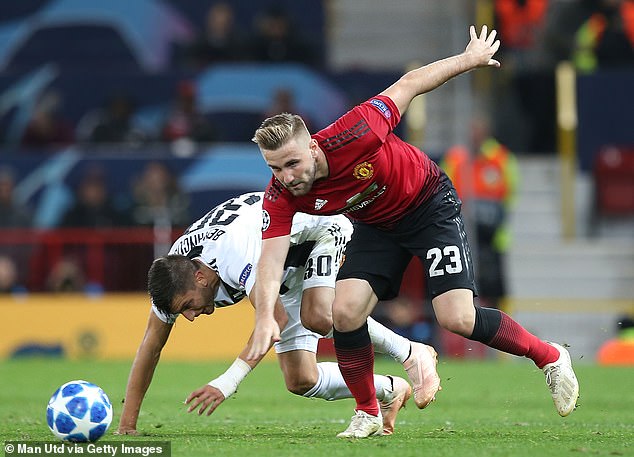 Should that be the case, the left-back spot should not be an issue for United for many years to come.

Should it not, then United are not exactly blessed with back-ups ready to seamlessly slot into the role, especially with Ashley Young currently filling in on the other side of defence.

Mourinho was linked with a move for Juventus’s Alex Sandro in the summer. What United were missing out on will not have gone unnoticed on Tuesday night.