Every international tournament serves up certain players who massively step up on the big stage.

Some could even be said to over-performing. The likes of Milan Baros for the Czech Republic at Euro 2004 spring to mind – though it’s quite rare that several players from the same domestic side all hit the headlines at the same time.

Yet this appears to be the case with Atalanta; the plucky Serie A darkhorses who have been making a solid name for themselves over the past seasons.

Several of the Atalanta stars have not only been featuring at the European championships, but making their presence very much known.

Sportsmail cycles through the names who are reflecting very well indeed on their club, and could well be placing themselves in the shop window as a result…

After finding the back of the net for Croatia against Spain, Pasalic became Atalanta’s record fifth goalscorer at the tournament.

The former Chelsea man had been provided cohesion at the heart of the Croatia side, who were unlucky not to book themselves a place in the quarter finals of the competition.

Pasalic came off the bench and his glancing header in stoppages allowed Croatia to complete the comeback from 3-1 down to draw 3-3 with Spain in the Round of 16, forcing extra time. 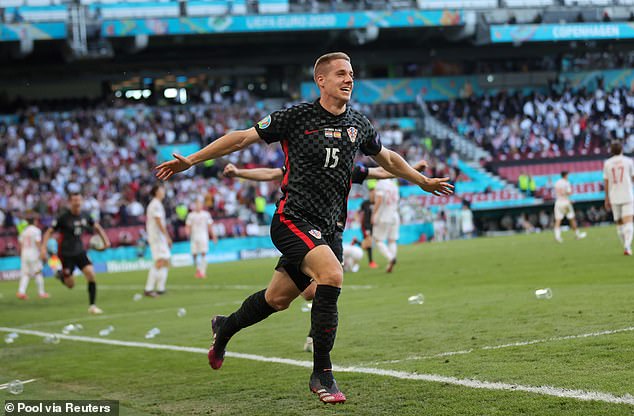 He was the fifth different Atalanta player to find the net at the tournament so far, after Denmark’s Joakim Maehle, Matteo Pessina of Italy, Aleksei Miranchuk with Ukraine and Germany’s Robin Gosens

Pasalic may be returning to his club after failing to reach the latter stages, but he did ensure Atalanta took a share of a record in the process.

Having five goalscorers at a European championships is a joint all-time record, with the only other clubs to have five players on target in a single Euros were Real Madrid in 2012, Barcelona in 2000 and Anderlecht in 1984

German left wing back Gosens arguably provided one of the finest performances of Euro 2020, after contributing in all four of Germany’s goals against Portugal.

The wide man worked tirelessly up and down the flank, supporting at both ends of the pitch and ensured his side were able to pick off the holders of the trophy. 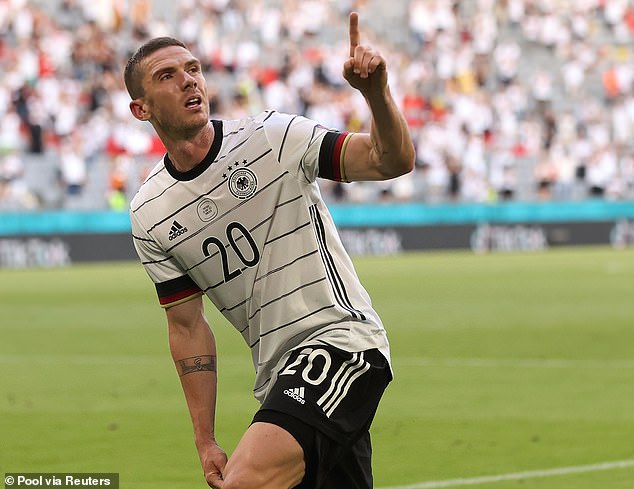 The 26 year old has served as an excellent attacking outlet for both club and country, scoring 20 goals and getting 14 assists in Serie A over the last couple of seasons and finding himself linked with a host of top European clubs as a result.

Signed by Atalanta in 2017 for less than one million Euros from Dutch side Heracles Almelo, Gosens is now subject to interest from Barcelona.

He gave a solid account of himself in the last 16 against England, playing consistently enough at Wembley to deter boss Joachim Low from bringing on more attack-minded wide players such as the energetic Leroy Sane until the final minutes of play.

Playing in a Denmark team inspired by the horrific health scare suffered by talisman Christian Eriksen, Maehle has been a driving force for his nation.

Adept at playing on either left or right wing back, the 24-year-old has provided constantly flexibility for his side and has proven to be a solid attacking outlet. 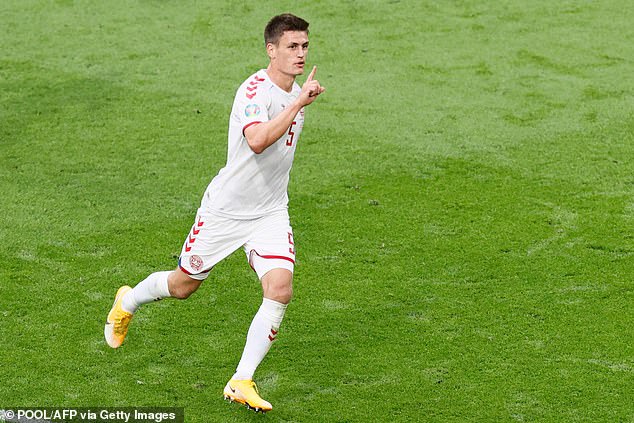 Adept at playing on either left or right wing back, Joakim Maehle has provided a real outlet

Atalanta picked up the Dane from Genk during the January window, in what now looks to represent a stellar piece of under-the-radar recruitment.

He impressed against Belgium before putting in sublime performances against both Russia in the group and Wales in the round of 16, scoring in both games and contributing to the capitulation of Robert Page’s side.

It should be noted that Maehle continues to be used in a back-up capacity for Atalanta in Serie A and European football, though his performances at the Euros may well change that come the start of next season.

Italy’s Wembley hero Pessina certainly made his arrival known against the Austrians.

With the match spilling over into extra-time, Pessina’s arrival off the bench along with Federico Chiesa tipped the contest on its head.

Pessina brought dynamism and drive to a field full of players with tired, cramp-ridden legs. 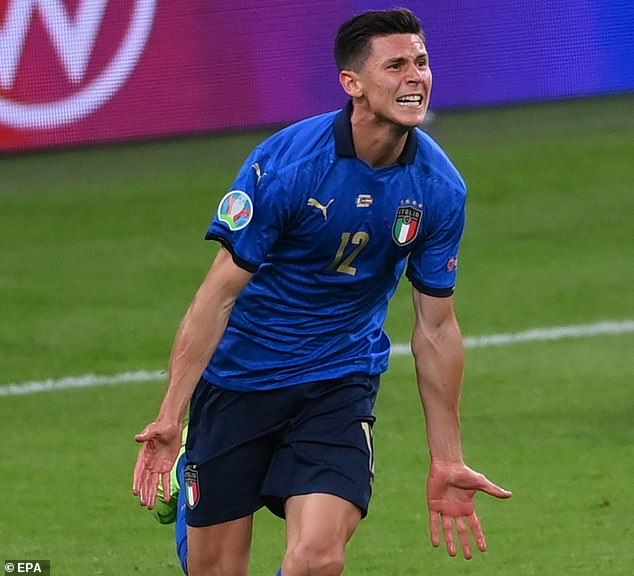 The 24-year-old midfielder is a recognised presence for Atalanta, but is fast becoming a mainstay in Roberto Mancini’s international set-up.

Pessina crashed the ball into the back of the net and pulled off a hilarious face-slide celebration in the aftermath, as his jubilant Italy team-mates piled on top.

With the Azzurri now progressing to the latter stages, expect more to come from the Monza-born star.

Another of the Atalanta stars who has sights set on upsetting the odds and getting to the final with an unfancied nation.

The Ukraine No.8 arrived from the bench on Tuesday night as Ukraine pulled off a thrilling extra-time victory over Sweden to book a quarter-final showdown with England. 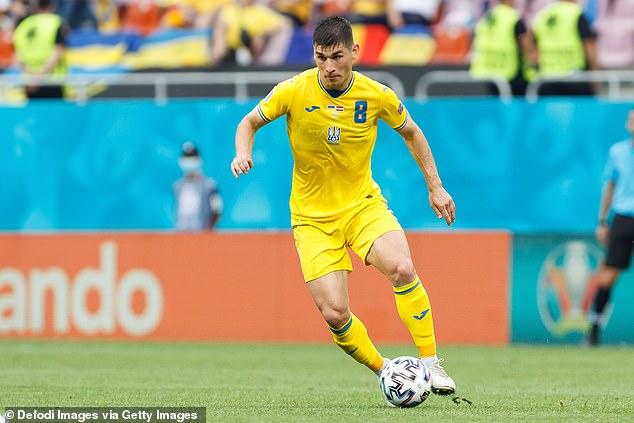 Signed from KRC Genk in 2019, the midfielder put in a great season over the previous campaign, scoring eight times and assisting 12 in the league.

He was a strong candidate for Atalanta’s player of the season, and has carried form into the Euros as well.

Although he’s yet to score in the tournament after missing one from the penalty spot, his creativity and long range shooting make him a consistent danger to the opposition… and something England will need to be wary of in the next round.

Switzerland’s masterclass against France is still rightly being lauded and, while much of the praise is due to Granit Xhaka for his solid performance in the heart of midfield, Freuler was right there with him.

Freuler was seen switching roles with Xhaka, putting in the dirty work before then turning creator and allowing his team-mate to pick up the slack. 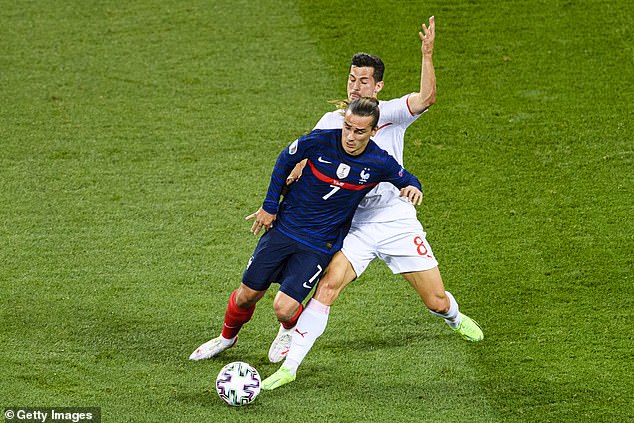 The understanding works, and the Swiss somehow held their own in a midfield containing the likes of N’Golo Kante, Paul Pogba and Adrien Rabiot.

Signed from FC Luzern back in 2016, the Swiss midfielder has started all of his nation’s games in the tournament, putting up tidy displays in each of them.

The 29-year old started 32 league games for Atalanta last season and is a regular face in what is a very exciting team.

Miranchuk was the only Atalanta star at the Euros who would not go on to play in the knockout stages.

The attacking midfielder was unquestionably one of Russia’s better players and went on to score a great goal against Finland in the only game that his nation won.

The 2020/21 Serie A season was Miranchuk’s first in Atalanta colours since arriving from Lokomotiv Moscow last summer.

After going through a period of steady adaption, he is set for a big role in the coming season, and is already being watched by European clubs. 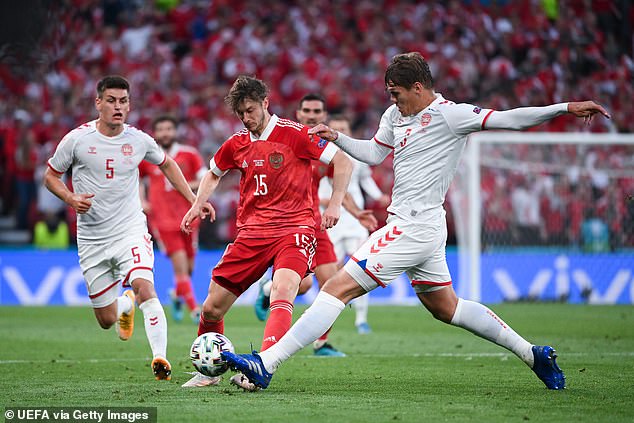 The full-back is still searching for consistent game time with Italy, due to Mancini’s side being so nicely stocked with talent in the wide areas.

Nonetheless, Toloi was handed his chance in the final group game clash against Wales, in which he put in a solid performance and provided the assist in the slender 1-0 victory.

The 30-year-old is seen as an experienced head for both club and country, and became Atalanta captain last summer following the departure of Papu Gomez to Sevilla. 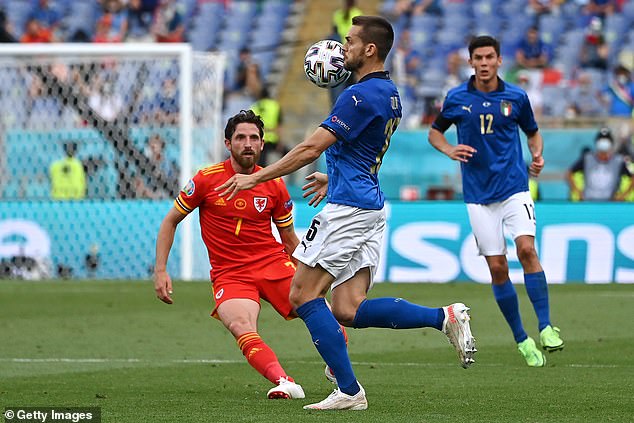 July 2, 2021 Soccer Comments Off on The Atalanta stars who are smashing Euro 2020
NFL News