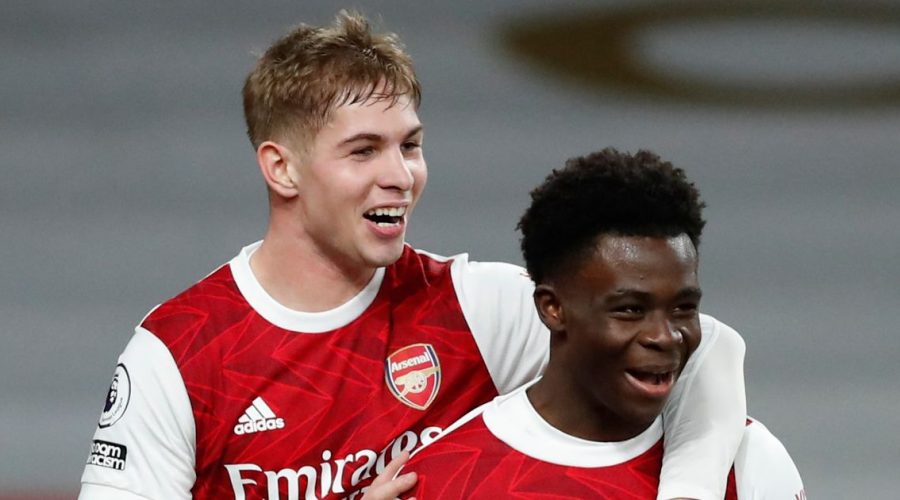 Unai Emery’s rather disastrous tenure as Arsenal manager almost seems like a lifetime ago now, with the Spaniard being sacked back in November 2019.

The now-Villarreal boss clearly had an eye for talent though, having given a number of promising youngsters their senior debuts.

The likes of Emile Smith Rowe and Bukayo Saka were actually given a chance to shine during Emery’s reign, albeit mostly against lesser opposition in the Europa League.

There were also some that never graced the pitch again in an Arsenal shirt having been sold or not yet given the chance by Mikel Arteta.

So 18 months or so on from Emery’s sacking, here is an update on how those five youngsters he handed a debut to are doing now…

Young defender Pleguezuelo would have had dreams of following in the footsteps of Cesc Fabregas and Hector Bellerin after leaving Barcelona for the Gunners as a teenager.

Sadly, he’s turned out to be more Jon Toral than either of those two, and left the club permanently in 2019.

Pleguezuelo now plies his trade with FC Twente in the Eredivisie where he was a regular starter until he ruptured his ACL in February this year.

There is still plenty of time for Medley to come good for Arsenal, but for now the 20-year-old is having to settle for loan spells in the lower leagues.

Currently with Kilmarnock in the Scottish Premiership, Medley also spent time at Gillingham in League One earlier this season.

Medley will no doubt be hoping for more chances next season, even if he does have to settle for appearances in cup competitions again.

One of those who is sure to lead Arsenal to future glory, the ‘Croydon De Bruyne’ has made a real name for himself this season with some fine performances.

Smith Rowe has arguably become one of those best creative players in the Premier League in recent months, and shown he could be a world class player in years to come.

The 20-year-old is still waiting on his first league goal, but has certainly offered plenty in other areas.

A Scotland and England youth international, sadly things didn’t work out for Gilmour at Arsenal, and he joined Norwich in 2019.

One loan spell to Dutch second tier side Telstar later, the midfielder was released after just a year at Carrow Road.

Gilmour has since found a new club, signing a short-term deal with St Johnstone in February, where he will spend the rest of the season.

Few could have predicted the rise Saka has enjoyed in the past 18 months or so with the versatile left-footer staking his claim as Arsenal’s best player these days.

Still only 19 years old, the fully-fledged England international is a force to be reckoned with if he plays in defence, midfield or attack.

Six goals in 36 appearances this season does not tell the full story of Saka’s campaign, and the club’s no. 7 has a seriously bright future ahead of him.

April 9, 2021 Soccer Comments Off on The 5 Arsenal youngsters Emery handed debut to – and what happened to them since
NFL News