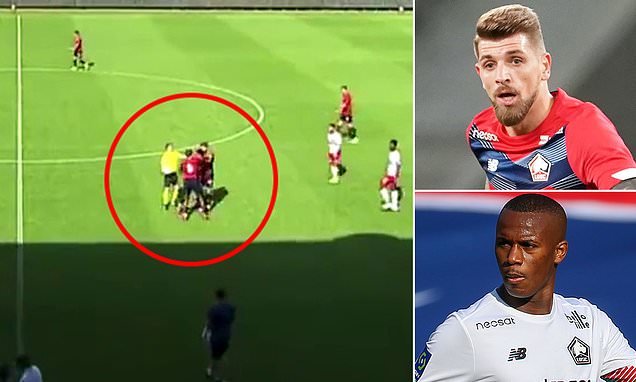 So much for a friendly! Lille have two players SENT OFF during pre-season game after team-mates Xeka and Tiago Djalo pushed and shoved each other in a heated fight at the end of the first half against KV Kortrijk

Troubled Ligue 1 champions Lille suffered fresh embarrassment on Saturday when they had two players sent off for fighting each other.

Portuguese pair Xeka and Tiago Djalo came to blows after the half-time whistle during a friendly match against KV Kortrijk.

It is the latest setback for the French club after manager Christophe Galtier decided to leave the club just days after beating PSG to the title. 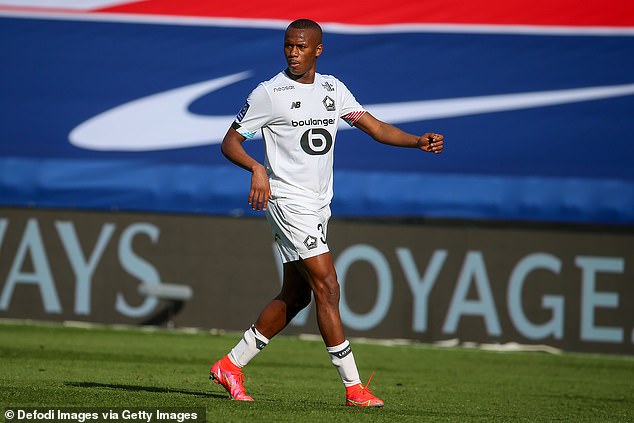 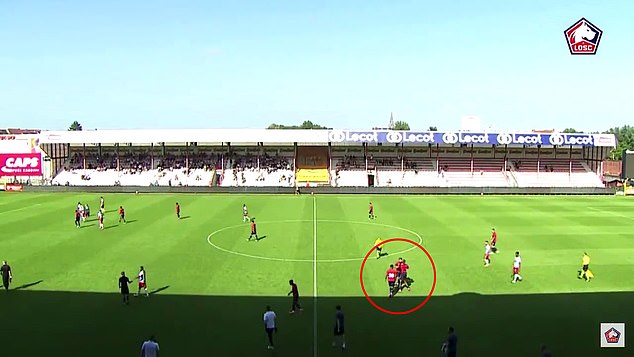 Galtier was named as the new boss of Nice last month and former Bordeaux and Guingamp manager Jocelyn Gourvennec was his shock replacement despite being out of the game for two years.

Gourvennec is expected to preside over the sale of many of the title winning squad.

And his pre-season preparations descended into farce when Xeka and Tiago Djalo clashed as the players left the field at the end of the first-half.

Reports suggest Xeka confronted team-mate Djalo as he was frustrated with his poor first-half performance. 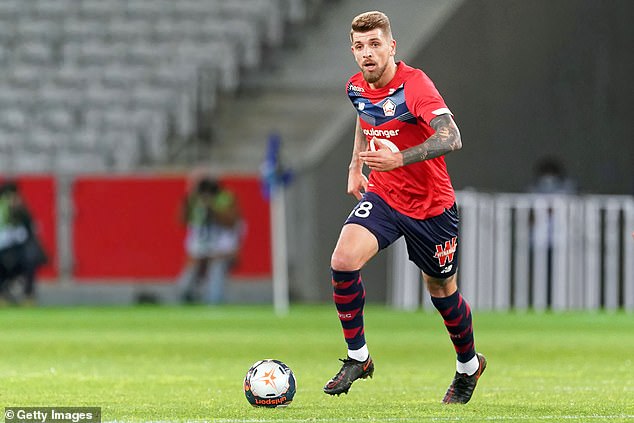 The pair had to be separated by the referee, who then brandished a red card for violent conduct.

The Belgian side’s manager Luka Elsner offered for his side to play with just 10 players in the second-half.

Yusuf Yazıcı scored a late equaliser for the French side in a 1-1 draw.

Former Bordeaux and Guingamp manager Jocelyn Gourvennec was unveiled as the new Lille boss earlier this month after Christophe Galtier left the club to take over at Ligue 1 rivals Nice. 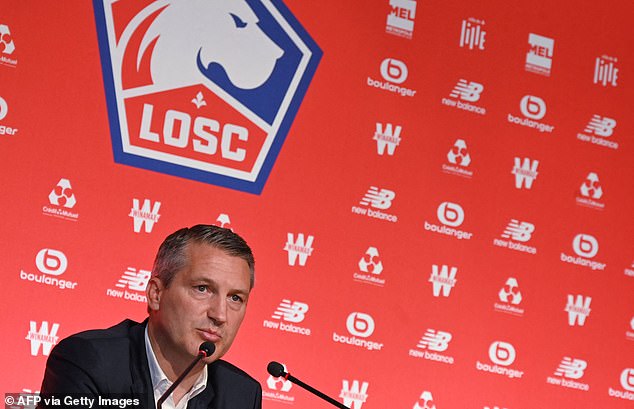 Gourvennec returned to management after two years out.

He presided over EA Guingamp’s relegation from Ligue 1 after being initially responsible for their meteoric rise and qualification for the Europa League.

The move comes after Laurent Blanc, Lucien Favre and Patrick Vieira all rejected the chance to coach the side.