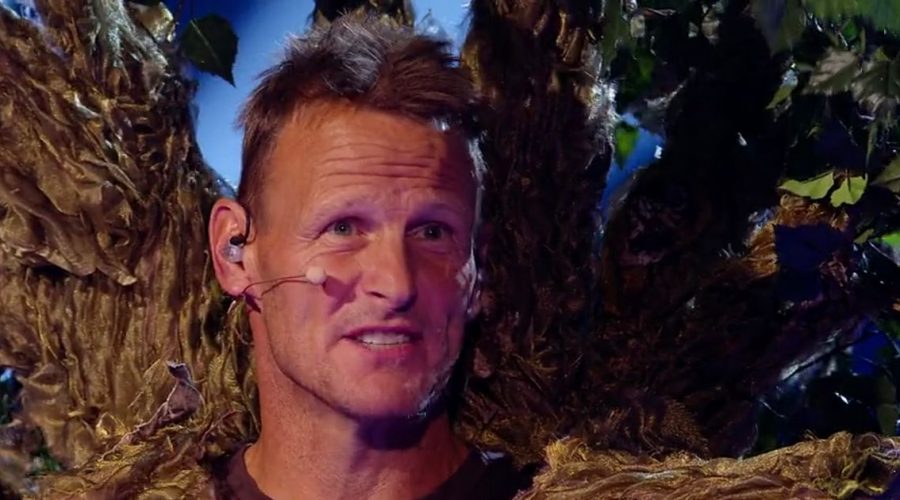 Manchester United legend Teddy Sheringham has revealed he now gets recognised as the ‘tree from Masked Singer’ – not the former footballer.

The 55-year-old scored 372 goals for club and country over a 25-year career, with 46 of them coming for the Old Trafford side.

And his strike against Bayern Munich in the 1999 Champions League final is one of the most iconic in football history, putting the Premier League giants on the way to a treble.

Since his retirement in 2008, Sheringham had a tough three-year spell in management before deciding to join the first series of ’The Masked Singer’ in 2020, revealed in the fourth episode as the tree.

And the Englishman admitted that his latest TV appearance has actually been earning him more fame than his achievements on the pitch.

Speaking exclusively to Ladbrokes at the launch of their European Championships 5-a-side Bet, the United hero said: “I've had a few people come up to me since the show aired.

“They don't ask if I'm Teddy Sheringham, the Manchester United and Tottenham footballer, they ask if I was the Tree from The Masked Singer.

“I’m getting asked for autographs when I'm out and about with mates and they're like "look what it's come to, you're actually getting remembered as a tree!"

What do you think is Manchester United's most iconic goal in their history? Let us know in the comments section.

‘The Masked Singer’ saw the United hero perform ‘It Must Be Love’ by Madness, ‘Lovely Day’ by Bill Withers and ‘Evergreen’ by Westlife.

And the 55-year-old used his secret gig to pull a prank on his friends, adding: “It was a great experience just recently doing The Masked Singer.

“Obviously it's all pre-recorded so I knew when I was getting booted off the show.

“On the Thursday beforehand, I played golf with my old friends James Collins, Simon Davies and Carl Fletcher. We were walking up the fairway and I just asked any of them if they'd seen the show.

“I said ‘I can't understand it; what a load of rubbish’ just to try and get a response.

“All of them said they'd had it on in the background with their wives and kids, but they weren't really clued up on it.

“I didn't say any more, and then when I got unmasked on the Saturday night, they phoned me up straight after and couldn't believe I was on it.

“They were annoyed I didn't tell them I was on it, but it's all such a secretive show; you can't tell anyone. It was hilarious.”