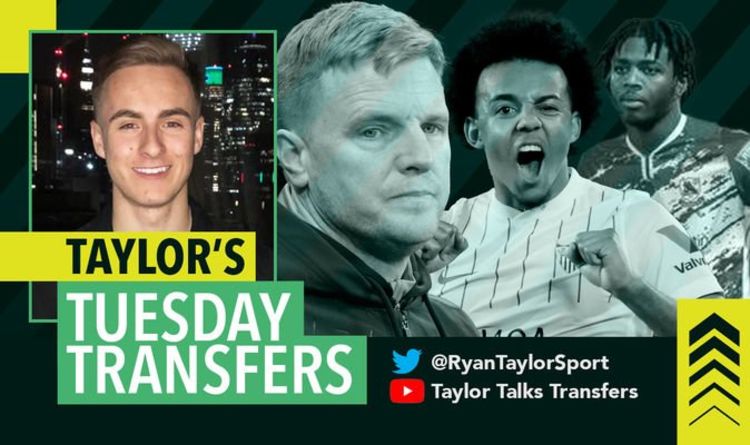 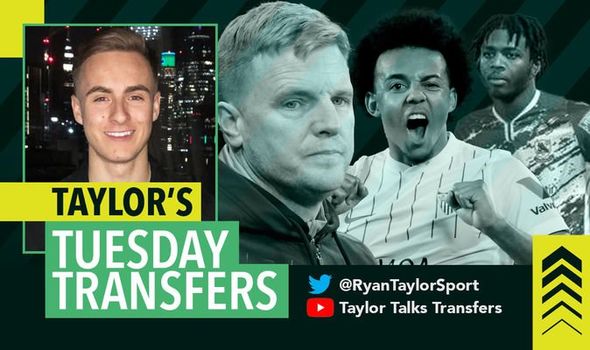 Good morning and welcome to the second instalment of Taylor’s Tuesday Transfers this January following 10 weeks of chaos last summer. The winter window is really starting to kick into gear now as top-flight clubs go in search of new recruits in time for the return of the Premier League, while the majority of managers are also keen to clear the deadwood from their squads. Before we get to some of this week’s stories, I would just like to thank anybody who tuned into my first YouTube video last week, if you are yet to watch, you can do so here. My second video will drop later in the week…

Tottenham have invited 19-year-old Ramsgate forward Joshua Ajayi to train with the club this week at Hotspur Way after he caught the eye of scouts while in action for the Kent seaside club.

The highly-rated teenager, who is the son of professional boxing coach Tunde Ajayi, has hit 17 goals this season in the Isthmian League South East (Step 4) – topping the scoring charts.

Ajayi can play out wide or through the middle and was a product of the Crystal Palace academy before his release in the summer of 2020.

League Two side Stevenage are also keen on the young striker and are understood to be preparing a bid for his services.

Up to 20 clubs have watched Ajayi in action this season for the Rams, who are now prepared to support their player’s dreams of a break in the pro game.

It’s not the first time in recent years that Ramsgate have attracted interest in their young players either.

In 2018, attacker Rory Smith enjoyed a successful trial with Scottish Premiership side Aberdeen before deciding to stay put at Southwood.

A year later, teenage centre-back Jacob Mensah – who now plays for League One side Morecambe – signed for Crystal Palace after the Eagles beat the likes of Wolves and Cardiff to his signature.

On Monday night, Ajayi returned to Ramsgate’s ‘Talent Centre’ to meet some of the club’s stars of the future, offering advice and guidance to the children before his trial with Spurs gets underway.

With the Magpies locked in a dreaded battle against the drop, Eddie Howe is now becoming restless in the club’s search for reinforcements, particularly after the shock 1-0 FA Cup third-round upset against League One outfit Cambridge on Saturday.

Yet doing business with Premier League rivals is now proving difficult given that there appears to be a reluctance to shake hands with Newcastle in the aftermath of the club’s £305million Saudi-backed takeover.

Understandably, Burnley are refusing to engage in conversation with the Magpies over two of their key players: James Tarkowski and Chris Wood.

Not only are the Clarets determined to keep two of their most-prized assets this winter in their quest for survival but the idea of strengthening a relegation rival is also entirely out of the equation.

Newcastle have also shown interest in West Ham’s Issa Diop but the Hammers are not interested in selling the Frenchman this month due to a number of notable injuries in defence.

Furthermore, Liverpool refused to sell Newcastle Divock Origi while Lucas Digne looks to have snubbed the Magpies in favour of a move to Aston Villa.

So far, Newcastle’s experience of the January transfer window to date has now forced them to attack the European market, where there is a feeling negotiations are more viable.

Talks are ongoing with Stade Reims over the signing of 19-year-old forward Hugo Ekitike, who has eight goals in Ligue 1 this season.

Newcastle have also held formal discussions with Monaco over the signing of 20-year-old centre-back Benoît Badiashile but any deal now appears unlikely after the defender picked up a muscle injury against Nantes last weekend, while Sevilla’s Diego Carlos remains of huge interest.

Arsenal want to sign a new central midfielder this week – ideally in time for Sunday’s north London derby with Tottenham.

Mikel Arteta is down to bare bones in the middle of the park, although the club’s lack of bodies in the department is partially his own doing.

While the loss of Thomas Partey and Mohamed Elneny to the Africa Cup of Nations is unfortunate timing, Arteta did recently sanction the loan exit of Ainsley Maitland-Niles, who joined Roma until the end of the season.

Granit Xhaka has since been struck down with a positive COVID-19 test, meaning Albert Sambi Lokonga is the Gunners’ only available, senior central midfielder.

Teenage academy prospect Charlie Patino was handed a starting berth in the FA Cup defeat at Nottingham Forest on Sunday but his performance would suggest he is not yet ready to feature regularly.

Arsenal do have a few plates spinning behind the scenes with technical director Edu particularly keen on a loan deal for his compatriot Arthur Melo.

However, while there has been no club-to-club contact, Juventus are now keen to keep the Brazilian international after his impressive cameo off the bench in Sunday’s 4-3 win at Roma.

The introduction of Arthur and Alvaro Morata completely changed the game for the Bianconeri, who came from 3-1 down in the second half to flip the game on its head.

Elsewhere, Lyon’s Bruno Guimaraes remains of huge interest but given his price-tag (valued at around £40m), any deal may have to wait until the summer.

One name that presents a window of opportunity is Borussia Monchengladbach’s Denis Zakaria, whose contract is due to expire in June.

Gladbach are willing to accept offers in the region of £6m this month in order to prevent losing the Swiss international on a free transfer at the end of the season.

As exclusive broke by Express Sport last week – pending a negative COVID-19 test – Arsenal’s Folarin Balogun will travel to Teeside on Tuesday to undergo a medical with Middlesbrough ahead of his season-long loan switch.

Newcastle could hamper Chelsea’s chances of reigniting a deal to sign Jules Kounde this summer if they are able to strike a January deal for Diego Carlos.

The Magpies saw an opening offer in the region of £25m rejected for the Brazilian earlier last week but could yet return with an improved offer.

However, Sevilla are keen to keep onto Carlos this month with the club currently second in La Liga as they chase down leaders Real Madrid.

But, the Andalusians are no strangers to a player sale with sporting director Monchi one of the best wheeler-dealers in the business.

Yet should Carlos depart the Roman Sanchez Pizjuan, Chelsea are likely to encounter problems should they wish to reignite their interest in Kounde.

Selling both of the club’s first-choice centre-backs in close proximity does not appeal to Sevilla in the slightest.

Chelsea are expected to return for the 23-year-old Frenchman at the end of the season – after seeing a £42.5m bid rejected last summer – with Antonio Rudiger, Andreas Christensen and Cesar Azpilicueta all currently out of contract.

Interestingly, Kounde also has a part to play in Newcastle’s pursuit of Carlos.

The defender was forced off at half-time with a back injury on Sunday against Getafe and should the problem summon Kounde to a spell on the sidelines, Sevilla are expected to reject any move Newcastle make for Carlos this month.

Brighton close in on ‘diamond of Paraguayan football’

Brighton are closing in on the signing of 17-year-old Club Libertad forward Julio Enciso.

The teenage winger, who has already been capped twice by Paraguay at international level, has been identified by the Seagulls’ South American scouting network, who have previously advocated the signings of Moises Caicedo and Alexis Mac Allister in recent years.

Graham Potter’s side have shown a willingness to invest in young prospects across the globe since his appointment and have already shelled out £8m to land 18-year-old Poland international Kacper Kozlowski this month.

Club Libertad chiefs are set to hold a meeting this Wednesday to determine the future of Enciso with Brighton in pole position to sign the ‘diamond of Paraguayan football.’

The teenage winger, who has already been capped twice by Paraguay at international level, has been identified by the Seagulls’ South American scouting network, who have previously advocated the signings of Moises Caicedo and Alexis Mac Allister in recent years.

Graham Potter’s side have shown a willingness to invest in young prospects across the globe since his appointment and have already shelled out £8m to land 18-year-old Poland international Kacper Kozlowski this month.

Club Libertad chiefs are set to hold a meeting this Wednesday to determine the future of Enciso with Brighton in pole position to sign the ‘diamond of Paraguayan football.’

Josh Maja could return to England

Former Sunderland Netflix star Josh Maja could return to England this January with Bordeaux desperate to offload the Nigerian international.

Maja spent the second half of last season on loan at Fulham, where he netted three times in 15 Premier League outings under Scott Parker.

It’s understood the French club would be willing to accept offers in the region of £3m-£4m for the forward.

Bordeaux are under pressure to free up funds due to financial struggles off the field and Maja is one of several players that has been identified as transferable this month.