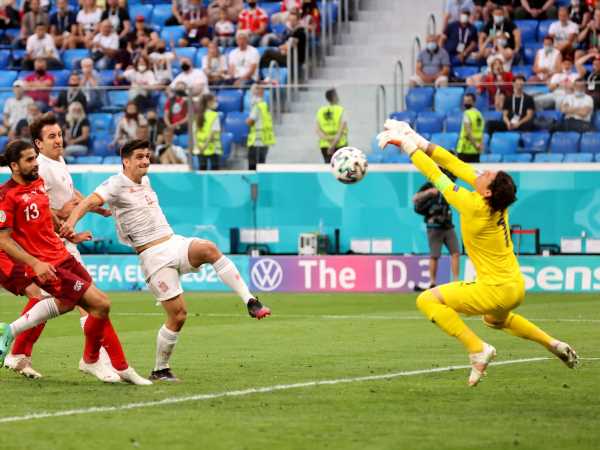 Yann Sommer – 9: Could do nothing about Alba’s deflected goal; did everything right elsewhere. Produced a fine save to deny Moreno in extra time, moments before keeping out a threatening long-range effort. Held everything that came his way after that.

Silvan Widmer – 7: Booked in the second half for a sloppy challenge on Busquets, but began to make some key interceptions late on.

Manuel Akanji – 7: Showed good strength when carrying the ball, and played the occasional tidy pass out from the back to set Switzerland off. Missed his penalty. 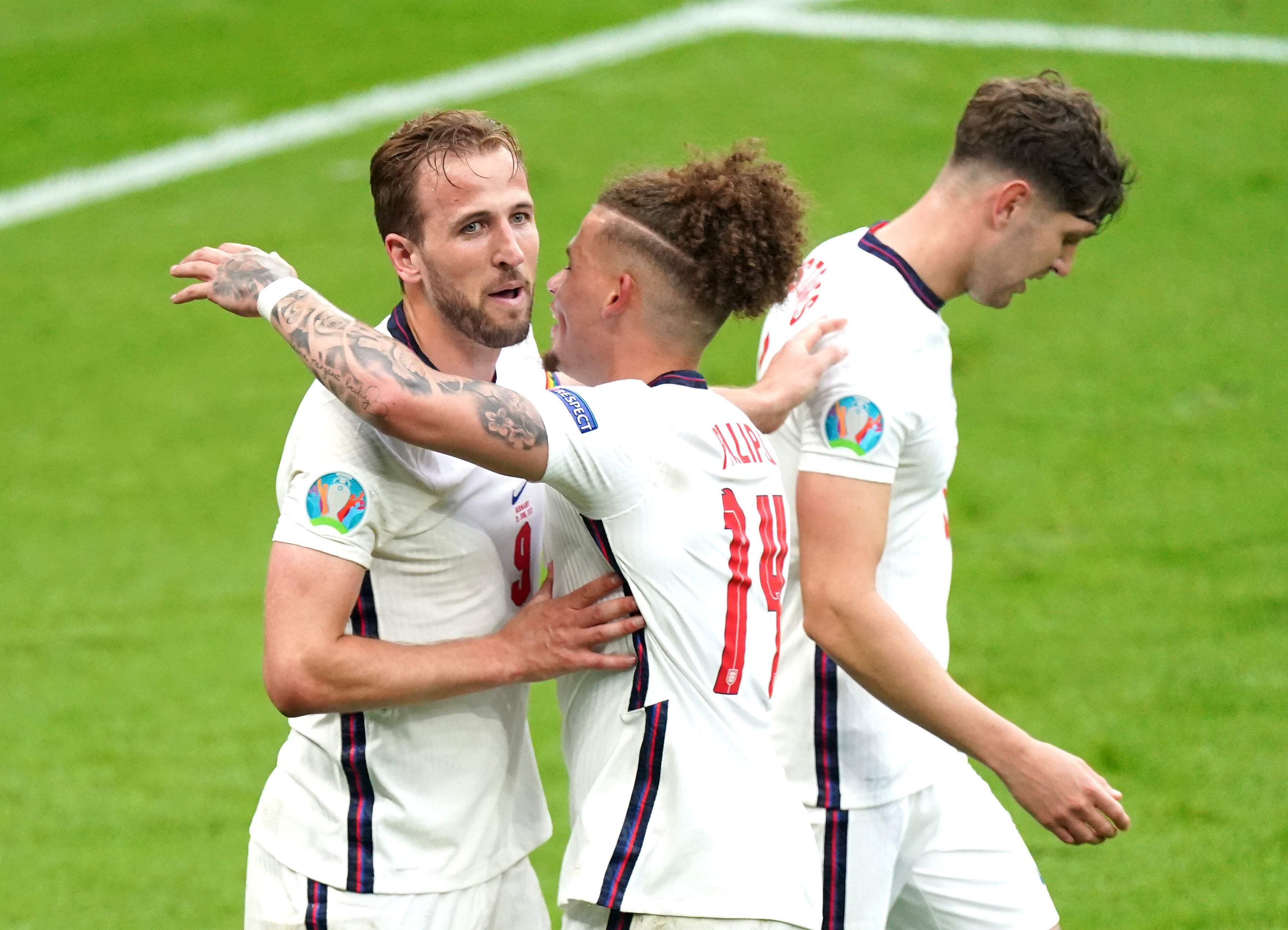 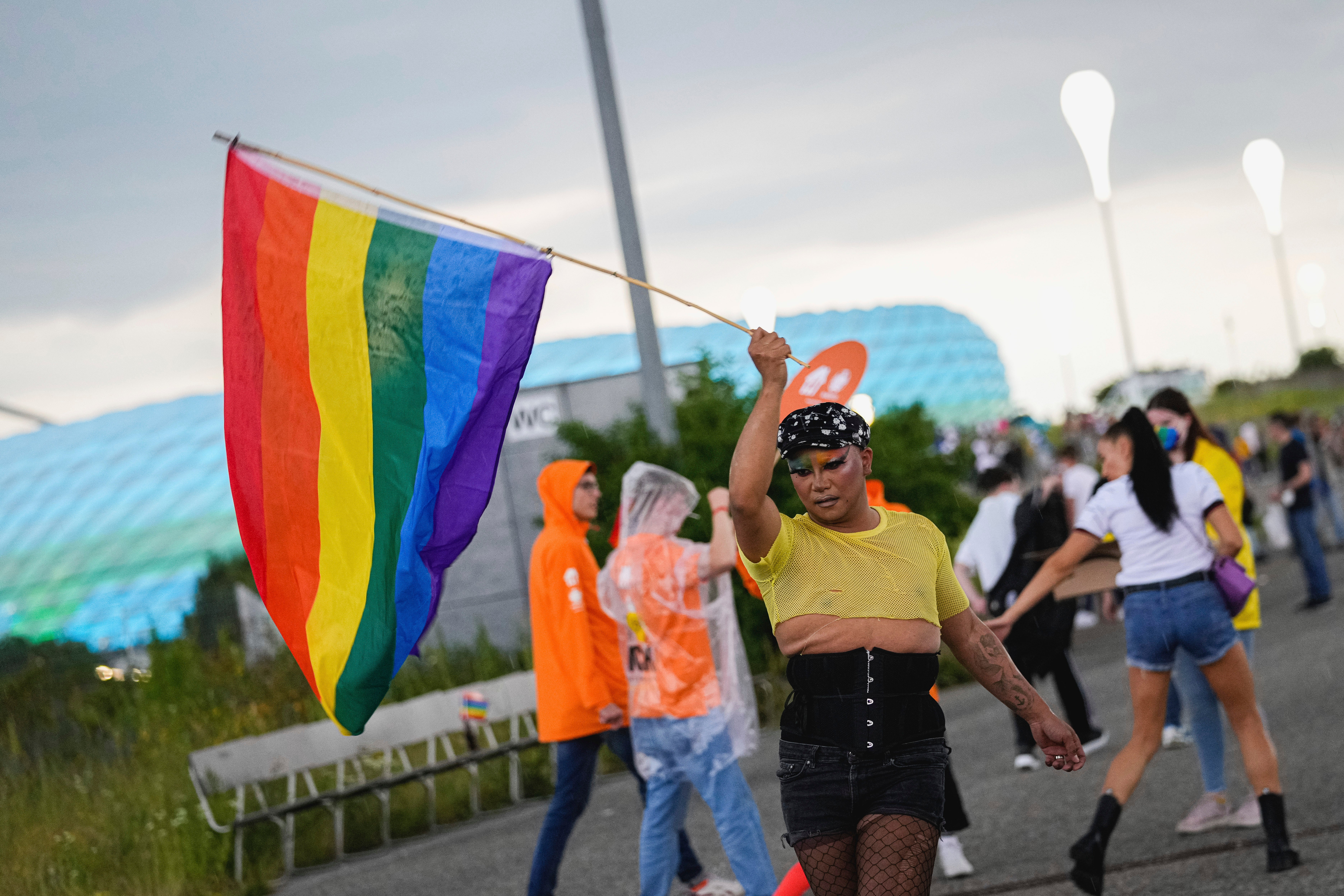 Ricardo Rodriguez – 8: Focused and diligent on the left of Switzerland’s defence. Made a crucial block in the second half of extra time.

Denis Zakaria – 5: Deflected Alba’s shot past Sommer with a somewhat lazy attempt at a block. Should have been more alert. Almost scored with a second-half header, though.

Remo Freuler – 6: Well-measured pass to Shaqiri set up the equaliser. Unlucky to be shown a red card on 76 minutes. 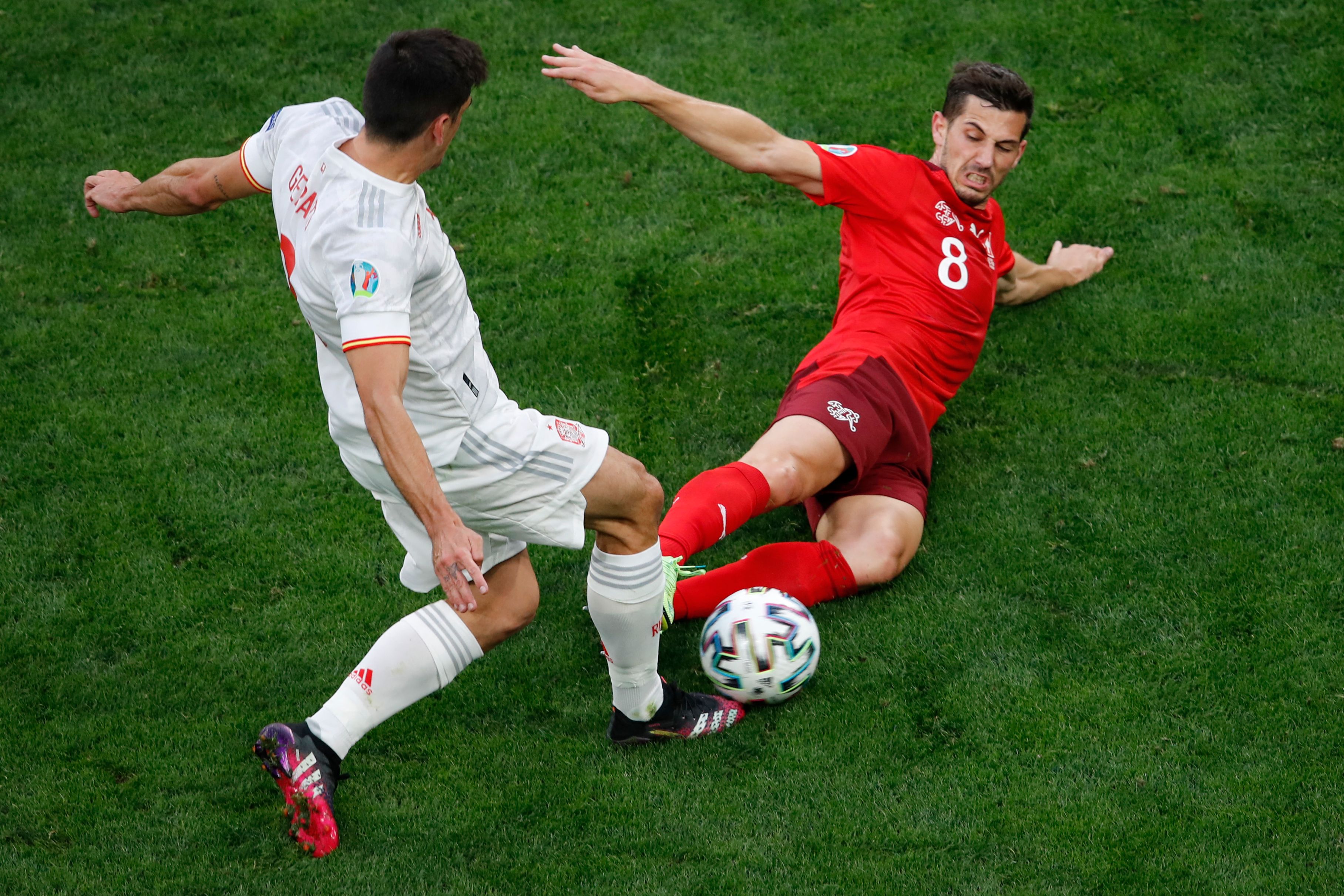 Remo Freuler received a red card for a second-half tackle

Breel Embolo – 5: Had just begun to show glimpses of his threat when he sustained an injury. Replaced by Vargas just after the 20-minute mark.

Xherdan Shaqiri – 7: Captain in Granit Xhaka’s absence, the midfielder served as an anchor, holding up the ball and bringing his team-mates into play as best he could. Also provided some dangerous deliveries, and equalised with a tidy finish.

Steven Zuber – 6: Touch was off at first, which didn’t help Switzerland hold onto the ball on the rather rare occasions when they had it, but the forward did grow into the game.

Haris Seferovic – 5: Failed to get into the game, for which he and his team-mates share equal responsibility. Did make a vital defensive block in the second half, however. Substituted around 80 minutes. 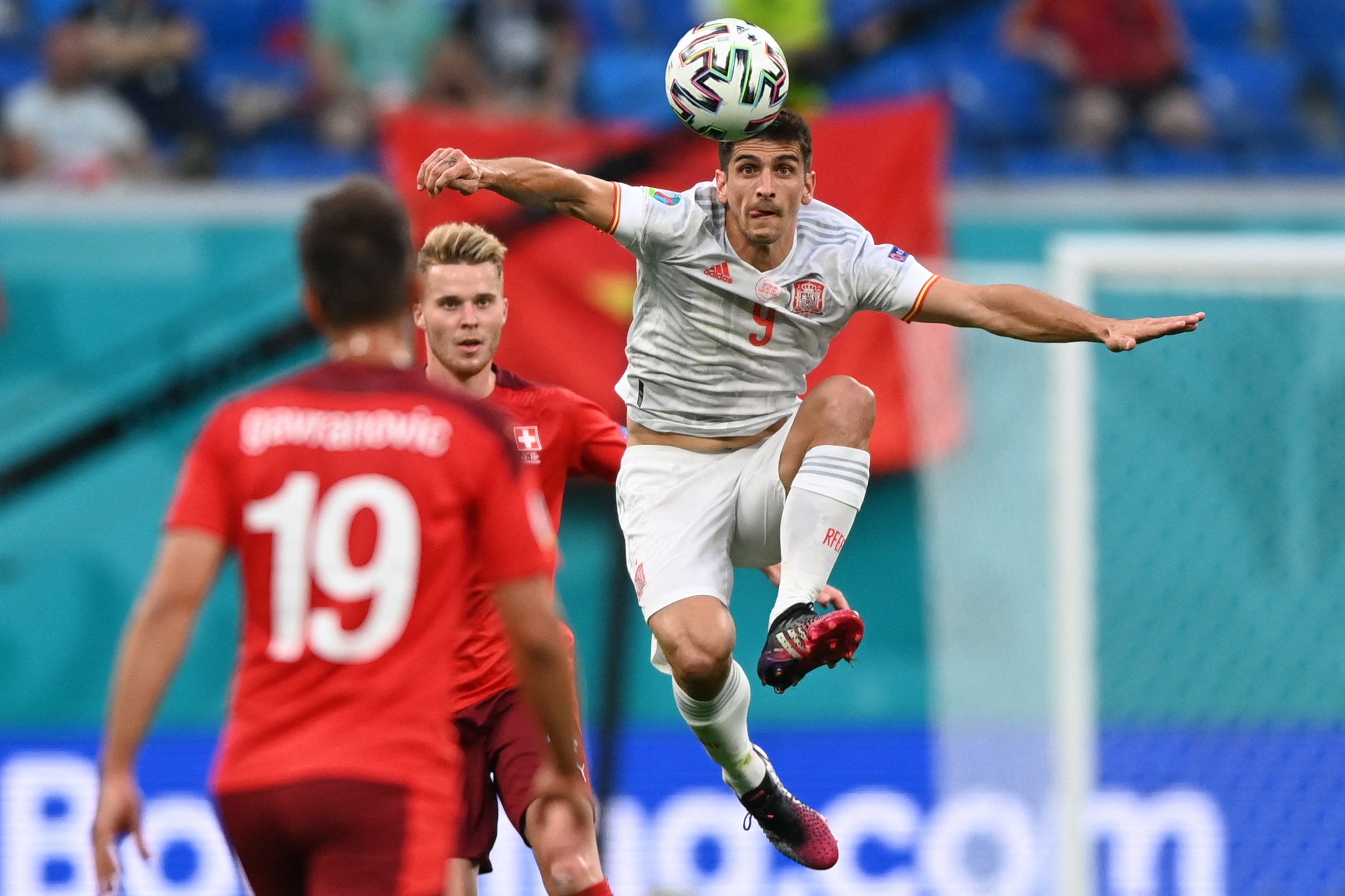 Unai Simon – 8: Had little to do in the first half beyond clearing a dangerous Koke back pass. Saved well at the near post in the second half. Saved two penalties in the shootout.

Cesar Azpilicueta – 6: Could have done better with a headed effort on goal in the first half. Calm and composed defensively, though.

Aymeric Laporte – 6: Largely untested in the centre of Spain’s defence. Got forward every now and then.

Pau Torres – 6: Like Laporte, his central defensive partner, he ventured up the pitch here and there.

Jordi Alba – 7: Forced Zakaria’s own goal with a deflected shot from the edge of the box. Made his own luck with that strike.

Koke – 6: Put his goalkeeper under pressure with a bobbled back pass in the first half. Little to criticise elsewhere.

Pedri – 6: Failed to fully show his considerable talents, without doing much wrong.

Ferran Torres – 7: Demonstrated his talent with some fine dribbles and decent deliveries, but couldn’t quite find the ideal end product. Replaced at the end of normal time.

Alvaro Morata – 6: Was prevented from having any real goalscoring opportunities, but did his best to contribute in other ways. Replaced by Moreno early in the second half.

Pablo Sarabia – 6: Didn’t make much of an impact in the first half, compared to his recent performances, and was substituted at the break.