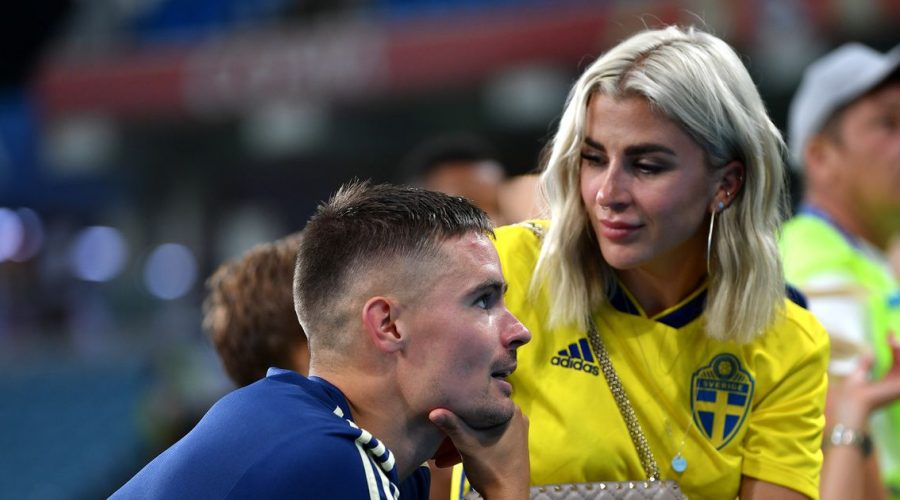 The partner of Sweden international Mikael Lustig cried for a week after discovering he was leaving Celtic after seven-and-a-half years at the club.

Lustig, now playing for Swedish side AIK, became a fan-favourite during his lengthy spell in Scotland.

He won the Scottish Premiership in each of the eight seasons he spent with the Hoops, as well as claiming four Scottish Cups and four League Cups.

The right-back joined the club in January 2012 from Norwegian side Rosenborg and made over 250 appearances in all competitions for Celtic, resulting in an emotional farewell.

Lustig's wife, Josefin, was certainly sad to see his Celtic career come to an end and described the effect it had on her at the time.

“Its been a lot harder than I thought it would be. Things can move quickly in this life.

“But we have been in Glasgow for seven-and-a-half years so its been tough to get used to the thought of us leaving.

“[I] didn’t get that much time to get used to it and prepare either. I cried every day for a week after Mikael told me.

“I’m exhausted. It has really taken a lot of energy.”

Lustig himself was also emotional after his exit and said: " I had no idea how much this club and everything that comes with it would mean to me when I signed 7.5 years ago.

"To make a post on Instagram isn't enough to express my feelings and thoughts about the situation."

After leaving the Scottish giants, the 34-year-old signed a three-year contract at Belgian side Gent.

But he remained at the club for only one season before returning to his home country to join AIK.

Lustig is currently part of the Sweden side competing at Euro 2020 and has been a regular at international level for some time.

He was part of the Sweden side that lost to England at the quarter-final stage of the 2018 World Cup and made his full debut for his country in January 2008 against USA.

July 2, 2021 Soccer Comments Off on Sweden’s Mikael Lustig’s wife ‘cried for a week’ over his football career
NFL News