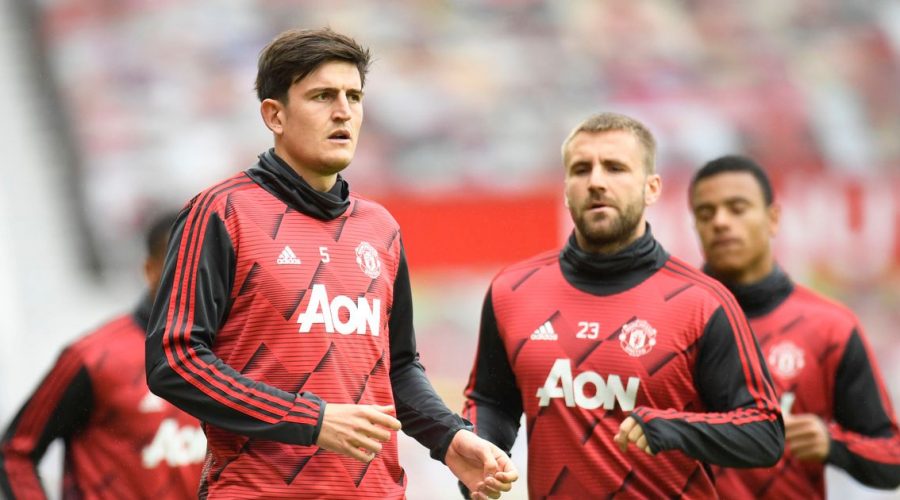 Sven-Goran Eriksson has admitted that it would be difficult to pick Harry Maguire and Luke Shaw for England when they are not playing for Manchester United.

The defensive duo were both named in Gareth Southgate's latest England squad last week ahead of the Nations League matches against Italy and Germany. However, neither player has started a league match for the Red Devils since their 4-0 away defeat Brentford last month, leaving some fans confused by their inclusion.

Former England boss Eriksson also believes it is hard to see how they can play for the national team when they are unable to get in the United starting line-up.

READ MORE: Manuel Neuer and others out of Germany squad with Covid ahead of England clash

Speaking to BoyleSports, he explained: "I think it’s difficult for Southgate to pick Maguire and Shaw because if they don't play regularly, it's very difficult to let them play in the national team because it's one thing to train, but it's another to have a regular routine of games. So that's a difficult one.”

Maguire has only played 10 minutes of United's last four league matches after being dropped following the loss to Brentford.

He returned to the starting line-up earlier this month for the Europa League opener against Real Sociedad but only played one minute in their second match against FC Sheriff last week.

Should Harry Maguire and Luke Shaw go to the World Cup? Let us know in the comments section below. England fans took to social media last week to criticise Southgate's decision to include Maguire in the squad, with one telling him to "grow up" after choosing him despite his poor form and lack of regular game-time.

As for Shaw, he started both United's first two Premier League matches of the season, which both ended in defeat. However, he has not played in the league since being dragged off at half-time against the Bees in August.

Both Shaw and Maguire starred for the Three Lions in last summer's run to the final of the Euros, with Shaw scoring in the final loss to Italy.

Meanwhile, Maguire was also a key part of England's run to the last four of the 2018 World Cup in Russia, their best performance at the tournament since 1990.