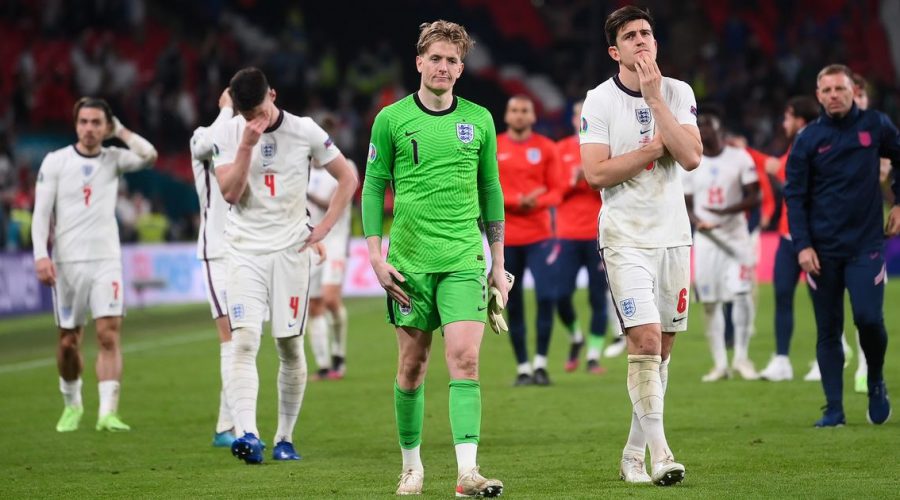 A supercomputer has predicted the outcome of the 2022 World Cup in Qatar – and there looks set to be more heartbreak for England under the winter's sun.

Harry Kane and Co will be looking to end the many years of hurt for the Three Lions as they gun for a first World Cup triumph since 1966. And after reaching the final of Euro 2020 last summer, England have every reason to be confident.

However, a supercomputer from betting app SBK has predicted England to fall on their sword in the quarter-finals against France. But even the French will come unstuck in the final to a rampant Brazilian side, according to the supercomputer.

READ MORE: England face Italy ace who was pushed over hoardings back when he was a ballboy

The supercomputer prediction has been forecast using a range of informative outright odds markets to formulate what the outcome of the 2022 World Cup will look like.

England are predicted to win their group, finishing above USA, Wales and Iran. And after breezing through the round of 16 against Senegal, Gareth Southgate's men, according to the supercomputer, will face reigning World Champions France. Compared to England's last few World Cup runs, it would be a decent outing.

However, after a Euros final in the summer of 2021 and a World Cup semi-final in 2018 – Southgate's days could be numbered.

Do you think England can win the World Cup this winter? Let us know in the comments section

The supercomputer also predicts the only other home nation, Wales, to make it out of the group stage.

However, it then has Wales being dumped out in Qatar by the Netherlands in the round of 16. Nations such as Poland, USA, Japan, Canada, Serbia, Cameroon and Ghana are tipped to not even make it out of the group stage.

By the time the tournament rumbles on into the quarter-finals, the supercomputer predicts six European sides with just Argentina and Brazil left from the rest of the world.

Brazil are expected to beat France in the final to win their sixth World Cup – and their first in 20 years.

While Argentina are favourites for the third spot, where they are predicted to knock the gloss off of Belgium's golden generation in the third-place play-off.