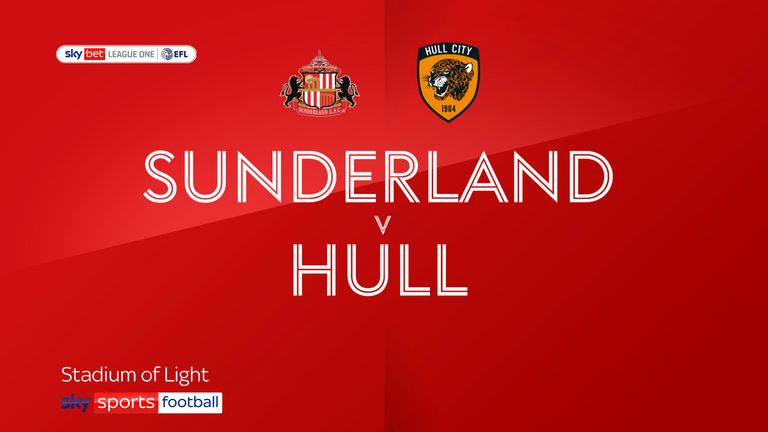 Sunderland and Hull had to settle for a 1-1 draw at the Stadium of Light in a game that did little to seriously boost either side’s promotion chances.

McGeady was in the right place to nod in Jack Diamond’s cross in the 21st minute and cancel out Reece Burke’s opener eight minutes earlier.

That was how it stayed despite chances at both ends of this Sky Bet League One encounter that was hastily rearranged in midweek to fill up a free weekend for both.

Hull, who are four points behind leaders Lincoln, created the better chances and made the most of an error from Sunderland goalkeeper Lee Burge early on.

Burge, who had just received lengthy treatment for a head injury and would be substituted at half-time, dropped a George Honeyman cross and Burke was on hand to tap in.

Sunderland responded well and levelled when Diamond sent in the cross for McGeady’s header after some quick thinking from Grant Leadbitter’s free-kick.

Tom Eaves went close with a couple of headers for Hull, while after the restart Charlie Wyke clipped wide a Max Power cross from inside six yards.

Hull went close to winning it late on when Mallik Wilks was denied by defender Callum McFadzean, but the draw was probably the fair result.