Luis Suarez was full of smiles as he posed with his newborn son Lauti shortly after Barcelona’s 2-0 Champions League win over Inter Milan on Wednesday evening.

In an image posted on Instagram, a beaming Suarez showed off his newborn baby son and was also pictured with his wife Sofi and children Delfina and Benjamin.

Earlier on Wednesday, the Barcelona forward had welcomed his third child into the world with another Instagram post and the caption: ‘Welcome ❤LAUTI ❤ very happy to have you among us. His mother is doing well and is happy like his siblings. Thank you all for your messages.’ 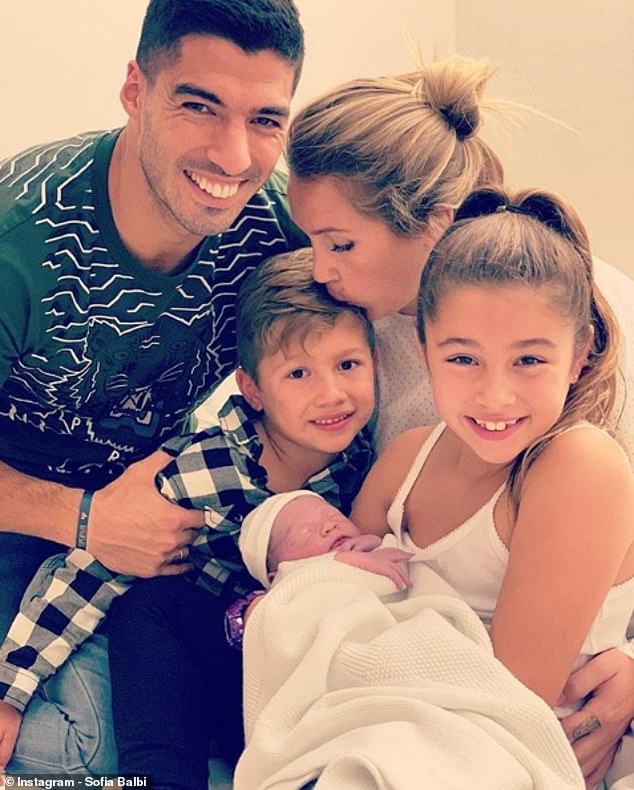 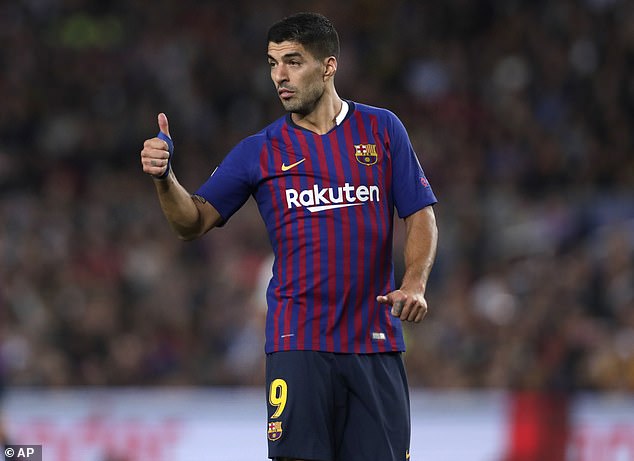 Born on Tuesday, Lauti’s arrival meant father Luis was afforded time off ahead of the Champions League clash with Inter at the Nou Camp.

That period of absence, however, had no impact on his performance on the pitch as he played a pivotal role in leading Ernesto Valverde’s side past their Italian opponents.

Despite being denied by a wonderful early save from Samir Handanovic, the Uruguayan continued to influence the game and supplied the perfect cross for midfielder Rafinha to open the scoring on 32 minutes.

Barcelona then confirmed the win late in the second period thanks to full-back Jordi Alba’s firmly struck effort.

The victory maintained the La Liga champions’ 100 per cent record in Group B and kept them on course for qualification for the knockout stages.

Suarez is expected to next be in action on Sunday when Barca face fierce rivals Real Madrid in El Clasico.