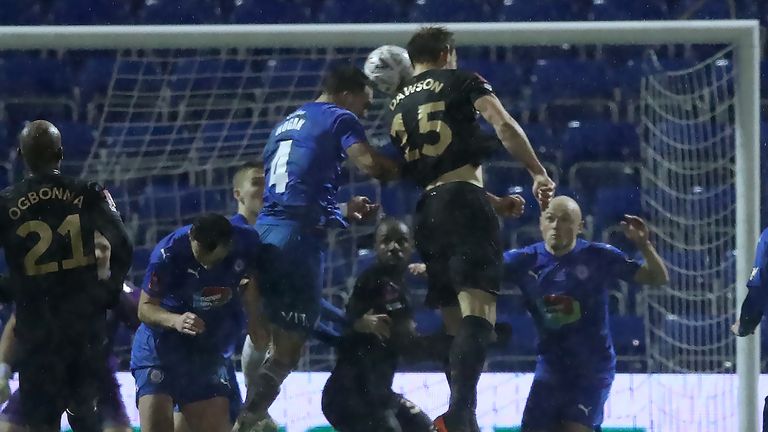 Report as Craig Dawson’s late winner sees off spirited Stockport of the National League; Hammers set up FA fourth-round tie with League One Doncaster with winners facing either Man Utd or Liverpool in fifth round 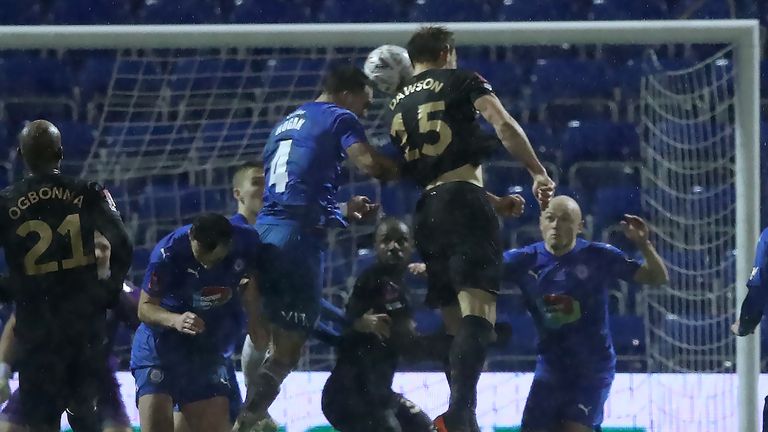 West Ham will face Doncaster in the FA Cup fourth round after Craig Dawson spared their blushes to secure a 1-0 victory over non-League Stockport in adverse conditions at Edgeley Park.

Dawson broke 83 minutes of brave Stockport resistance, forcefully heading in Jarrod Bowen’s cross, as the Hammers overcame sodden pitch to avoid being taken to extra time by the National League side, who sit 86 places below the them in the English football pyramid.

Stockport, aided by the conditions which stymied West Ham’s superiority on the ball, gave a good fist of things in their bid to reach the fourth round for the first time since 2001, but there was to be no repeat of their last meeting with the Hammers when they dumped them out of the League Cup in 1996.

West Ham’s reward for the victory is a fourth-round tie at home to League One Doncaster Rovers, with the winner of that piece travelling to either Manchester United or Liverpool in the fifth round.

Man of the Match: Craig Dawson 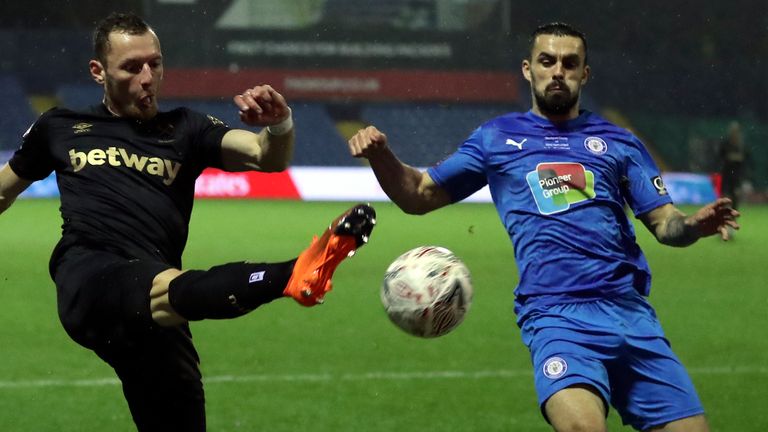 Stockport were largely camped in their own half early on and almost fell behind when Said Benrahma clipped the outside of the post, as his wait for his first Hammers goal continued.

A fireworks display at one end of the stadium brightened up a gloomy night but the deafening noise brought the game to a brief halt, and thereafter the visitors lacked a spark despite creating several opportunities.

Andriy Yarmolenko let fly from distance but missed the target, while West Ham were given a scare when goalkeeper Darren Randolph’s punch from a corner flew behind him, only for one of his own defenders to bail him out.

The tricky conditions were encapsulated when Ben Hinchliffe spilled a routine shot from Lanzini, although the Stockport goalkeeper gratefully gathered at the second attempt with no West Ham player able to follow up.

Lanzini’s effort from the edge of the box was the only one of West Ham’s seven attempts that were on target in the opening 45 minutes, although Antonio twice failed to make the most of being put through.

On the first occasion, Antonio was unable to cleanly collect Yarmolenko’s precision ball down the middle and was then denied by Mark Kitching’s superb last-gasp challenge as he shaped to shoot following Lanzini’s pinpoint pass. 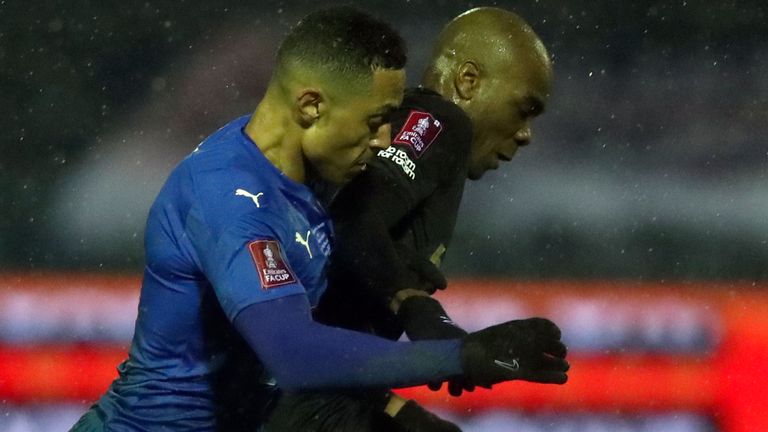 The pitch was becoming increasingly unpredictable, with the ball routinely stopping in surface water, which was proving something of a leveller for Stockport, who were more of an attacking force after the interval.

After Connor Jennings saw his shot hacked clear, Richie Bennett was introduced in place of the subdued Alex Reid and nearly made an impact, dispossessing last-man Dawson, only for a wayward pass to end the opportunity.

At the other end, Benrahma fluffed an attempt from a narrow angle after Hinchliffe slipped while attempting to clear, while the Stockport custodian missed an attempted punch before using his feet to clear.

By this stage, West Ham were on the front foot, and a short corner was worked to Bowen, whose cross from the right was glanced into the net by Dawson as the deadlock was finally broken in the 83rd minute.

Stockport offered little to suggest extra-time might be on the cards as West Ham comfortably held on to set up a fourth-round tie against Doncaster.

What the manager said…

Stockport boss Jim Gannon told BT Sport: “The players are disappointed, but that’s testimony to how they played to come off disappointed, to lose the game.

“They had lots of possession, lots of penetration, but the lads did really well. We gave ourselves a chance of getting a goal and possibly winning the game with the opportunities we had.

“But it was always a stretch for us. I think the performance showed my players are a cut above this level, so hopefully we can continue to show that through the league season.

“We tried to play, tried to play in the right areas and the right type of game. We showed what we are about and that’s all I wanted from tonight’s game.”

Stockport host Notts County in the FA Trophy and West Ham host Burnley in the Premier League on Saturday at 3pm.