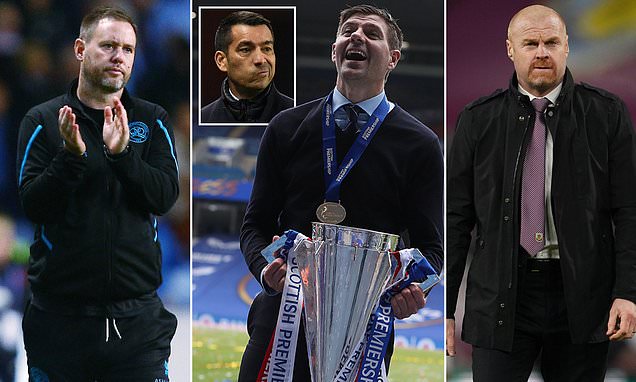 Steven Gerrard has been backed to make a stunning return to Ibrox after being installed as the favourite to replace Giovanni van Bronckhorst.

Van Bronckhorst was sacked by Rangers after 12 months in charge on Monday, just three days after he celebrated his one-year anniversary at the club.

The Dutchman lifted the Scottish Cup just days after being appointed and led Rangers to their first European final in 14 years, as they lost the Europa League final on penalties to Eintracht Frankfurt on penalties in Seville. 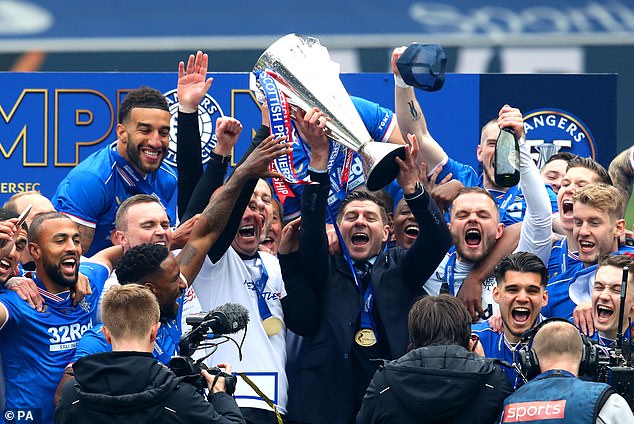 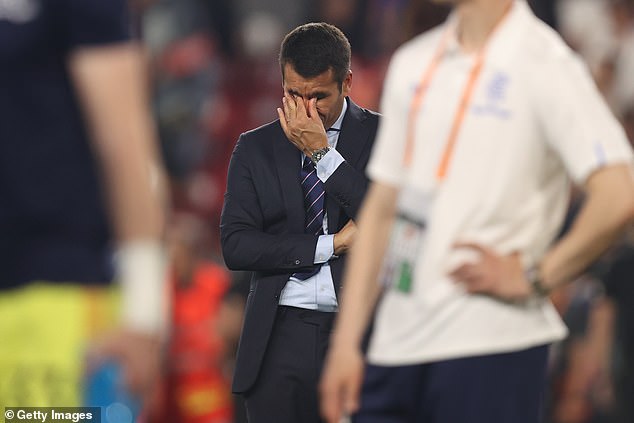 Gerrard’s reign at Villa Park came to an end last month, following a run of one win in nine Premier League games, which left the club languishing one point above the relegation zone.

According to Betfair, Gerrard could make a swift return to the dugout, with the 42-year-old priced as a 2/1 favourite to return to Rangers.

Gerrard won the Scottish Premiership title in 2021, breaking Celtic’s sequence of nine in a row and going the entire league season unbeaten. 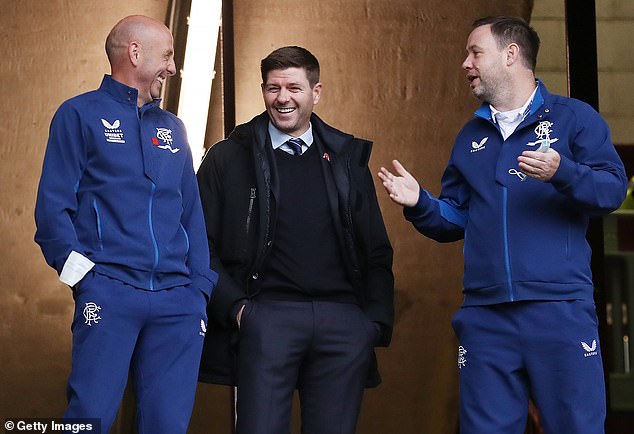 His departure disappointed Rangers fans, with Gerrard taking to Instagram to explain the decision.

‘I want to say a heartfelt thank you to everyone associated with Glasgow Rangers, especially the fans, for the love and support you’ve all shown me during my time in Scotland,’ he posted.

‘Winning “55” will always hold a special place in my heart – each and every one of you played a part in that and, believe me, there will be many more to come.

‘I hope in time you can understand and accept my decision to move on but I honestly fell in love with the club and will always follow the team. Once a Ranger, always a Ranger #55’.

Beale worked as No 2 at Rangers, before following the former England midfielder to Villa Park.

The 42-year-old left for Championship side Queens Park Rangers in June.

Beale turned down an approach from Wolves last month following interest from the Premier League outfit. 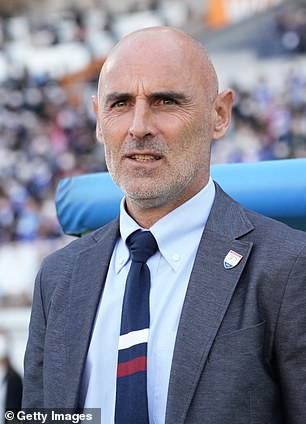 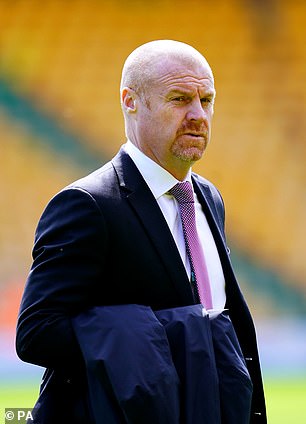 Ex-Rangers defender Kevin Muscat and former Burnley boss Sean Dyche feature highly in the list of contenders at 6/1 and 8/1 respectively.

Muscat, who was part of a Rangers side that completed a domestic treble in 2003, currently coaches Japanese side Yokohama F. Marinos.

Muscat took the reigns at Yokohama following the departure of compatriot Ange Postecoglou, who left for Celtic in 2021.

He had previously served as an assistant to Postecoglou, but the pair would become rivals should Muscat move to Glasgow.

Dyche has been without a job since he was sacked by the Clarets in April.

Former Rangers midfielder and youth coach Kevin Thomson is 11/1 to take the role.

Ex-Liverpool and Everton boss Rafa Benitez and Chris Wilder, who left Middlesbrough in October are both listed at 16/1.

The next Rangers boss will take over with the Glasgow giants nine points adrift of league leaders Celtic after 15 league games.