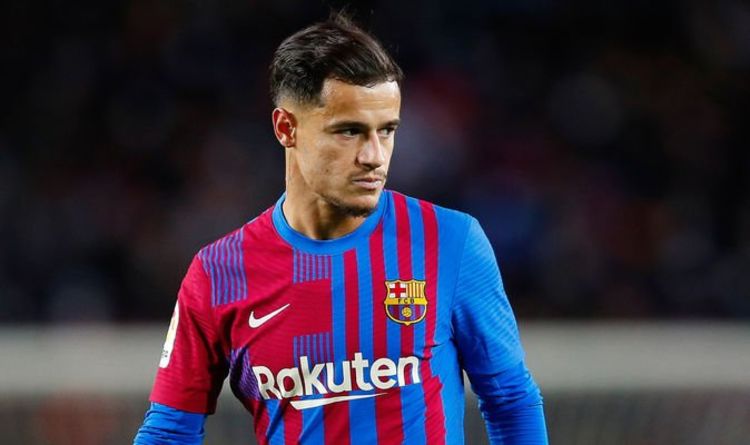 Liverpool hero Steven Gerrard faces a fight with his former employers if he is to lure Philippe Coutinho to Aston Villa this month. Coutinho has been tipped to return to the Premier League after falling out of favour at Barcelona.

Gerrard has won four of his games as Villa boss but has lost the other four since taking the helm in the west Midlands in November.

Three of those defeats came against Manchester City, Liverpool and Chelsea, while the former England midfielder has been able to steer his side to victories against fellow mid-table outfits Brighton, Crystal Palace and Leicester as well as basement boys Norwich.

And Gerrard will be confident of leading Villa to a successful season.

But the 41-year-old will be keen to boost his squad during the January transfer window. And he is thought to be keen on his former Liverpool team-mate Coutinho.

According to Goal, the Brazil international would prefer a return to England over a move to his homeland, with Everton joining their Merseyside rivals Liverpool and Villa in the quest for his signature.

Coutinho has flattered to deceive since moving to Spain four years ago.

The playmaker was regarded as one of the best players in the world at the time, with the Catalans forking out a staggering £142million to sign him.

And he initially impressed for Barca as he racked-up seven goals and seven assists during 18 La Liga games during the second half of the 2017/18 campaign.

His first full season at the Nou Camp was far less productive, however, and he was shipped out on loan to Bayern Munich just 18 months after arriving in Spain.

He returned to Barca at the start of last season but missed the second half of the campaign due to a serious knee injury.

And this season he has been a bit-part player, failing to start any of his side’s Champions League games as they went crashing out in the group stages.

If Gerrard can persuade the 29-year-old to move to Villa Park, it would be a major coup for the Villans.

Coutinho has 63 caps for his country and, if Villa can sign him, it would be a signal of their intentions to compete with the Premier League big-boys.

Coutinho was a team-mate of Gerrard for five years at Anfield, where he scored 54 goals and provided 45 assists in 201 appearances.

He was part of the Liverpool team which came within touching distance of winning the Premier League title in 2014 before ultimately missing out to Manchester City.

But he departed the Reds after failing to win a single trophy.