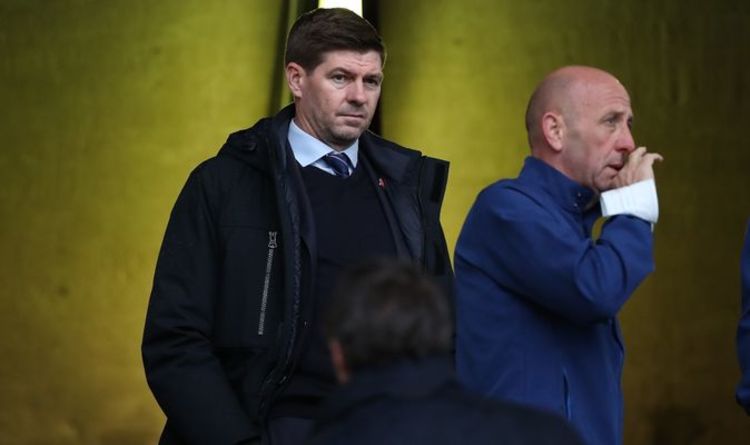 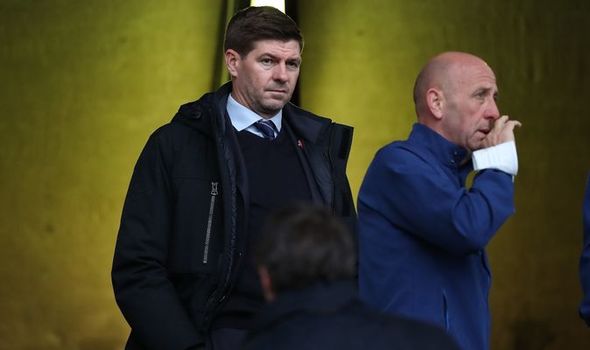 Steven Gerrard was inevitably asked about Liverpool in his first press conference as Aston Villa manager – but quickly shut down any further queries on his links to the Anfield outfit. Gerrard left his post at Rangers after being approaching by Villa, with the lure of managing in the Premier League proving too good of an opportunity to turn down.

There had been plenty of rumours during Gerrard’s time in charge at Rangers that his next job in management would be as Jurgen Klopp’s successor at Liverpool.

The Anfield icon had made a name for himself north of the English border by taking Rangers back to the top of Scottish football.

And he was on course to record back-to-back titles with Rangers after they’re strong start to the campaign once again.

It was only two years ago when Gerrard signed a contract extension with Rangers until 2024 – the same year Klopp’s contract expires at Liverpool.

His new deal at Villa remains aligned with Klopp, raising further questions on his future ambitions.

Gerrard was asked in his first interview as Villa boss about managing Liverpool in the future and quickly shot down any notion that it is currently on his mind.

Speaking in his first press conference, Gerrard was asked again and gave a similar response.

“In terms of Liverpool, again, I don’t think this press conference should be about any other club but Aston Villa. I think we have to show respect to our supporters,” he said.

“I think everyone around the world knows what Liverpool means to me, but the focus and my commitmment is very much at Aston Villa.

“I said last week in a one-to-one [interview] that I’m all in and I can promise our supporters, that’s the case.”

Gerrard was then asked about his feelings on some regarding Villa as a “stepping stone” to Liverpool, to which he replied: “Very unfair.

“You’ll never hear me say it’s a stepping stone. I’m honoured and proud to be in this position. I will be 100 per cent committed and more.

“There is nothing wrong with dreams and aspirations, but they [Liverpool] have a world class coach right now and if he signed a deal for life right now I’d be very happy.”

Gerrard has already had a close look at his new team ahead of their match against Brighton on Saturday.

Dean Smith was sacked by Villa after five consecutive defeats, which has seen them drop to 16th.

But Gerrard faces a tough run of fixtures of the festive schedule, including his first match as manager facing up against Liverpool on December 11th.