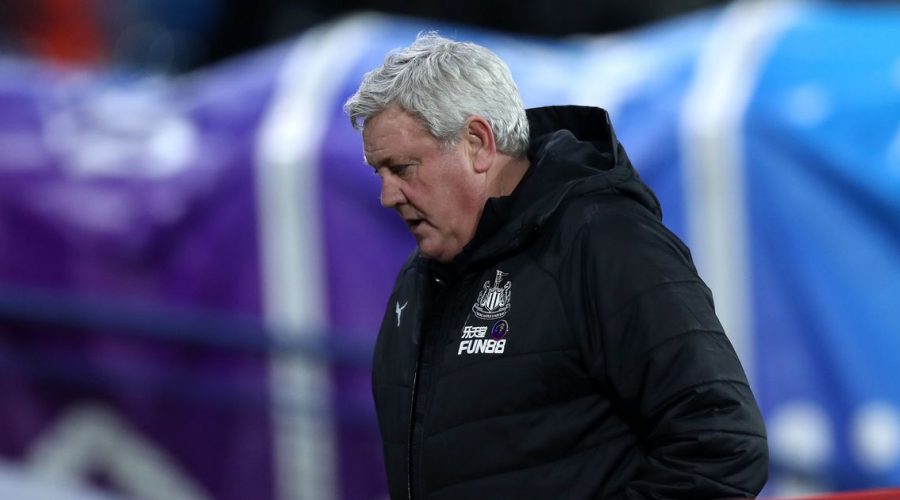 How many more times must Newcastle fans hear the same old excuses from their manager after a poor performance?

Tuesday night's abject defeat against rock-bottom Sheffield United stretches the Magpies' run of winless games to eight in all competitions.

Steve Bruce is facing pressure, albeit from social media and WhatsApp group chats, rather than from supporters inside St. James' Park or the Newcastle board.

But it's fair to say the Toon boss certainly knows his side have 'not been good enough' and 'need to improve'.

Just take Bruce's words for it, given the fact he has been forced to admit it time and time again in recent weeks.

"I understand that, especially watching the first half, we weren’t good enough, and at the end of the day, I take responsibility for that, because I pick the team," Bruce admitted last night at Bramall Lane, as the Blades won their first Premier League game of the season.

Against Leicester on January 3rd? Bruce said: "There’s something we have to improve on. We have to be better in the final third, but that is always the hard part."

"It was painful, I’m afraid, especially after where we have been, but I think the whole thing has obviously caught up with us and we haven’t done enough,” said the Magpies boss after losing to Manchester City last month.

A 1-1 draw against Fulham three days earlier brought this: "We have to look at our performance and we haven't done enough. We have to be better and certainly in the first half."

Three days before that was the late collapse at Elland Road, as Leeds won 5-2 – "We didn't show enough resilience, we didn't defend well enough and we got punished for it in the last ten minutes."

And how about the 2-0 loss to Southampton in November?

"We didn't look after the ball well enough and we gifted them two goals. We didn't do enough to win the game," said Bruce.

Bruce is right, Newcastle have not been good enough recently – but when will that improvement he desires actually arrive?

The north east outfit have scored one goal in 12 hours of football and failed to even threaten against a team who last kept a clean sheet in July last night.

Newcastle have failed to enjoy more possession than their opponents in any Premier League game this season.

And it's the lack of attacking intent which is bothering fans on Tyneside.

Newcastle's run of games in the next month is not appealing, with Arsenal, Leeds, Everton, Crystal Palace, Southampton, Chelsea, Manchester United and Wolves to come before the end of February.

The club are currently eight clear of the drop at present.

But how much longer can Bruce say his side need to improve before another coach is brought in to ensure just that?