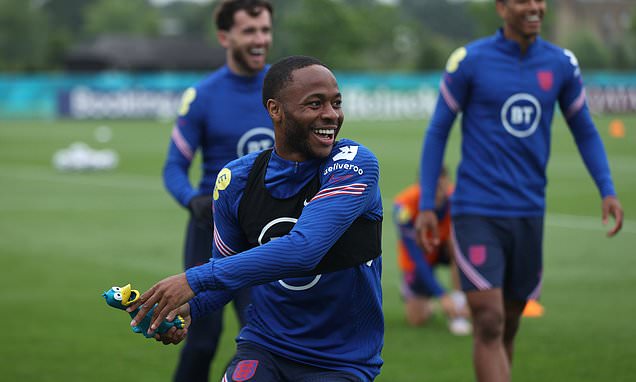 Raheem Sterling insists there’s been ‘a bit of an over-reaction’ to England’s goalless draw against Scotland: ‘I just feel there’s more of a panic on the outside than inside the building’

For England and their footballers, it has become a familiar sound. The steady hum of expectation followed by the thump of a reality check landing at their feet.

In major tournament summers, there are rarely any shades of grey and it was this, in part, that Raheem Sterling sat down to address on Sunday.

Despite the undeniable disappointment of a rather stale draw against Scotland on Friday night, the Manchester City winger was keen to underline that England’s position in Group D remains perfectly healthy. 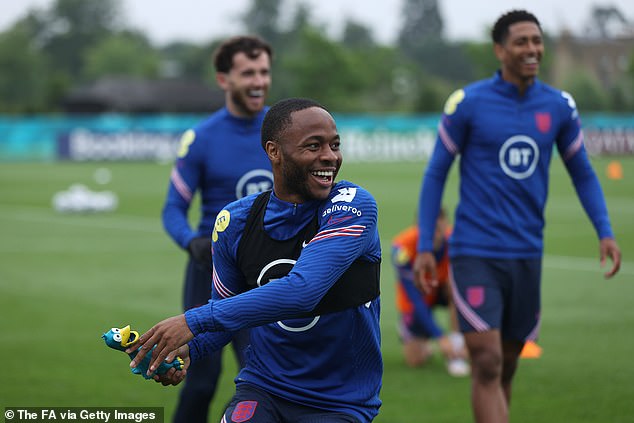 ‘It is tournament football and you can’t expect everything to go your way,’ said Sterling last night.

‘You can’t win every game but at the same time we have to take positives and the positive is we didn’t lose the game and we came out with a point.

‘I feel the fans have an expectation of us and, with the players we have in the squad, that is rightly so.

‘But as you can see from different games in the tournament, not just in our group but other groups as well, it is tricky in international football. It is not as easy as people think.’

Now that each of Euro 2020’s 24 teams have played at least two games, a pattern has emerged. Only Italy, Belgium and Holland won both their opening games. England are not the only major nation — France and Portugal are others — to have followed a promising opening game with something rather less impressive.

What is equally clear, however, is that England now need to improve. 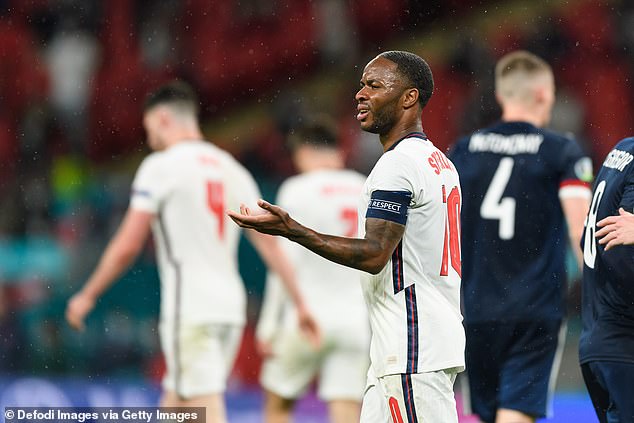 Victory against the Czech Republic on Wednesday is required not only to win the group and give Gareth Southgate’s team a home tie in the last 16 but also to restore the faith of a nation that perhaps saw too many familiar traits of uncertainty return against the Scots.

Sterling added: ‘I do feel there’s a bit of an over-reaction on the whole.

‘I just feel there’s more of a panic on the outside than inside the building.

‘At the same time the players who have been at a few tournaments, who have huge experience, try to help the other ones. I don’t see anyone in the camp that feels any pressure or feels hard done-by.

‘As much as we can inside the building, the best thing we can do is focus on the training field, focus on what’s being done inside. We really shouldn’t be looking at what the papers are saying, what pundits are saying. 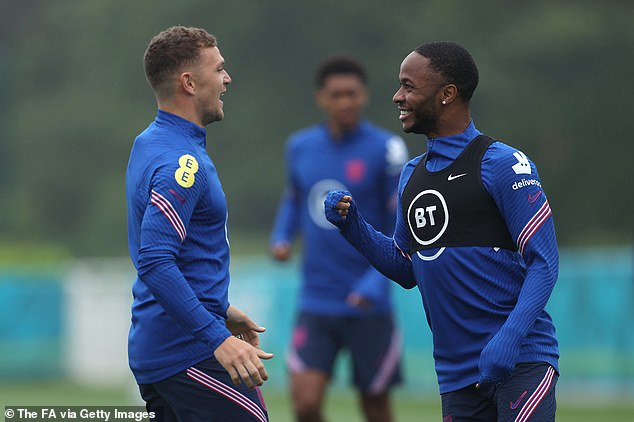 ‘That’s something we need to take for the rest of this tournament. The more you listen to outside noise, the more it can affect you. If you’re not really looking into that the better it is for you as an individual and as a collective as well.

Sterling is still only 26 but is approaching an important juncture of his career. After being central to so much of what City have achieved under Pep Guardiola, he found himself peripheral over the last three months of the season.

Sterling has not said much about all that, other than to say that he is ‘happy’ when he’s playing. It feels as though there is much more yet to come on that particular subject.

With England, his coach retains complete faith in a player who can be so destructive when he is at his free running, instinctive best.

Only once since September 2017 has Southgate not selected Sterling for a game that matters and he looks nailed on for another start on Tuesday. 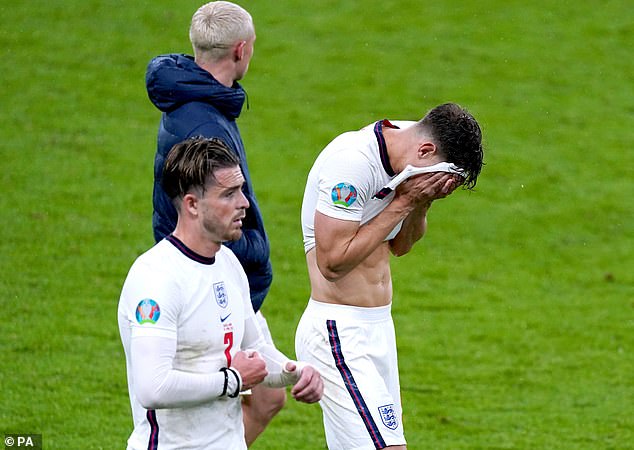 Aware that other players in the squad now look to him, he endeavoured to lead by example in both games and started brightly only to fade a little.

Now he accepts that each of England’s attacking players must show a little more of the character and enterprise that brought them to this level of the game in the first place.

Asked what was missing against Scotland, Sterling said: ‘A bit of personality from the whole team on the pitch.

‘In a game like that we need to show our personality a bit more. They came and threw things at us that we didn’t deal with well enough and I think with the ball we could have shown a bit more personality and dominated the game more.

‘It was a weird one to be involved in. There was no real structure to the game in terms of: “This team has possession for this amount of time and the next team has a bit”.

‘It was back to front — and it is not very often you will get games like that in international level. 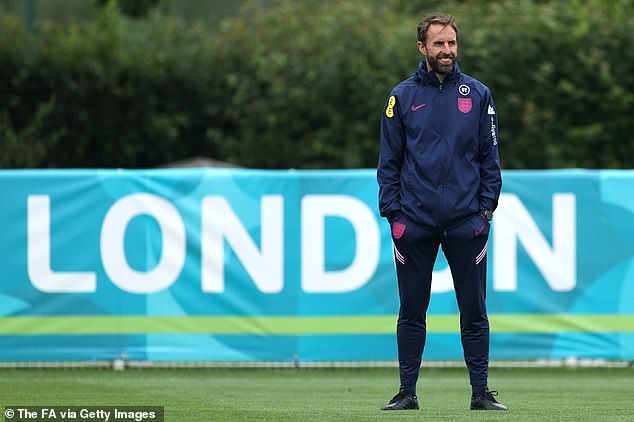 ‘As a team we need to know where to identify that and take control. We can’t get brought into playing a certain way when we want to use the ball a little better.’

As an analysis of the Scotland game, it was pretty accurate.

So too has been Southgate’s internal messaging that previous winners of World Cups and Euros have not always started a tournament well.

Victory on Tuesday at Wembley and much of Friday’s rain-soaked nothingness will indeed be forgotten.

‘It’s still early days and we’ve got a lot to build on and I truly do believe we can do that,’ added Sterling.

‘I keep stressing we’ve got four points and we’ve got one game to go. We’re going to need our fans on Tuesday to get us across the line.’