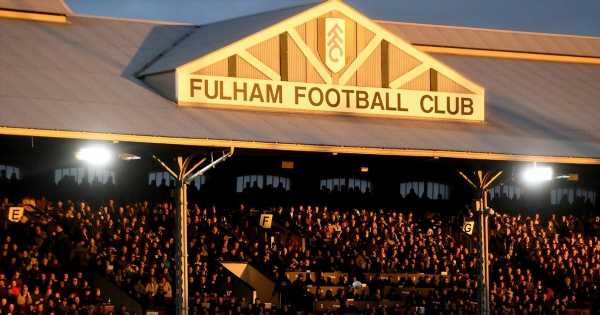 The Premier League clash between Spurs and Fulham at Craven Cottage has been delayed after 'transport issues'.

The tie, taking place at Craven Cottage, will now kick off at 8.15pm rather than the initial planned time of 8pm.

The decision to delay the game came after the District and Circle underground lines were suspended, two main routes for fans to reach Fulham's stadium. To make travelling even more complicated for supporters, the Hammersmith & City line and the Elizabeth line were also suspended.

The reason for the aforementioned lines being suspended is down to signal failure, it's been reported. Both the Premier League sides announced the game's delay via social media, with Fulham saying: "Tonight's kick-off has been delayed by 15 minutes due to local travel restrictions.” Spurs reaffirmed this by writing: “Kick-off in tonight's Premier League fixture at Fulham has been delayed until 8.15pm due to transport issues.”

Will Tottenham be able to beat Fulham? Let us know in the comments section

But Spurs fans didn't seem bothered by the delay and joked that their team doesn't get going until the latter stages of games. One fan quipped on Twitter: "We don’t normally turn up until 2nd half anyway so it’s all good." A second user echoed the cheeky sentiment and added: "We usually don’t start playing until later anyway."

And a third supporter pleaded for officials to push kick-off back until the second half. They asked: "Any chance you could delay it till the second half?." There's more than bragging rights at stake for the opposing London teams as a win for Fulham will see them leapfrog Spurs who are two points ahead of them into fifth in the Prem.

And both sides will be desperate for victory after they lost their last games in the division. Fulham were defeated 1-0 by Newcastle, and Tottenham were thumped 4-2 by Manchester City.

This is a breaking sports story and is being constantly updated with the latest news, pictures and videos. Please refresh the page regularly.

You can also get email updates on the day’s biggest sports stories straight to your inbox by signing up for our sports newsletter .

Get all the very best sports news, pictures, opinion and video by following Daily Star every time you see our name.

Keep up-to-date with your must-see sports stories, features, videos and pictures throughout the day by following us on Facebook at https://www.facebook.com/DailyStarFootball